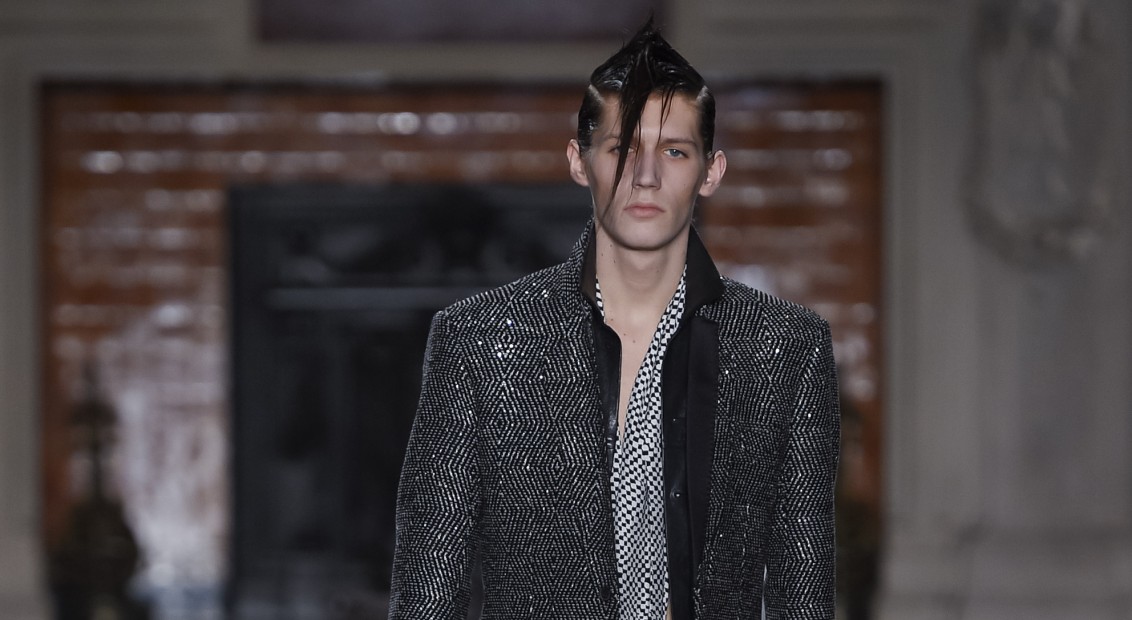 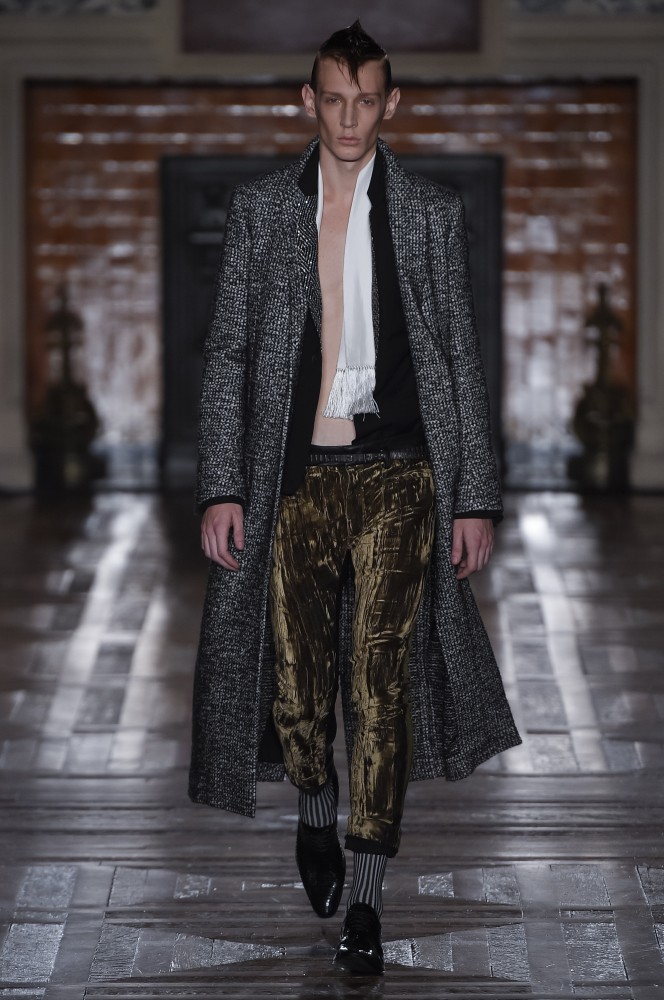 Boys’ hair was slicked down and held up while bods were left on show with wet-look leather pants hanging around their waists. Collars and lapels were left up – fabricated in crushed velvet, the same fabric that was thrown on mandarin-collared jackets and long coats. Patterns were subtle, and some were even amalgamated at sleeves and waists acting as gradients.

One shirt was a bit Adam Ant: at first it looked ruffled; up close it was laced-up and tightened with the strings left hanging. All of these core components were gelled – it seemed – in an unpremeditated manner. Getting that uncontrived vibe is no small feat but Ackermann nailed it.