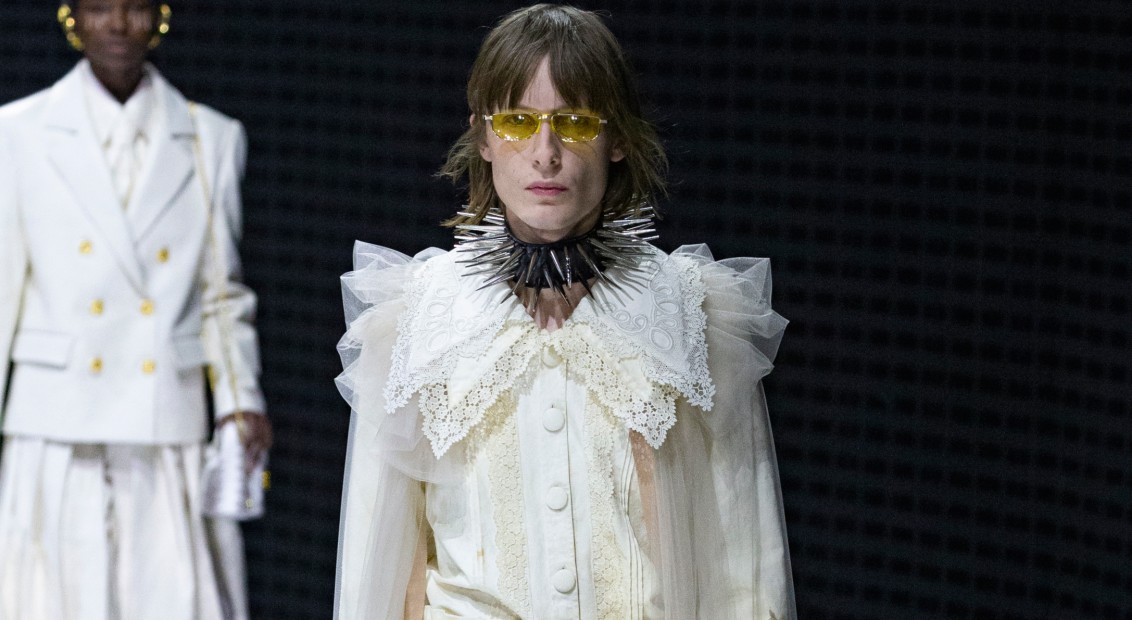 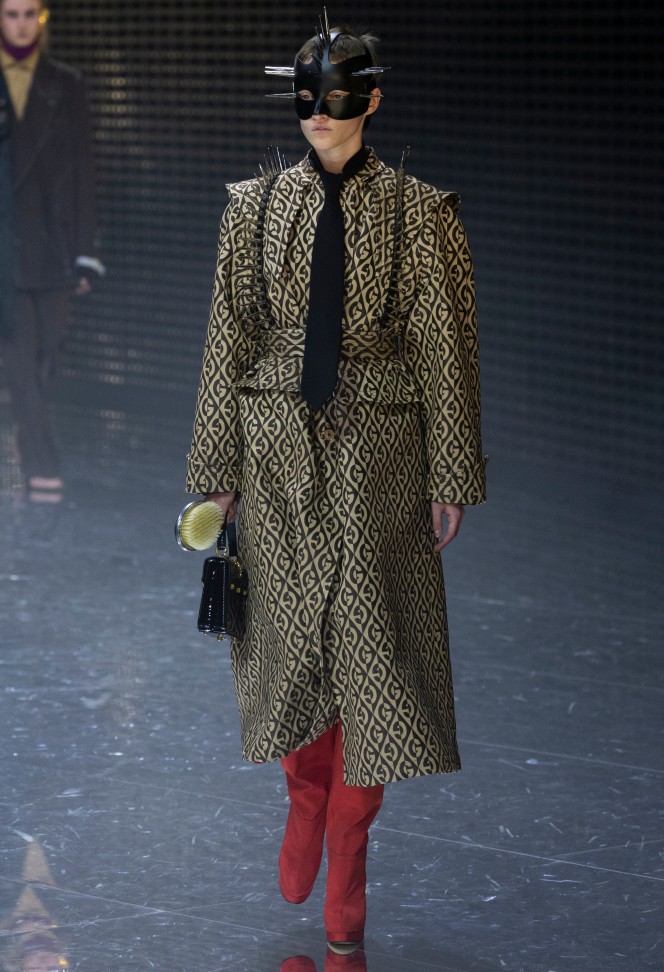 The invitation to Alessandro Michele’s FW19 show took the form of a Hellenistic relic: a cast of the head of Hermaphroditus presented inside a miniature box. Hermaphroditus, the child of Aphrodite and Hermes, was, according to Ovid, born a remarkably handsome boy before falling in love with the water nymph Salmacis and praying to the Gods to become united in a single fused form. Thus the symbol of Hermaphroditus hinted at what was to be an androgynous collection, full of oversized tailoring and carnival-esque masks that represented the different faces we wear in daily life.

The showspace inside Gucci’s HQ featured an elliptical runway framed by 120,000 lightbulbs and swathed in mirrored panels that projected and refracted sparkling beams of light like a vast kaleidoscope, mirroring the eclectic collection from all angles. The show opened to the sound of roaring lions and noises from the jungle, which transitioned into the 19th century carol Gabriel’s Message as models began to make their way onto the runway, some featuring appliquéd weeping Madonna tears while others wore heavy jewel-encrusted crucifixes around their necks. ICYMI members of aussie scuzz band Amyl and The Sniffers walked alongside Hannes Ferm (AKA Holy) and if those names mean nothing to you, sort it out, pronto.

As with all of Michele’s collections, the looks on offer were a maximalist clash of fabrics and prints, ranging from florals and checks to pinstripes and animal print. There were three-piece suits, wide ties, 70s-inflected flouncy pussy-bow blouses as well as high-waisted balloon trousers and a harlequin print dress that recalled the attire of a clown. Two stand-out pieces were a sequin-embellished white coat with leopard print panels and a faux-fur leopard print coat trimmed with purple faux fur the shade of sacramental wine (Gucci went fur-free last year). Fetishistic leather masks and chokers studded with spikes accented the looks, as well as gold-plated ear cuffs that covered the entire ear – inspired by a 24-carat sculptural gold ear by the artist Eduardo Costa, featured in a 1968 issue of Vogue.