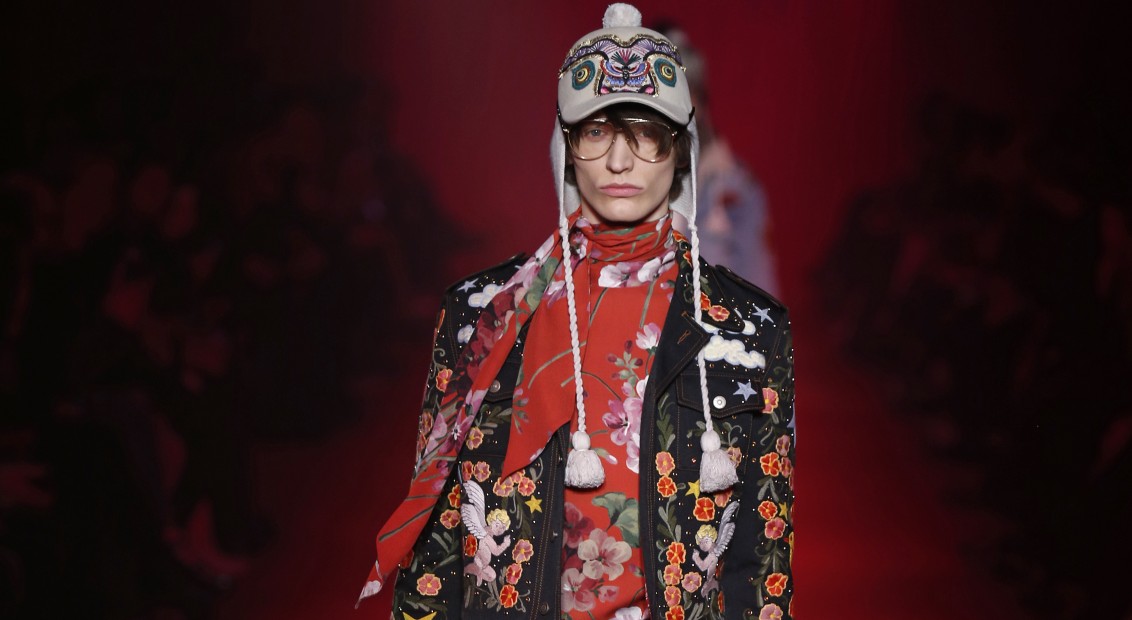 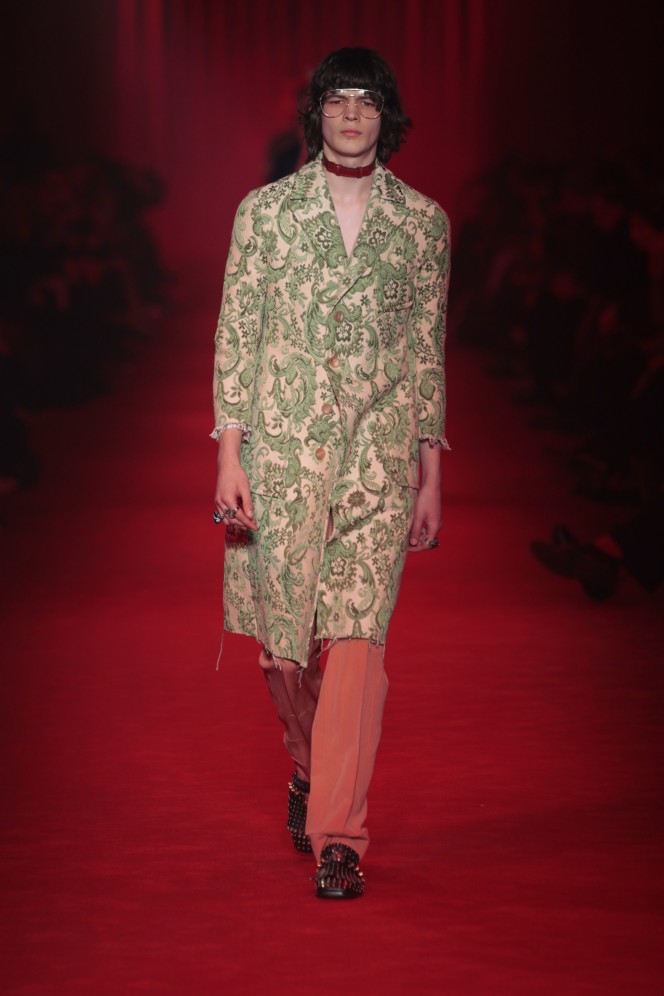 Alessandro Michele’s reigniting of Gucci has been swift and exciting. The relatively unknown designer had worked under Friday Giannini, quietly stepping into the creative director role following her departure at the end of 2014. In a handful of seasons since, he’s pumped energy and relevancy into the history-steeped icon.

One of the trickiest factors that comes into play for any designer recruited to steer a heritage house is the balancing of past with present, all the while looking to the future enough to give industry stomachs a sharp flip. It’s about meeting (and beating) retail targets, satisfying the man (press and buyers), all the while staying true enough to the house’s DNA so that it retains that which ultimately draws its following. Michele has dealt with all this dextrously (he took away the International Designer Award at the British Fashion Awards just months ago). He gets the importance of memory, so much so that yesterday’s menswear show in Milan was largely themed around it.

“The FW16 collection moves inside this field of poetic reactivation. A field that destroys and liberates at the same time.” The notes spoke of history: once “buried and embalmed” it resurfaces, in doing so making itself available for new meanings. There was a whiff of eighties in the loose silk trousers and tourist jackets worn with Jesus sandals, Eastern influences in embroidered tunics, classic Italian tailoring in cropped (and not a little feminine) suiting, Southern California surfer in the shorts and trailing beads and rock ’n’ roll everywhere – from Hendrix to Jagger to Bowie and Joplin, the greats were present in the clothes.

There’s a familiarity to Michele’s designs that makes them approachable, and desirable. It’s likely the Gucci-esque punctuations that work their way in via accessories (belts are go) and lavish textiles. But it’s also in the way it’s all put together, every piece looks like it has a story to tell and each wear develops the narrative further. It makes clothes feel personal, and over everything else, it’s fun. Michele’s not afraid to loosen the collar, and put a bit of himself in there in the process. We look forward to seeing what comes next.