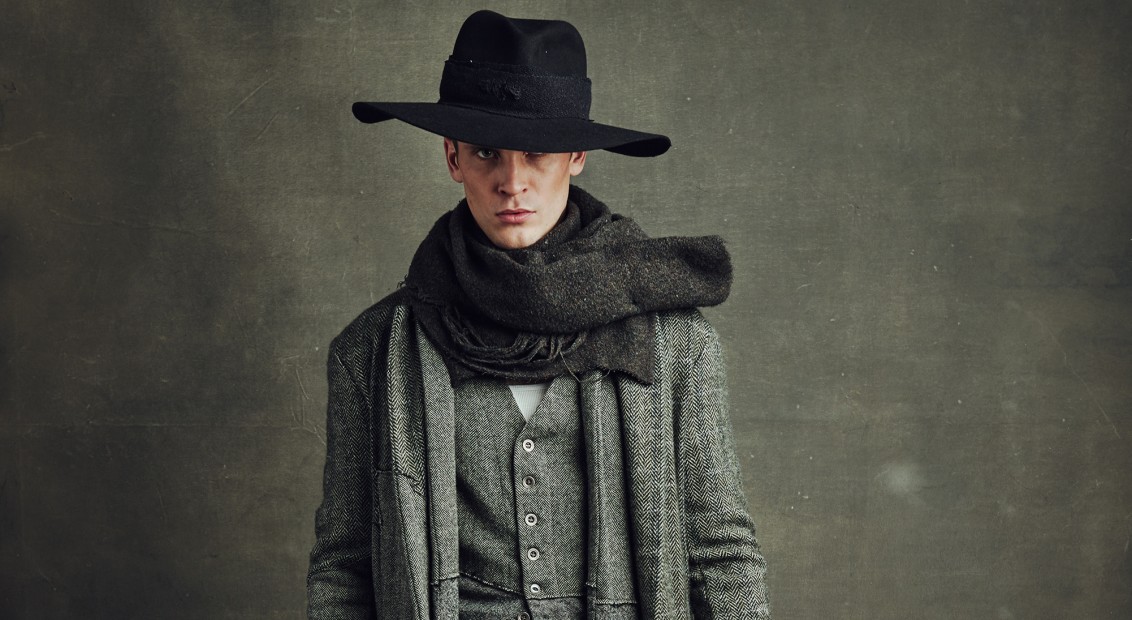 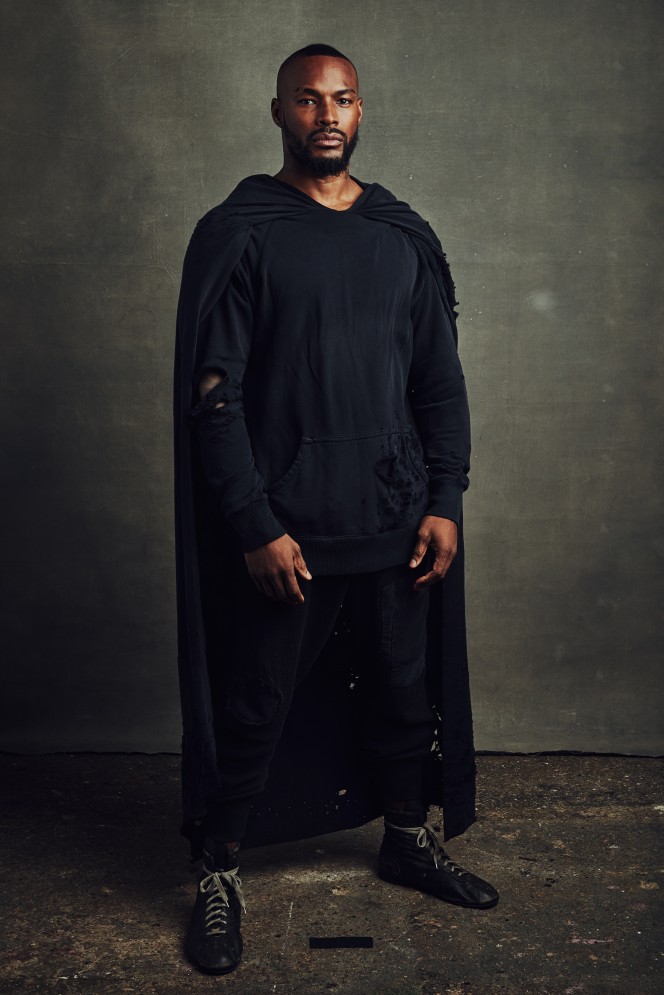 Utility was the key theme at Greg Lauren’s FW16 collection, engineered primarily in a neutral colour palette and based on key pieces reimagined through unconventional silhouettes. Steering clear of runway conventions, the designer had his models in the ring shadow-boxing as opposed to the traditional format, demonstrating the functionality and wearability of each piece.

A series of drop-crotch bottoms were so exaggerated that they more closely resembled skirts than trousers, whereas elsewhere more traditional pieces were fitted with a cross-over skirt panel. The outerwear was often military in its aesthetic, including a range of lightweight parkas destined to become a commercial hit.

As for accessories, Lauren followed through with his vision of exaggerated proportions and showed tasseled scarves which were almost floor-length. The poncho also made a rare appearance on the menswear circuit, created in a bright scarlet with brown leather strap detailing on the shoulders. Despite the aggressive boxing in the ring and the countless military references, Lauren succeeded in taking traditional menswear silhouettes as a jumping-off point and reworking them into a collection which was muted, modern and fresh.