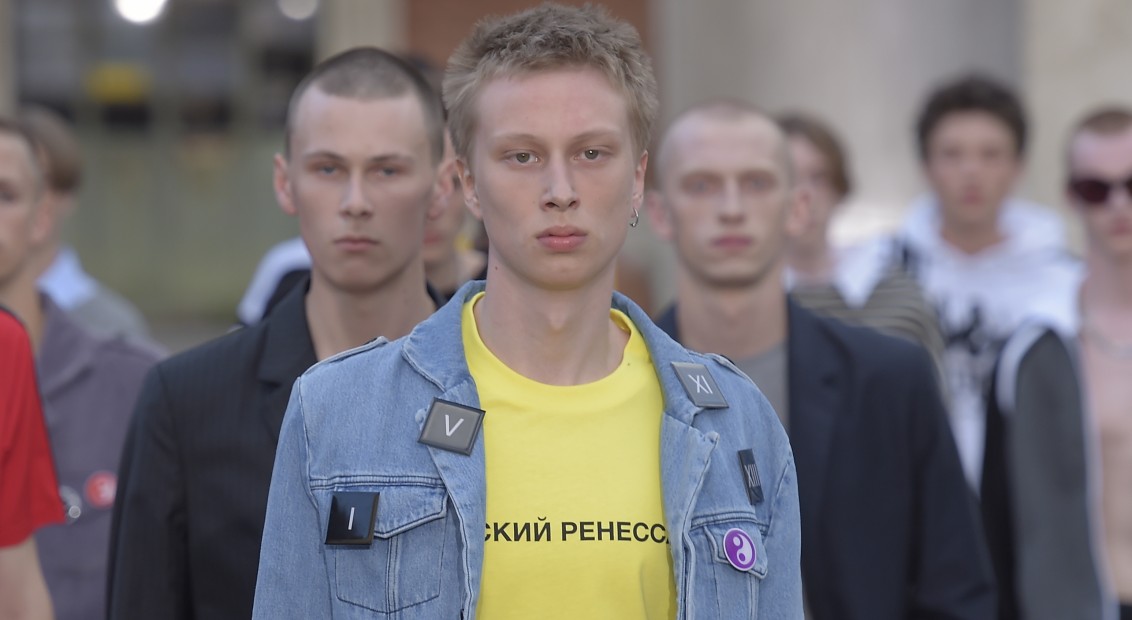 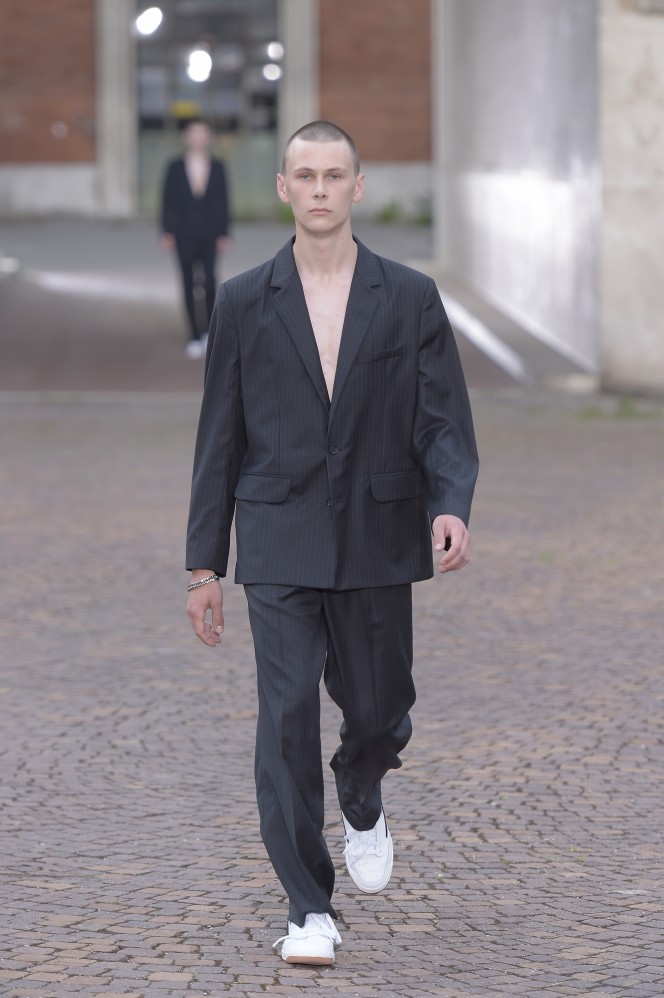 Having shown his past four collections in Paris, this season Gosha Rubchinskiy relocated to Florence, a city close to the designer’s artistic values – he cites Florence-born Botticelli as his favourite artist, and Da Vinci a close second – marking a fresh locale and a zealous stride.

Showing as part of the Pitti Uomo schedule, Rubchinskiy’s Italian interpretation was drawn with soviet ink, exploring parallels between Italian and Russian cultural codes and shifting the dialogue he articulates so deftly. Ignoring Florence’s numerous grandiose buildings, the 31-year old designer opted instead for a ruined example of Italian constructivism, showing the collection al fresco within the circular courtyard of an abandoned tobacco factory, built in the 1930s and vacant since 2000 (“the most Russian-looking building in Florence”, in the words of his stylist, Lotta Volkova).

Deliberate as always, Rubchinskiy’s architectural decision was a direct indication of his narrative. The constructivism movement – that originated and flourished in Russia – sought to abolish the traditional artistic concern with composition, and replace it with construction in the hope of yielding ideas that could be put to use in mass production, serving the ends of the Communist regime.

Although no longer politically relevant to Rubchinskiy’s native country, this ethos was echoed through the designer’s output. That merging of artistic value and mass consumerism played out via vintage Italian sports logos (a nod back to his FW15 Paninaro collection), Kappa, Fila, Lotto and Sergio Tacchini were all pulled and thrown across tops, down legs and up socks. Here are the badges of mass culture that represent consumer allegiance, “as connected to the past as they are relevant today,” read the show notes – as ingrained in Italian culture as The Birth of Venus. And that’s the hook that drives Gosha-ites insane, he designs with that same covetable accessibility as these sports brands he appropriates, facilitating an open door cult that operates an initiation policy established via attitude, rather than if you physically own the clothing.

In light of the recent horrific Orlando shootings and the upcoming EU referendum, previous shows this season have already proven that fashion can be a powerfully evocative vehicle of harmony and unification. Fearful of Russia and Britain’s increasing isolation, togetherness was the moral Rubchinskiy spread, both subtly – casting via Instagram, this SS17 gang came with a global twist – and clear-cut – Yin Yang symbols featured and one particular sweatshirt poised the question “Europa?”

Whilst Moscow-based producer Buttechno provided the pulse, Rubchinskiy injected the adrenaline that set hearts beating to a harmonised rhythm.