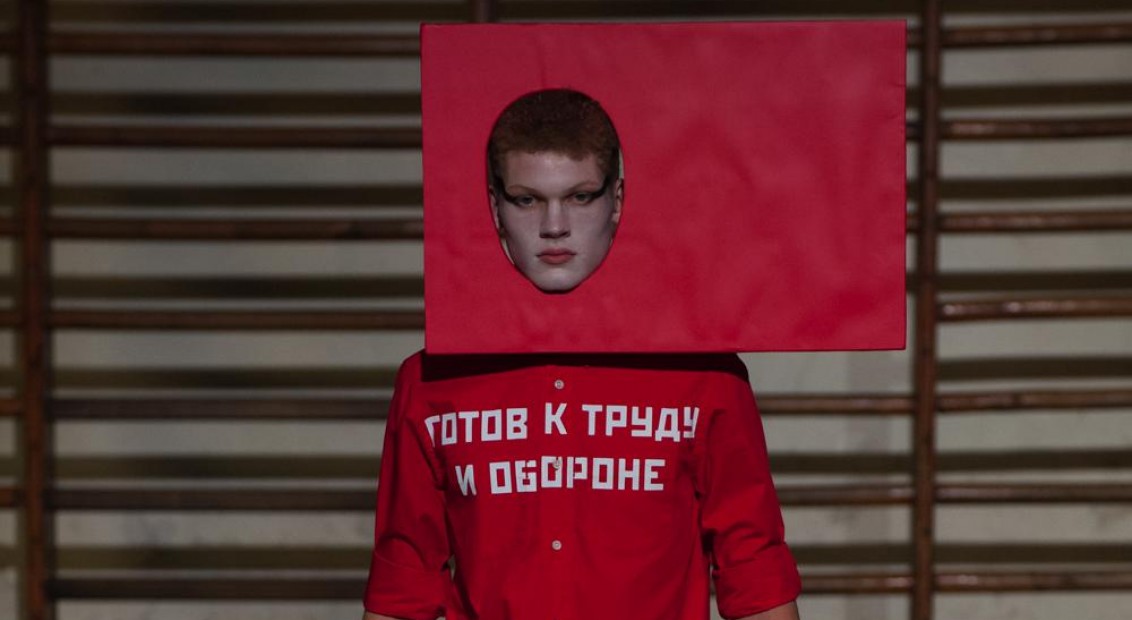 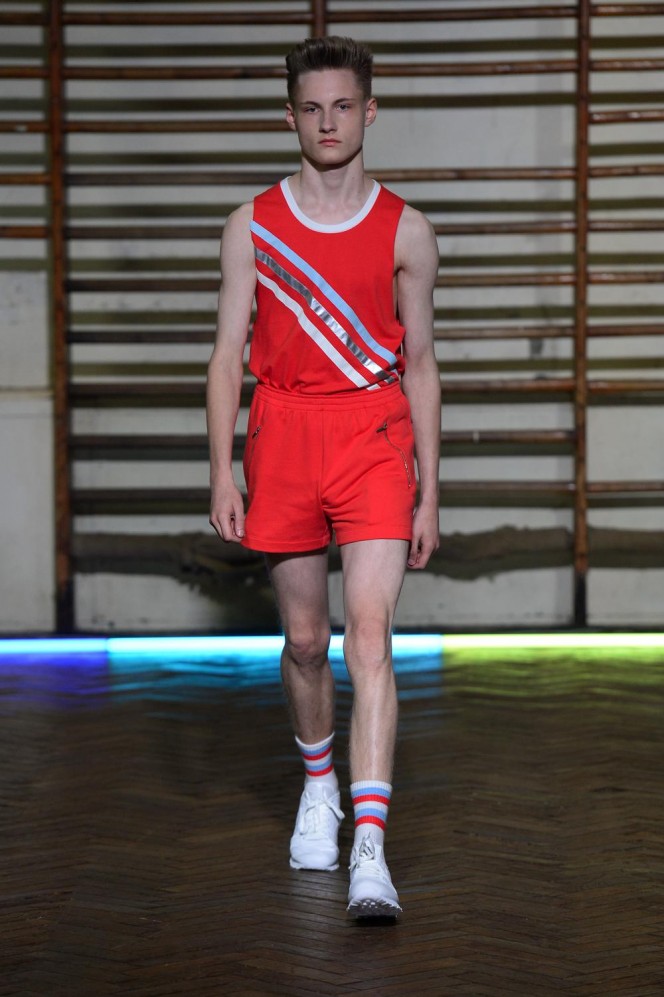 Back for a third time in Paris, Gosha Rubchinskiy took his boys to the catwalk on the opening day – and brought it. It’s becoming a regular occurrence for the Russian designer, photographer and filmmaker, putting out collections that feel fresher than many of the rest of the menswear circuit shows put together. Rubchinskiy’s output channels the raw energy of Post-Soviet youth. His models are the boys that fill Moscow’s skate parks and St Petersberg’s underground rave scene, his medium are the clothes, his message Russian youth culture.

And while many designers will find inspiration in a decade, an overwhelming movement, Rubchinskiy has found his groove in the channeling of a very specific aspect of life there. Last season it was slogan appropriation via a political comment on Russian-Chinese relations. This week, it was 1984. Rubchinskiy explained that Moscow kids borrow a hefty slice of influence from this time when walking out their doors, its apparent in the clothes on their backs and the tunes rattling their headphones.

To beats by Moscow producer BUTTECHNO they took to a rundown basketball court built by the YMCA in the late 19th century like a vivid teen Soviet sports team on a mission for victory. The collection was lurid in the right way, sporty in its clash of vintage vibes and slightly askew modernity.

Those in-your-face graphics? Rubchinskiy had looked to the constructivist aesthetic of Alexander Rodchenko (check those headdresses), paired with the signature Gosha trackpant or skin swathing shorts and pulled up socks it was streetwise and brilliantly uncool. But hold up – Gosha’s boys pick their references from the things they see (like the colour blocked shirts Bill Crosby’s show made famous from 1984), ‘cool’ or ‘uncool’ doesn’t come into it. If you like it, wear it. That’s it.