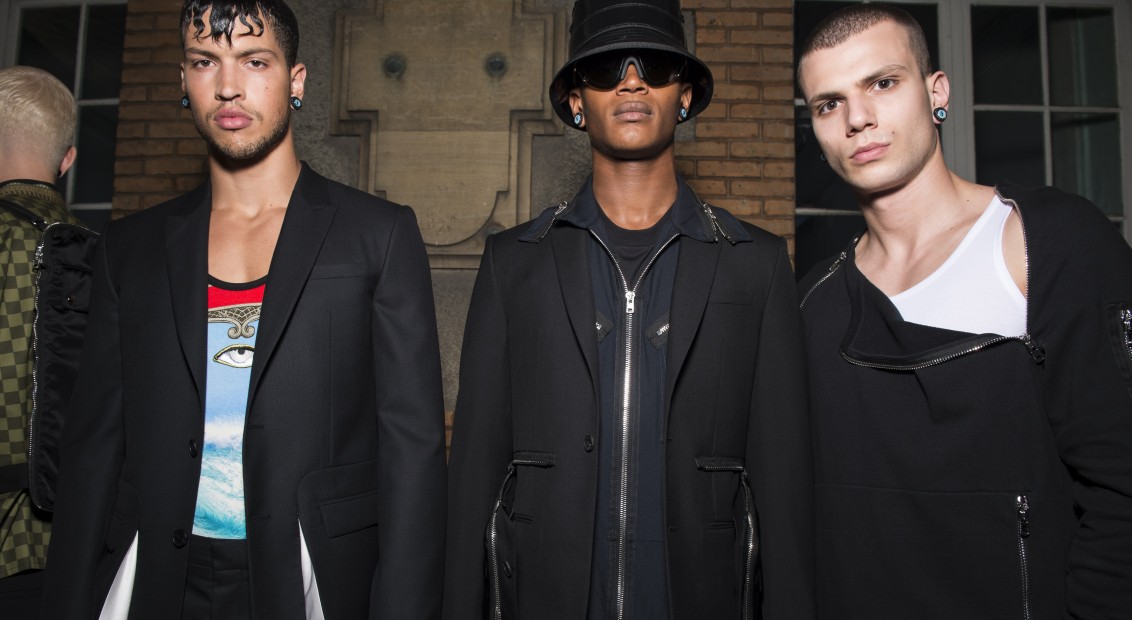 Givenchy is synonymous with dark romanticism. It’s a staple creative director Riccardo Tisci has honed via his own singular vision for the house, one which ran strong for SS17.

An entrance of alternate black and white partitions lead attendees to the SS17 show venue, The Lycée Janson de Sailly, the courtyard of a secondary school (everything sounds better in French). Cue elevated streetwear and sharpened tailoring, inspired by Tisci’s wanting to create a wardrobe for the ‘urban traveller’. It’s a theme that has run across several collections in Milan and Paris this season, and which serves as a reminder of the global headspace that informs designers endlessly. Suiting was adorned with fragmented mirror decals and geometric appliqué, while an air of sophistication was extended to the more casual pieces: tanks, shirts and sweaters were cut out and edged with zipper detail to reveal checkered patterns and a bit of bling. Long, exaggerated lines in pinstripe three-piece ensembles provided a playful element, but none more than the ocean print on short shirt sleeves that injected some colour.

And then there were the women, who in the latter part of the show walked beside their menswear compatriots. Complete with Bella Hadid and Kendall Jenner, they wore the house’s Couture FW16 collection: long gowns of chiffon and silk were ample with Swarovski crystals and ostrich feathers. Think cinched in, tulle-defined waistlines, wrapped bodices and elaborate fringing.

Some of the gowns were a little bit Romeo and Juliet (Baz Luhrmann’s 1996 take on the classic), a feel which carried through to the boys too. Hyperbolic trousers (a pair in flame red felt very Beastie Boys – who featured on the film’s soundtrack), bright printed shirts, bucket hats and holster-type bags slung over the chest.

Layering was cohesive in the garments themselves, rather than left for styling, as button ups were given pierced collars, outerwear detached metal detailing, and shoulders dressed with patent leather and velvet patches. Tisci’s love for travel and military references manifested through a camouflage palette of moss greens that integrated with imagery of the American dollar. T-shirts emblazoned with Benjamin Franklin and its repetition hinted at a politically-minded frame of thought, relevant to current affairs in 2016. To look beyond the face value of wealth and instead to the wealth of travel and free mobility was an apt message considering very recent events. 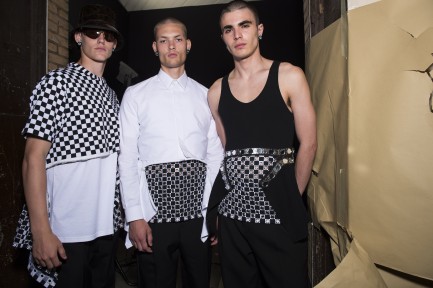