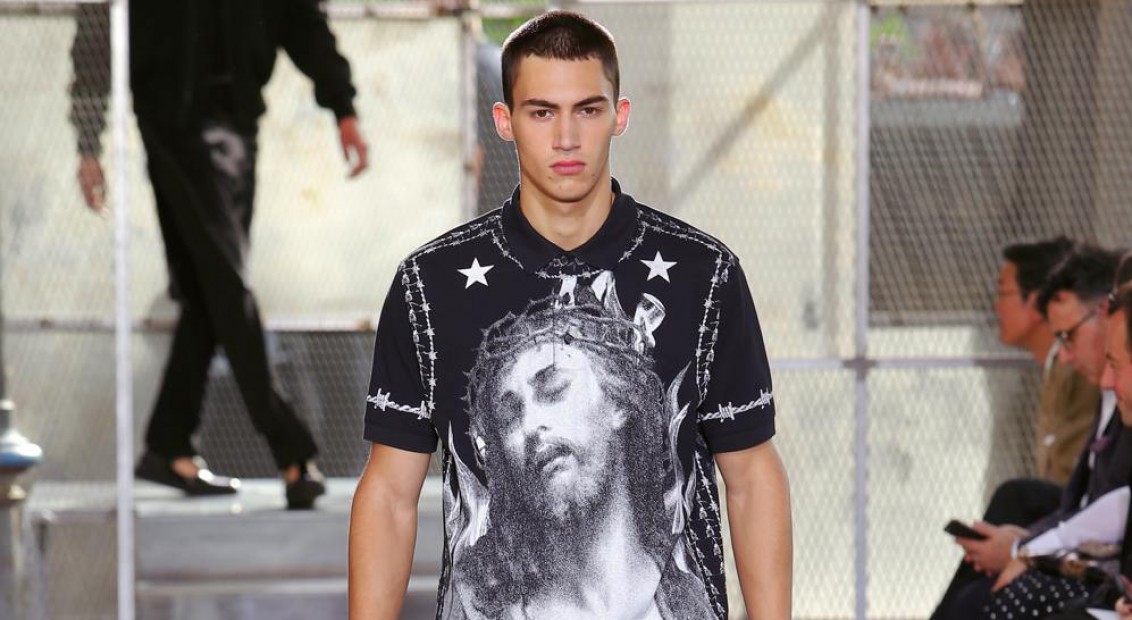 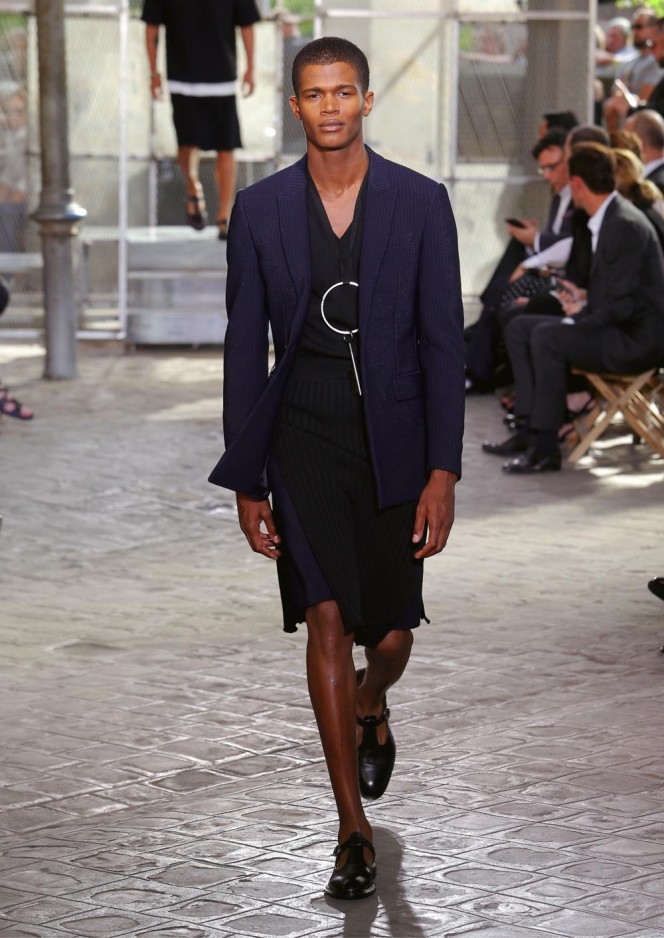 It’s impossible to talk about Givenchy’s men’s show without referencing the women. Choosing to show his couture collection in between men’s looks, Riccardo Tisci had a typically impressive roster of models: Kendall Jenner, Candice Swanepoel, Jamie Bochert – the Givenchy ‘gang.’ It culminated with Naomi Campbell walking out in underwear, suspenders and a tux jacket. For Tisci, strong women are a cornerstone.

But amongst the flurry of picture-taking that this prompted, men remained essential for imagining and populating the Givenchy world. The women represented fantasy and the intricacies of haute couture, a welcome surprise considering the designer no longer shows on the couture schedule. Meanwhile, the men sailed Tisci’s take on reality. These were caged prison boys, tough and muscular, wearing a play on the jailhouse uniform – boxy v-neck tops, sporty basketball shorts, overalls. Some even wore the jailer’s key around their neck.

It was thinking about the jailhouse that also prompted Tisci to use the image of Jesus throughout the collection. It’s not the first time he’s played with biblical iconography, but this time the inspiration was not drawn from the paintings of the Catholic church, but instead was supposed to echo those stuck up on cell walls or tattooed onto inmates bodies. Found emblazoned in prints and patches, it became the driving force of the men’s collection, omnipotent and provocative.