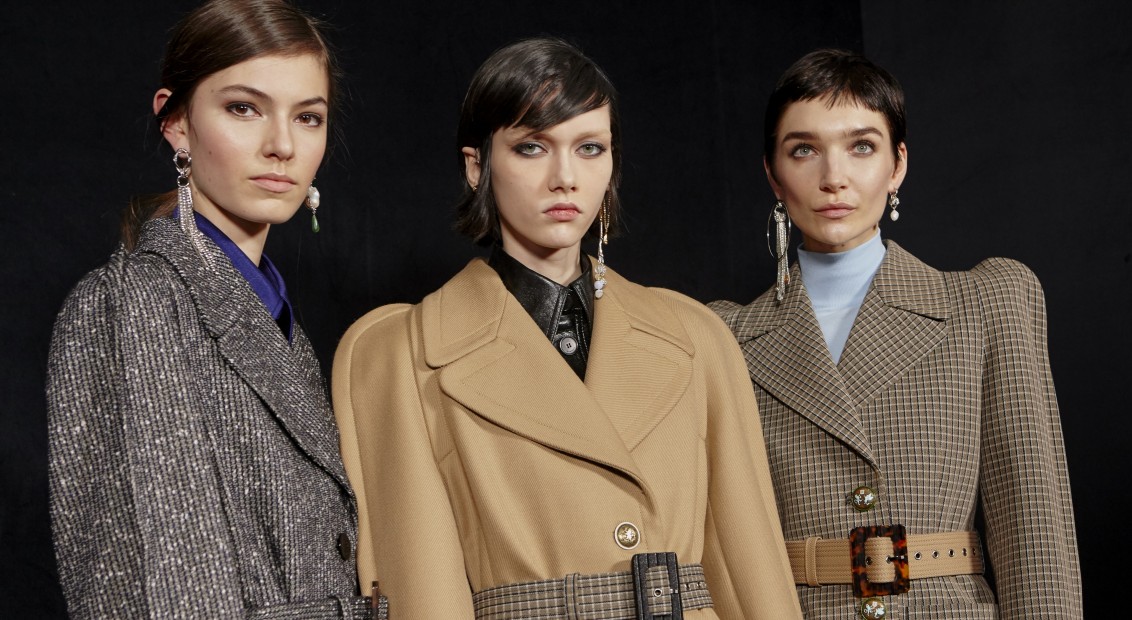 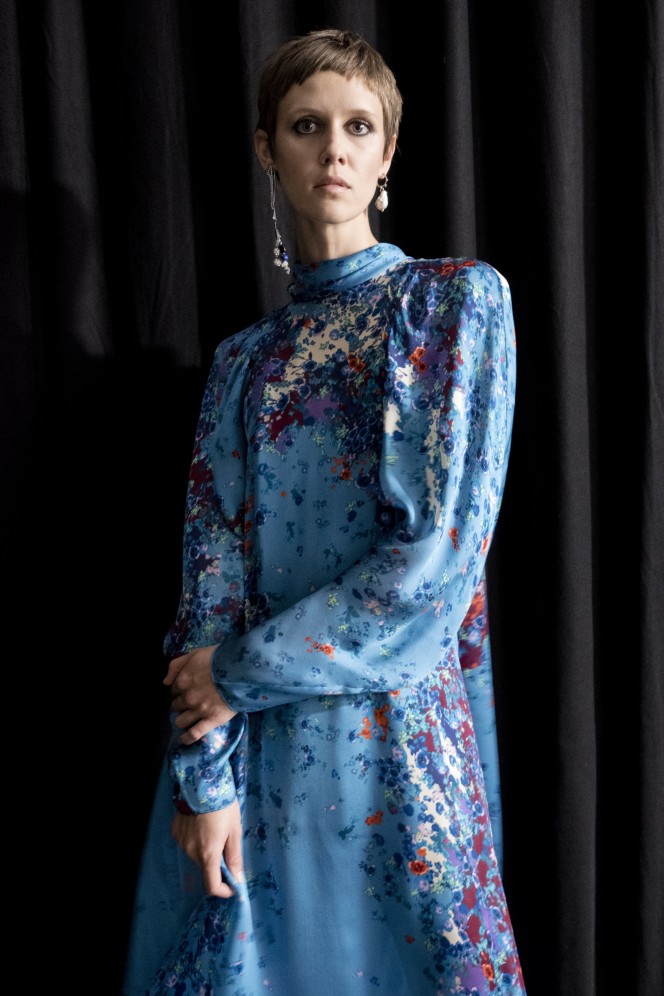 For FW19, Clare Waight Keller unveiled a collection she dubbed ‘The Winter of Eden’ – essentially, this was her seductive sartorial interpretation of the origin story. Staged in almost complete darkness, models emerged from a gap in the wall obscured by a dense cloud of unfurling smoke. The references were cleverly executed: a two-tone snakeskin longline coat was styled with a corresponding bag, while a puff-sleeved suit in a poisonous-green shade was teamed with ultra-high platform shoes. Similarly sculpted coats made from Japanese Herringbone harkened back to the 1940s, as did leather belts with gold chain detailing intended to cinch blazers in at the waist.

Silhouettes from the 1970s also surfaced; maxi-length floral-print stretch plisse dresses opened like flowers around the neckline and exploded into foliage-like ruffles across one asymmetric shoulder. Elsewhere, an all-black leather jacket and miniskirt ensemble looked emblematic of an emphatically unrepentant Eve. Male models also stepped out in silken white double-breasted jackets – perhaps a subtle nod from the designer to Adam’s supposed purity. Traversing several decades and making use of a plethora of sumptuous materials, this was a tempting offering from Waight Keller indeed.