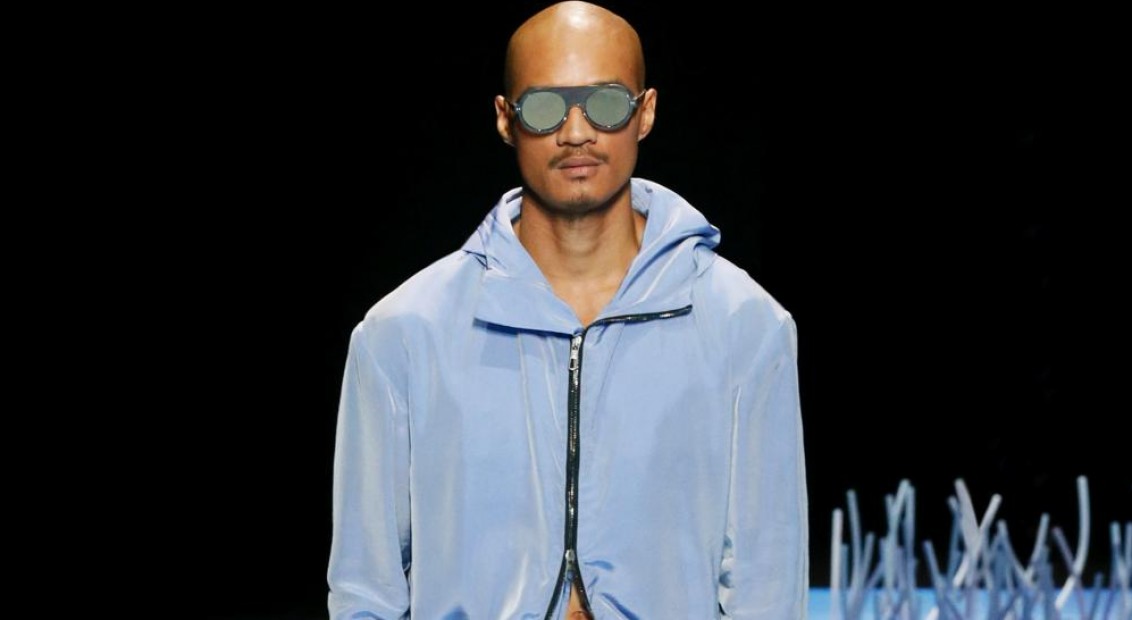 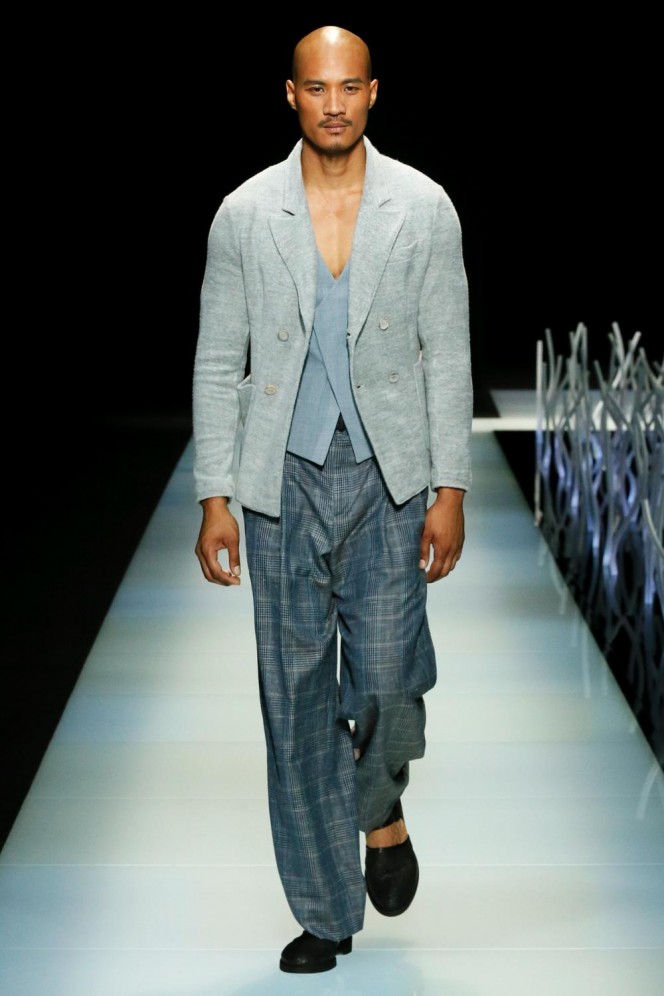 When you’ve been designing for as long as Giorgio Armani, effort is a foreign language. The designer is going 40-years strong and injecting casual ease into his collections comes as easily as yesterday’s models seemed to float down the runway.

Draped in the signature Armani tailoring (real relaxed, a la Richard Gere as Edward Lewis in Pretty Woman), jackets slightly cropped and trousers pleated and cut off just above the ankle and elsewhere mid calf, hues stuck to the Armani familiar – awash in shades of blue and dove grey.

There were neck ties and soft patterned knits and as we progressed things got more and more Ed Lew, suit jackets lengthening and cast with a slight shimmer to feel ever more 80s. Considering these were the years Armani made his biggest impact on menswear, it’s a feat in itself that the designer continues to ignite the two-piece suit.

Still, the sportier looks towards the end of the show remind us of his subtle versatility to tweak what men feel like they should wear to suit what they actually want to wear. Take the final look, zip hoodie open to the belly button. All you have to do is walk out the door.