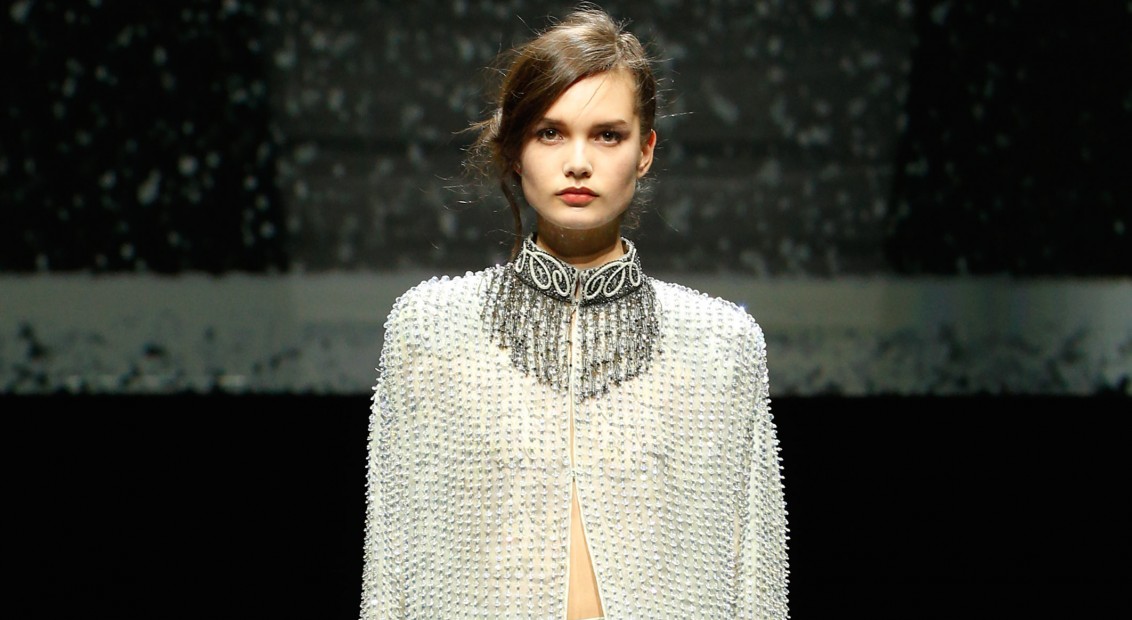 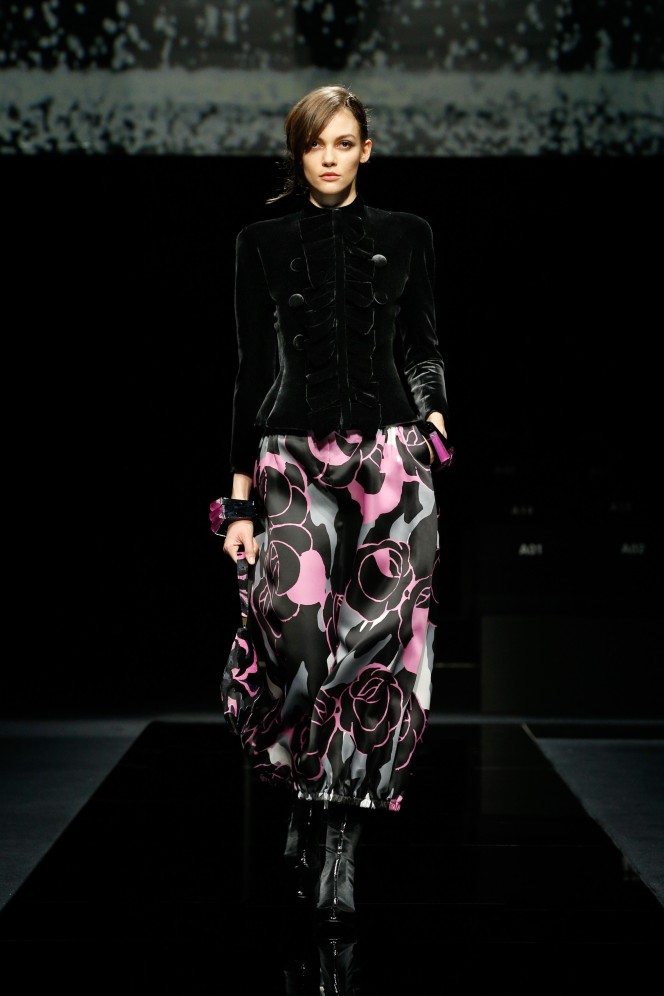 Fear of Italy’s coronavirus outbreak hung heavily over the Giorgio Armani FW20 show, which took place this weekend in an empty Milanese teatro. The designer still made his customary, triumphant closing appearance, but this time he did so after a procession of twelve models stepped out in archive Giorgio Armani Privé looks – from SS09 and SS19, both seasons inspired heavily by Chinese tradition and culture.  It was a “message of love” to the country, currently battling an unprecedented epidemic.

History was writ large across the sprawling collection, which fused a romantic aesthetic with a classical soundtrack. Ruffles, fringe and layers of twisted fabric recurred throughout, adding interest to one-shouldered cocktail gowns and tight-hugging blazers, whose curved lines created a softly-corseted effect.

The occasional flash of plissé and silk lightened up the collection, but black velvet was this season’s go-to fabric: from nipped-in jackets with contrast piping to maxi dresses with metallic epaulettes, FW20 offered die-hard Armani fans a wealth of new variations on the Giorgio design signatures.