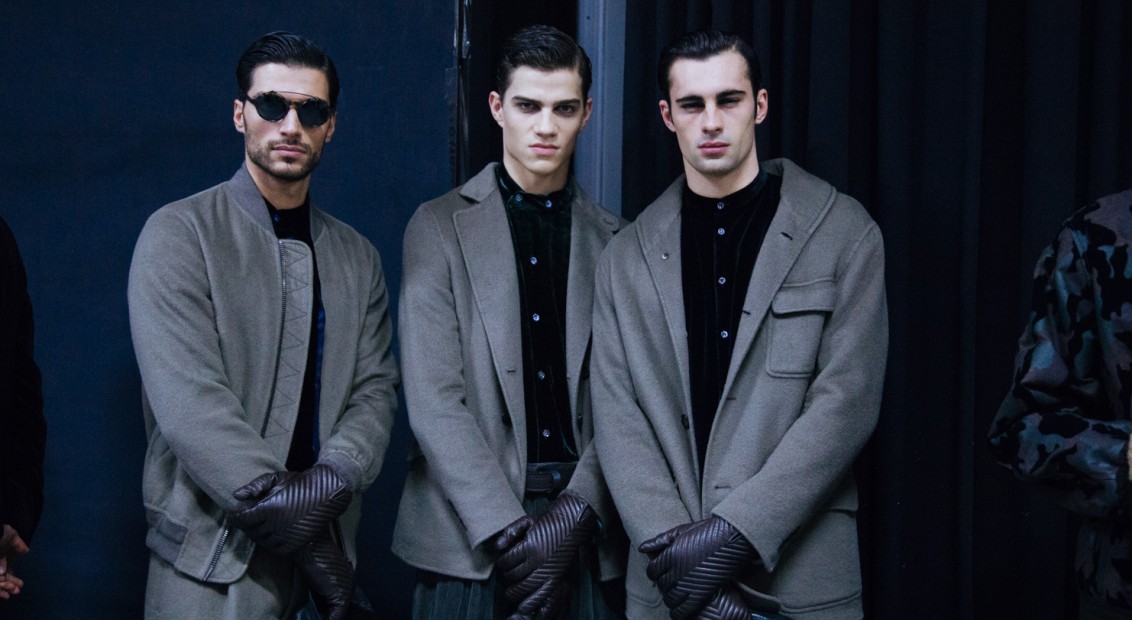 The Armani fashion house has seen much change in the last year, ceasing their Armani Collezioni and Armani Jeans brands and streamlining down to just three lines; Emporio Armani, A|X Armani Exchange and the higher-end Giorgio Armani.

“Men who dress carefully, without frivolity” and the nostalgic adventurer notion of ‘Man drawing on memories’ – this was the M.O. at Giorgio Armani this season. With nearly 100 looks the collection was comprehensive, ranging from separates, outerwear and full suits. Blazers were plentiful, in both single and double breasted version and and various material textures. The nod to the explorer came in form of trousers with a cargo/jogger silhouette and accessories including boots, backpacks and earmuffs. Tailoring and outerwear were the highlight including a grey borg collared jacket and and a simple blue bomber with linear design detailing. In the Giorgio Armani vocab, to dress “carefully” does not mean without panache. 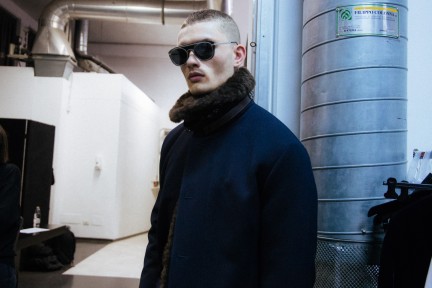