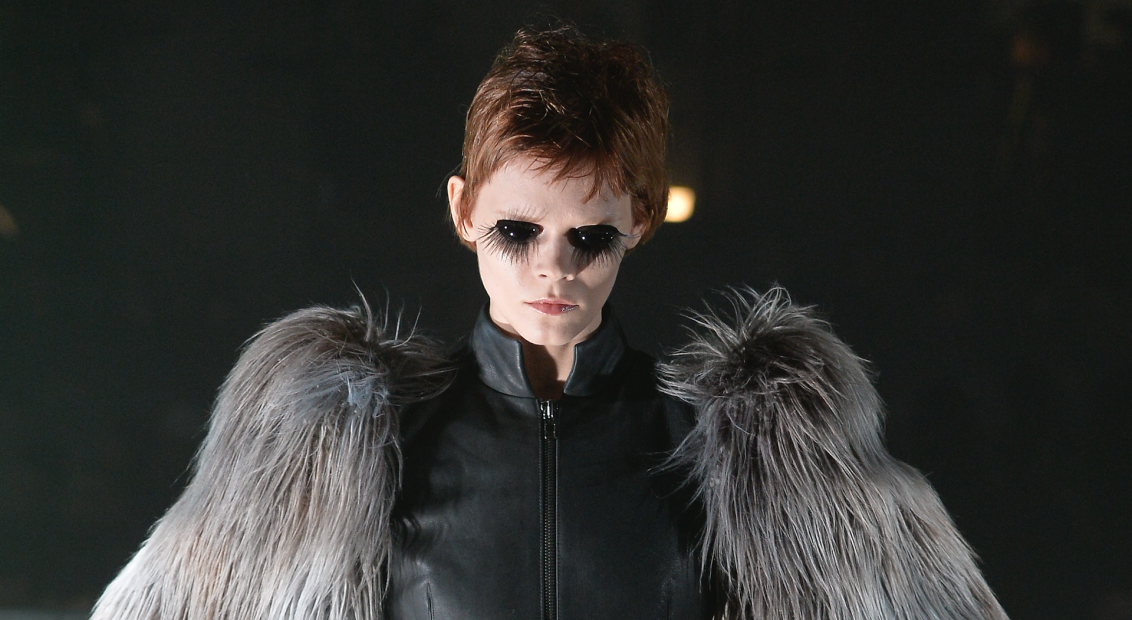 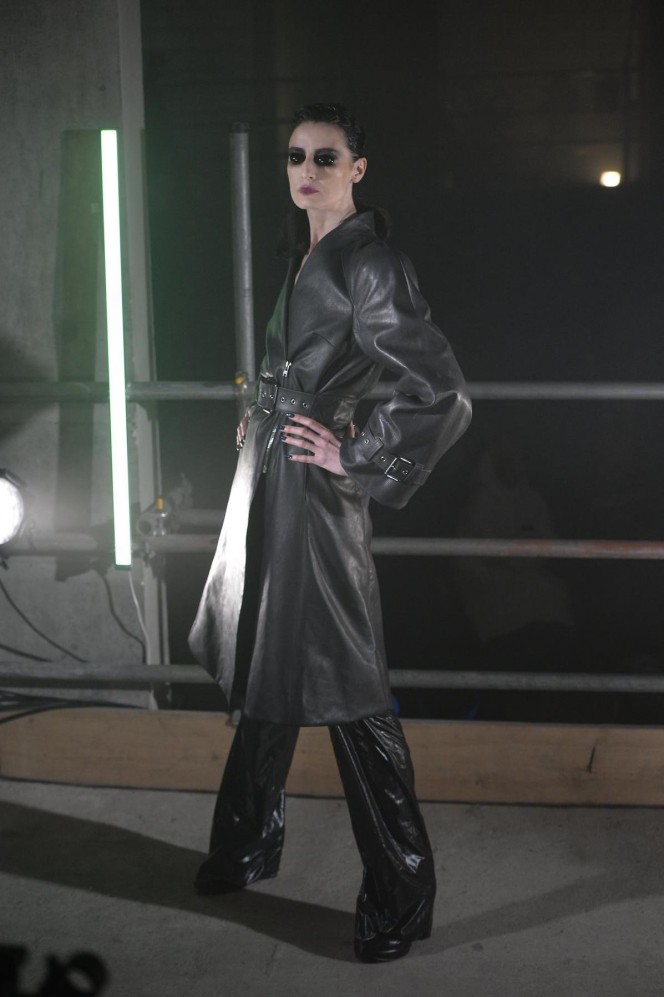 Earlier this week, Gareth Pugh released Llorando, a short fashion film to prelude his FW17 collection. The film features Latin American singer/songwriter Rebekah Del Rio, who rose to fame during the noughties for her cameo in David Lynch’s Mulholland Drive. Pugh pays homage to Del Rio’s performance, where she sings Llorando (a Spanish-language version of Roy Orbison’s Crying) before collapsing on stage. The film also includes the quote “Tis the time’s plague when madmen lead the blind” from William Shakespeare’s King Lear –charged with political undertones, it was the perfect teaser to what unfolded at Pugh’s epic show in London last night.

The invitation read Collins Music Hall, the address of a disused underground theatre in the heart of Islington. With the facade completely boarded up, we entered the building through a grimy doorway that led us down a splintery staircase deep in the bowels of the venue. Ushered through a narrow passage we were suddenly in a three storey concrete shell overlooking what resembled a stark stage area. Seated “onstage” with the lights dimmed low, Julie Andrews’ Mary Poppins rendition of Stay Awake rang through the hollow bunker-like space, transforming the soothing lullaby into something more sinister. Andrews’ haunting vocals were suddenly interrupted by a burst of strobes and a disturbing soundtrack of relentless loops and cut-up sound bites from the past half-century. It was against this unsettling-sonic-memory-convulsion that Pugh presented his clothes.

References from the film played out via Erin O’Connor, who opened the show in a long leather trench echoing the uniforms of WW2 Nazi officers. One model wore a veiled peaked cap, long patent gloves and a pair of black braces worn over a bare chest – the same iconic look made famous by the film’s protagonist. Elsewhere, strong architectural silhouettes ran throughout the collection: angular shoulders, cinched waists and wide legged trousers were accompanied by stiff-shiny-fronted bodices, cage-like constructions that encased the torso and double breasted jackets with exaggerated waists contrasted by billowing capes, inflated volumes and floor length furs.

For Pugh, fashion is more than a glitzy sideshow, he believes that it can reflect our collective fears and fantasies. Conceived in an ambiguous, troubling time, this is a collection informed by the inescapable forces of the cultural landscape. “It’s about fight or flight. The cultural pendulum has swung to the right. The veil has been lifted. As a designer, how do you deal with that?” says Pugh. “Do you look it in the eye, or do you look away? That’s the critical question. It defines who you are.”