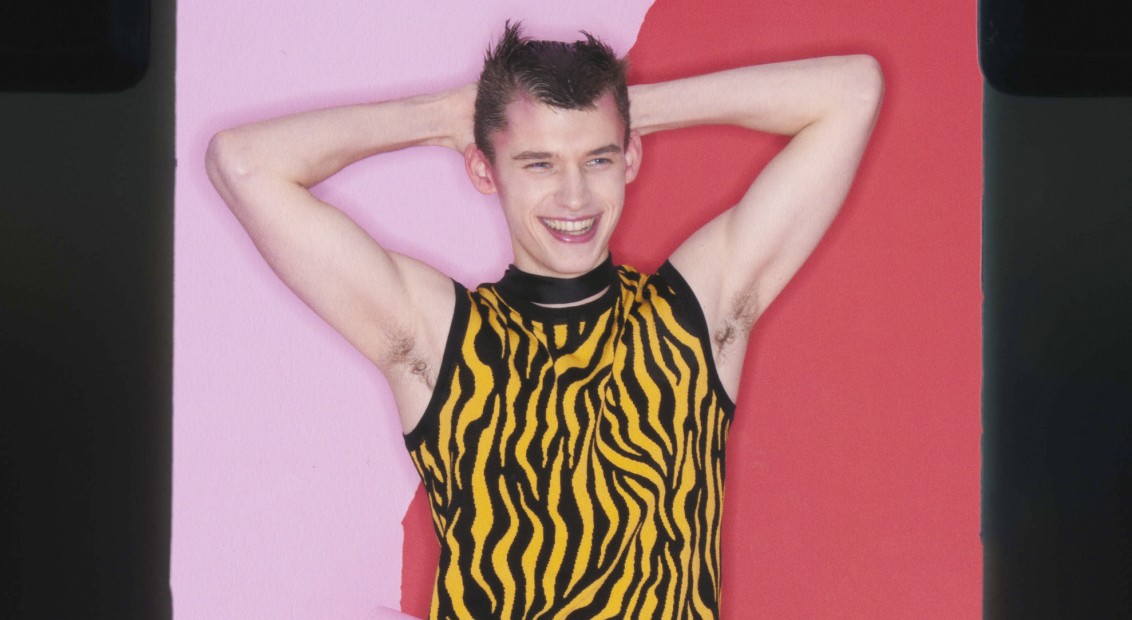 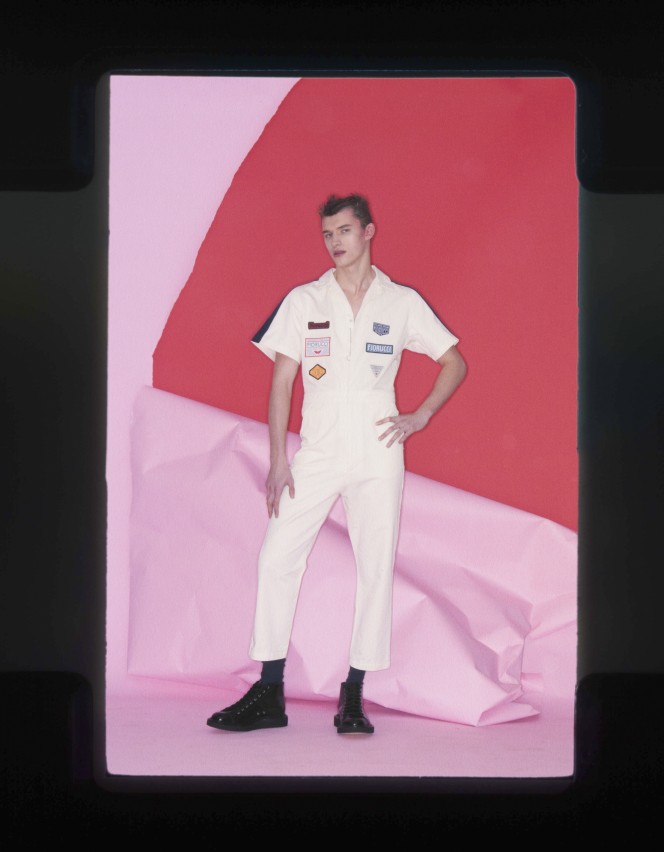 Back in the 1970s, Italian label Fiorucci was known as the ‘daytime Studio 54’. Designer Daniel Fletcher rewound to this era of sex, glamour and hedonism for his debut collection as menswear artistic director, which heavily featured the brand’s signature, splashy logo and a liberal sprinkling of acid-bright hues. Inspiring his process was a series of sketches unearthed from the archive, as well as rare denim pieces hand-painted by the legendary Keith Haring.

Naturally, plenty of the looks were designed for the dance-floor. From the oil-slicked, tight-hugging PVC trousers to racing overalls – a utilitarian variation of that disco classic, the jumpsuit – brightened up by a handful of carefully-placed ‘Fiorucci’ patches, while several pieces paid tribute to nightlife scenes from across the world.

Elsewhere, tailored pieces – flared trousers, overcoats and tuxedo jackets are just a few examples – moved the brand into a new direction, driven by the expertise Fletcher acquired at London’s prestigious Central Saint Martins. “This mixture of silhouette, colour palette and references shouldn’t necessarily work together,” he says of his debut. “But somehow [they] do in a strange, wonderful melting pot that frames my first collection for Fiorucci.” Starting a new chapter in style, that’s the Fiorucci way.