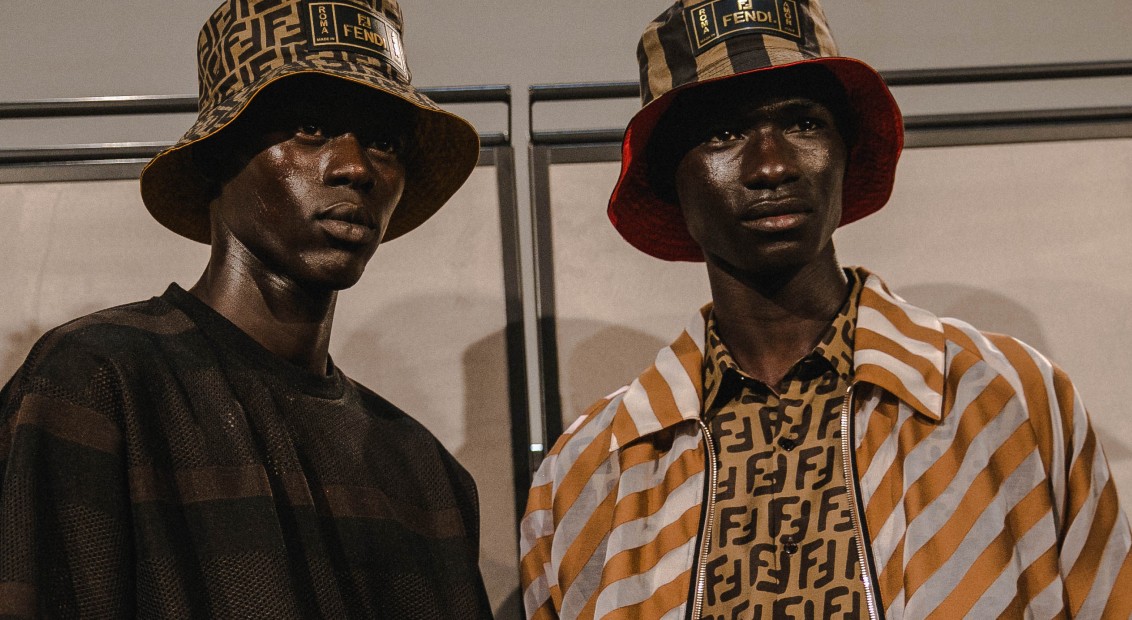 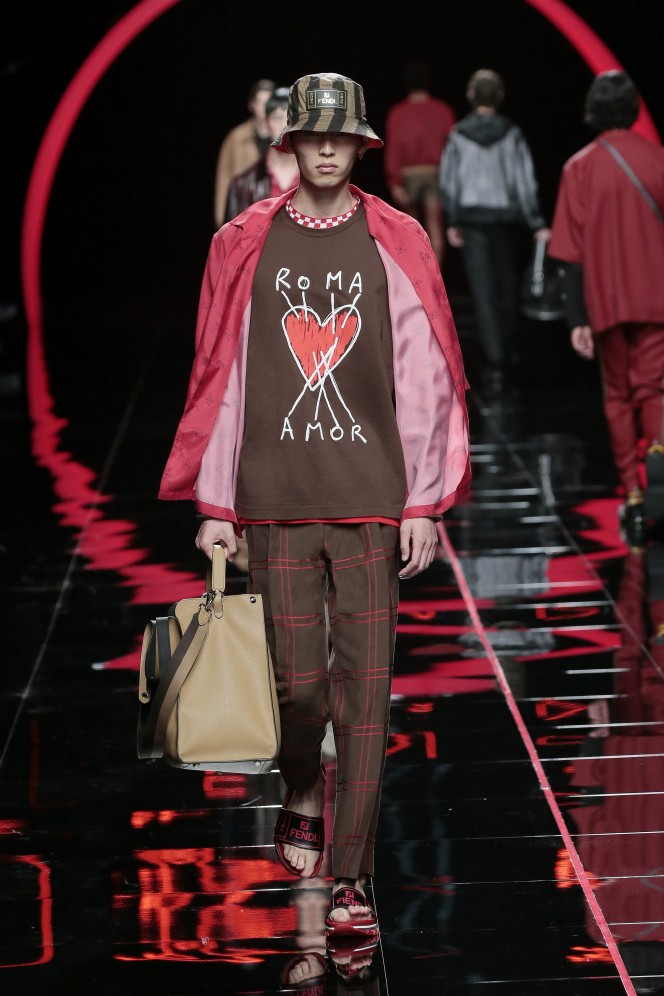 A severed hand, tiny demons, FF-forked snakes, cards and dice all flashed in neon red across the runway arch, like an underground Tequilla bar with a taste for trouble. Motifs of the dark arts, from the tunnel a well-polished black runway spread across the show space (all very From Dusk till Dawn).

The stick-and-poke-esque drawings were courtesy of Nico Vascellari, an Italian artist – and and former hardcore punk musician – known for his outsider art and provocative performance pieces. Having previously collaborated with Delfina Delettrez Fendi (Vascellari’s partner) and Karl Lagerfeld, the artist is a known name amongst Fendi aficionados and emphasises Fendi’s commitment to family.

Last season’s Fendi man was in transit, flitting between airports with a hefty schedule. This time around he’d landed, unpacked and was fully enjoying his surroundings. Call it 90s sports luxe, call it sports casual (to quote original fashionista Alan Partridge). Following Miuccia Prada’s celebration of short shorts the previous day, Fendi followed suit, sending models down the runway with shorts cut well above the knee and often paired with loafers, oversized bowling shirts and boxy jackets and blazers.

The show notes spoke of opposites, that well-told Jekyll and Hyde struggle between good and evil, saints and sinners, Yin and Yang. That duality played out in the collection via pieces that weren’t necessarily what they seemed: what appeared to be leather was in fact paper and what appeared to be paper was actually leather. Playful, technical and totally mega. Throughout, logo mania covered fisher hats, raincoats, shirts, trousers and full looks, while Vascellari’s sinister motifs spread appeared on tech jackets, t-shirts, accessories and drawn onto models’ hands, including the anagrams ‘Roma/Amor’ and ‘Fendi/Fiend’ and the artist’s custom playing cards deck featuring Silvia Venturini Fendi as queen and King Karl Lagerfeld as the joker of the pack – apparently much to Karl’s delight.

There was also the feeling of warm weather travel here – a theme that ran across several shows at Milan menswear. Pouches were hung from the neck, bumbags and travel bags strapped with camera cases and other journeying essentials. Silvia Venturini Fendi knows her Fendi man, from his penchant for subtle detail to his hankering for useful accessories – all with personality and a wicked sense of fun. 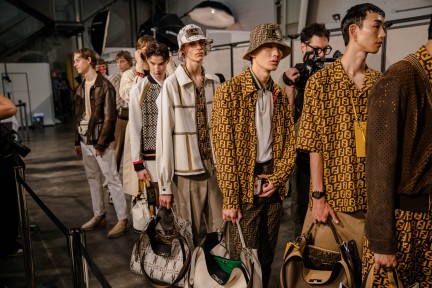