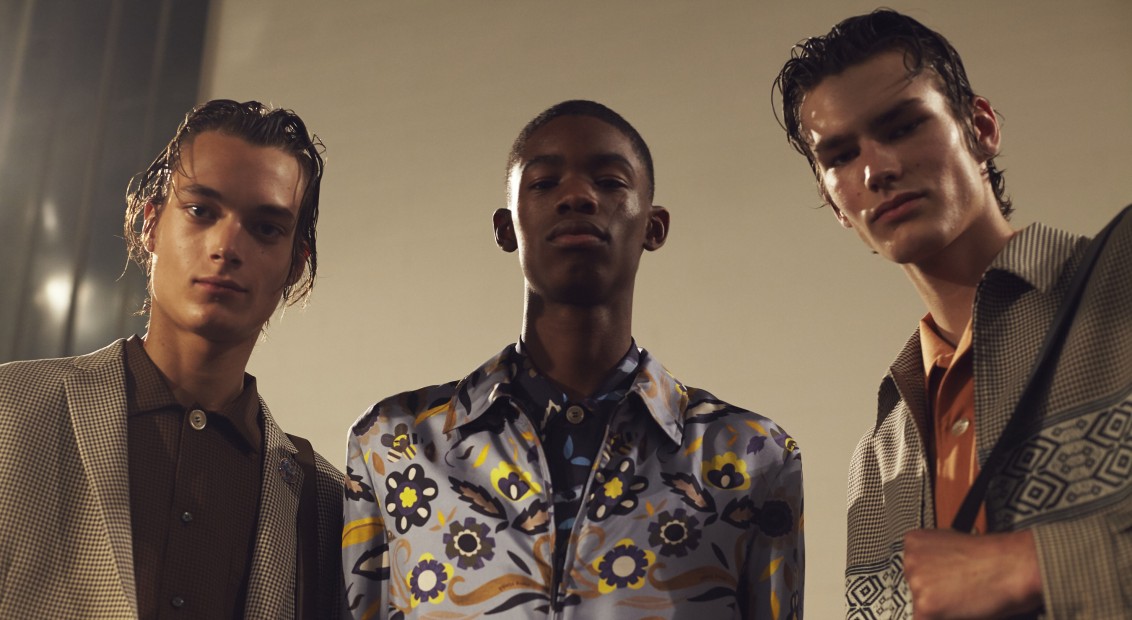 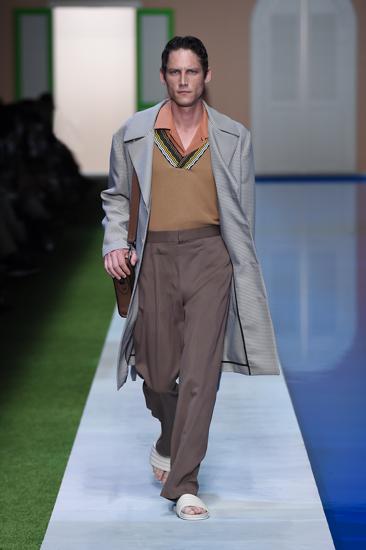 Fendi ditched the wintery homeliness of FW16, instead opting for an SS17 collection fit for the ultimate pool party.

Models walked an astroturf lined runway clad in breezy summer silhouettes. The show notes spoke of water making up the horizon and you could just picture it: shirt jackets cut from terry towelling (yes actual terry towelling – think of it as a ‘summer fur’); fluid trouser cuts; longer parks and button up blousons in washed materials. All in greys, greens and blues.

Fendi is a playful brand – Karl Lagerfeld did, after all, come up with the iconic ‘FF’ logo to stand for ‘Fun Furs’. This trickster attitude extends to the house’s approach to construction and material. Pay pieces in the SS17 a little further attention and you’ll see their simplistic appearance bears more than meets the eye: super complex technical feats and precious materials like fur to the inside or double side.

There’s also a practical ethos here, with the majority of pieces in the collection able to be reversed. A new jacket, bucket hat or quilted coat in less than thirty seconds? Now that’s bang for your buck. It’s a reminder of Fendi’s democratic legacy: Lagerfeld’s entry to the house more than fifty years ago marked an exciting new era for fur in which it was stripped of its bourgeois elitism. Working with beaver, fox, mink, weasel, sable and petit gris, the house stripped pieces of their linings and made them wearable (and more accessible), mixing them with denim and promoting pieces as unisex as early as 1967.

So next time you’re trying to squeeze as many pieces into that hand luggage limit as possible, Fendi have got you covered. 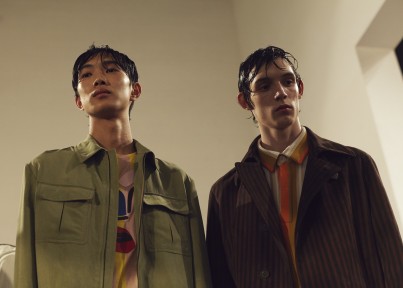