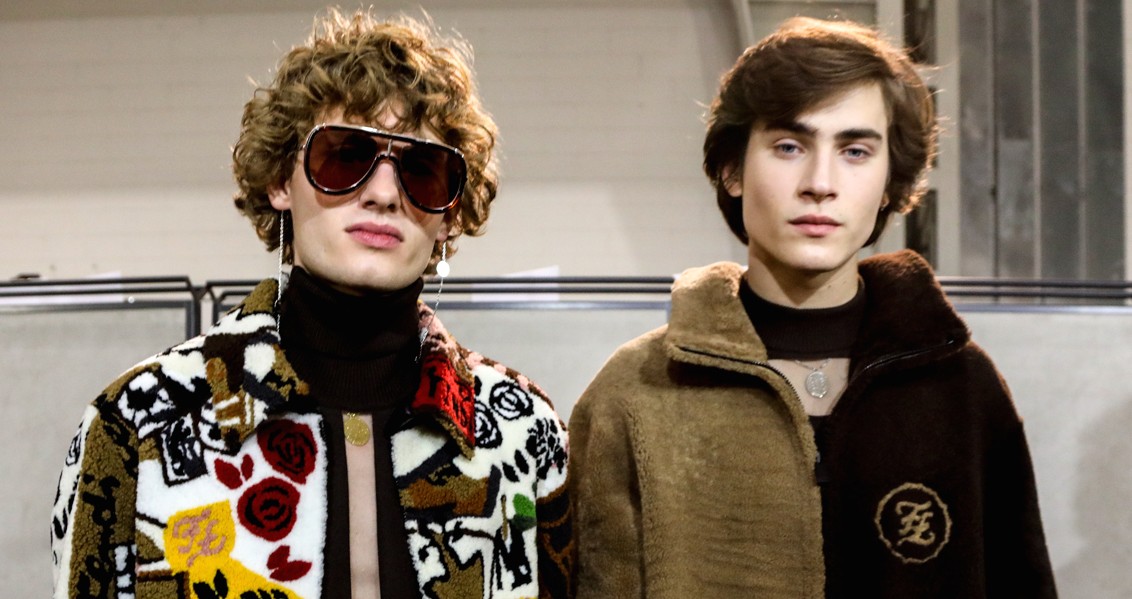 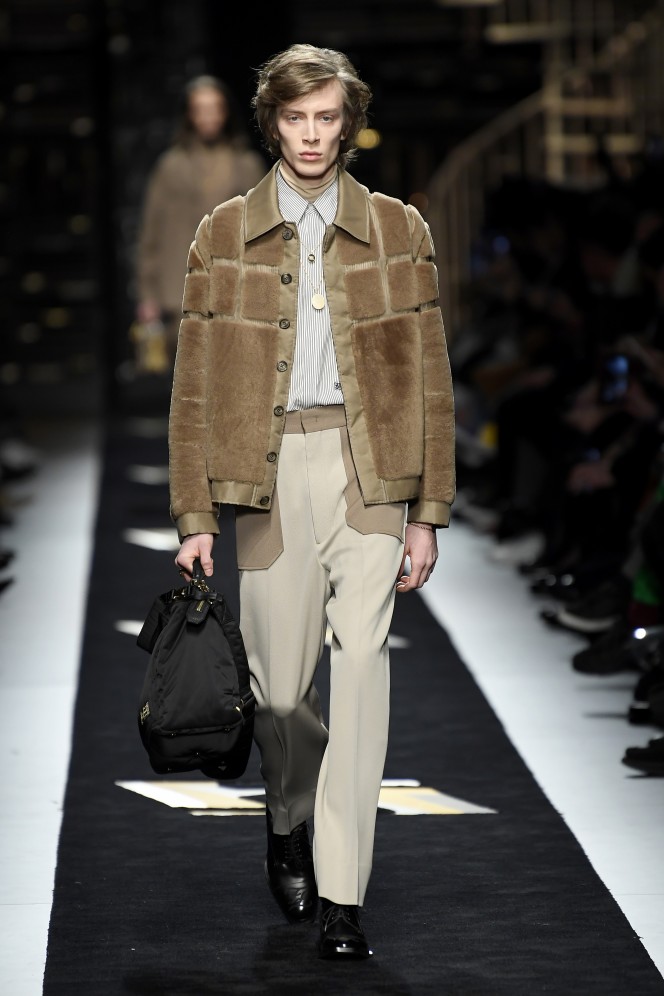 For Silvia Venturini Fendi’s latest move, she turned to her creative director counterpart over at womenswear – who thankfully happens to be none other than Karl Lagerfeld. With typical virtuosity, Lagerfeld whipped up and sent over a handful of sketches including a sleek double-breasted suit and a reimagined futuristic twist on the Fendi monogram. They would both find their way into the collection, alongside another collaboration with Japanese tech luggage brand Porter: no less than a Fendi baguette bag for men, coming in various shades of leather, velvet or even shearling.

Aside from the revamped baguette – which, much like Kim Jones’ reinvention of the classic Dior saddle is sure to score points with the hypebeasts – this was as elevated a collection as we’ve seen so far. Even if Fendi isn’t exactly known for skimping, the fabrics looked palpably luxurious and the technical prowess on show was couture-level: black buttery-soft leather jackets cut in rigid shapes, fur trims galore, and perhaps most exquisite of all, a puffa jacket made of shimmering organza.

The show also saw Silvia Venturini plant her stake firmly in the ground of tailoring, in yet another sign of a broader sea-change in menswear away from streetwear. In her own words, Silvia told journalists after the show: “today, the most subversive thing a kid can wear is tailoring.” That’s not to say there was anything regressive about Fendi’s take on suiting – quite the opposite. They were presented in half-and-half block colours, or again in organza, just transparent enough for you to see the hand in the model’s pocket, with perfectly balanced styling that ensured it never felt gimmicky. What a knockout. 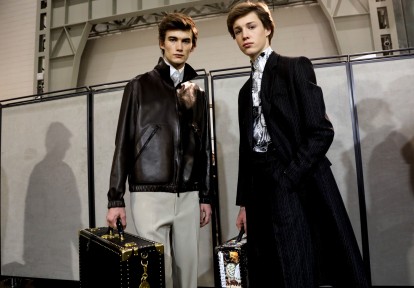