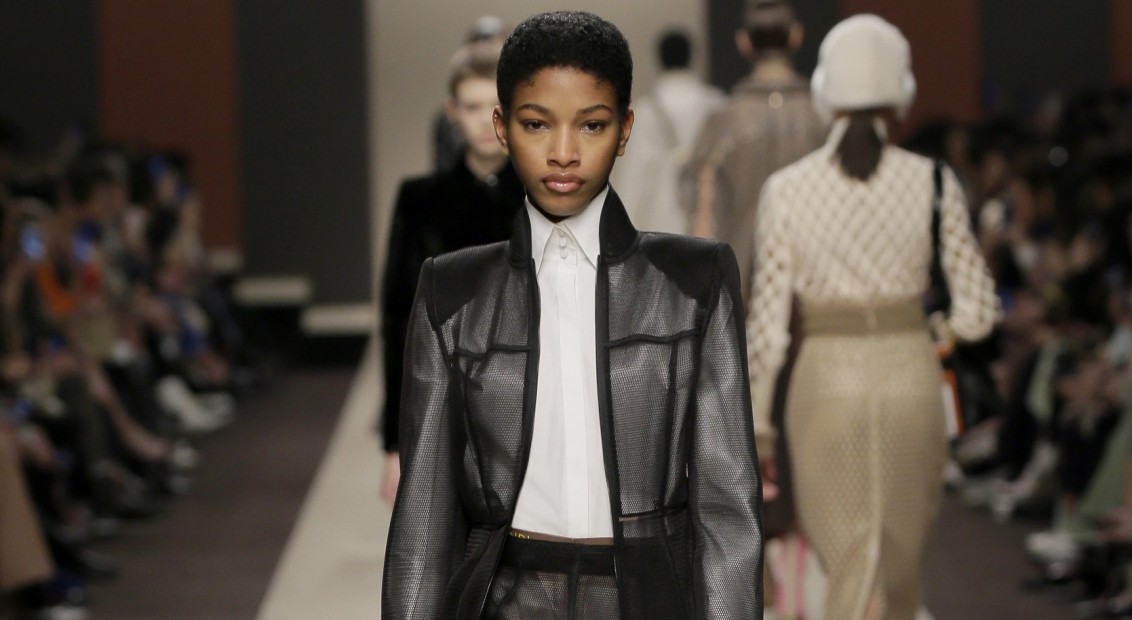 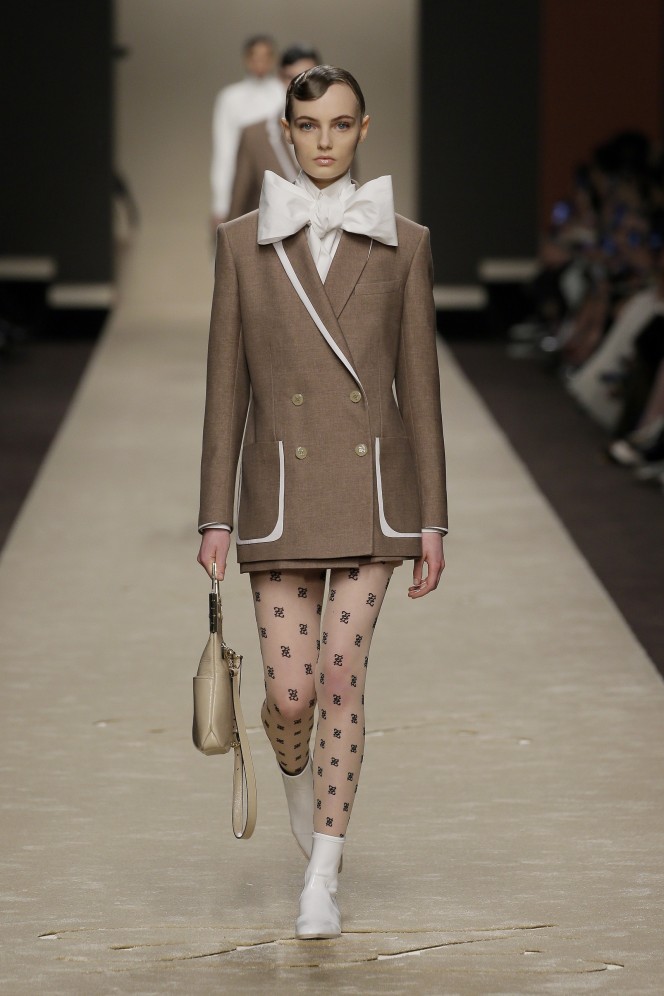 Karl Lagerfeld’s death on Tuesday, aged 85, caused an outpouring of grief from the fashion world.

A true fashion trailblazer, he served as creative director of Fendi from 1977 until his passing – this season, the last to be designed by Lagerfeld, now serves as his swansong. Embracing the Lagerfeld mantra “continuing to embrace the present and invent the future”, the designer’s spirit was very much present as their show demonstrated it was business as usual.

Each seat had small cards adorned with Karl’s signature and 19.02.2019, the date of his passing. The show notes read “In his perpetual search for beauty and innovation, Karl’s commitment to his craft never waned.” While above the catwalk, in Lagerfeld’s ornate script, was a large sign reading “Love KL”.  On the taupe catwalk that make up the runway a large stitched calligraphic ‘F’. The setting was personal and felt appropriate for this sad and unexpected celebration.

As for the clothes, we got classic leather coats in egg yolk yellow, stiff Edwardian collared shirts and sharp tailoring. Logo-printed tights continued the brand’s logomania of the last few seasons while smart double-breasted jackets rubbed shoulders with more relaxed fur numbers that hung off models’ shoulders. Through the styling, we got classic Karl-isms, from low ponytails to the many starched and stiff white collars.

As Gigi Hadid closed the show, the lights went down and a short video played by filmmaker Loic Prigent, in which he asked Karl to sketch the look he wore the first day he arrived in Rome to work for Fendi in 1965. In his classic drawing style, the designer sketches an image featuring a fedora from Cerruti to cover his long hair, a Norfolk jacket in yellow-and-red English tweed, a printed Lavalliere cravat, French knickerbockers and dark glasses. He then describes the look as “mauvais gen”, translated to English as disreputable.

After the show, in Lagerfeld’s absence, Silvia Fendi took to the catwalk for a brief bow. Heroes by David Bowie played, an artist Lagerfeld adored.