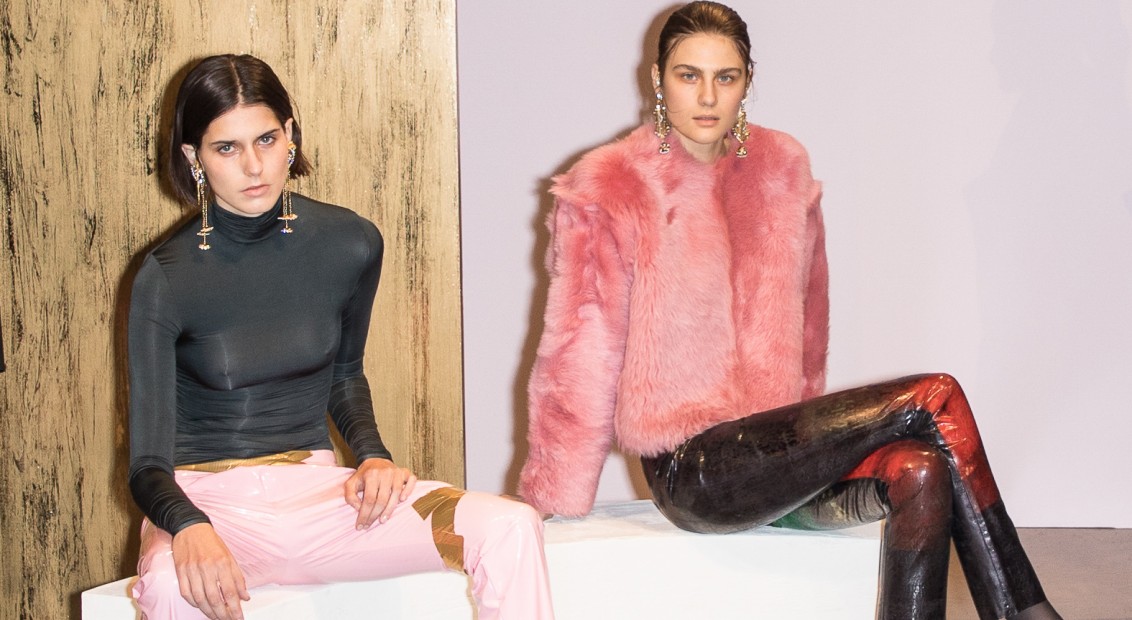 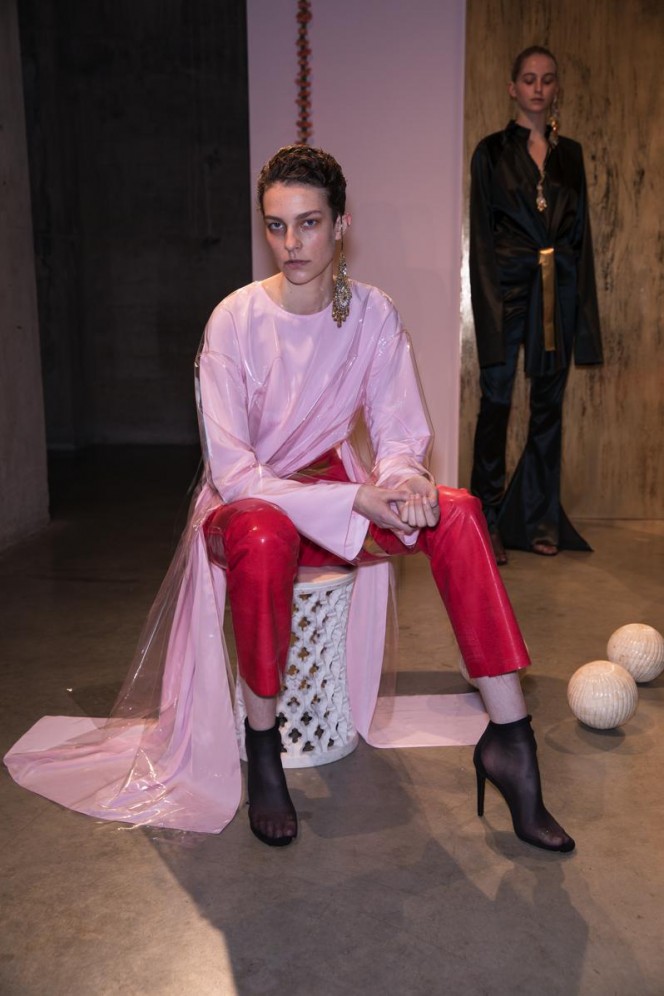 For her debut Fashion East collection, Royal College of Art graduate Supriya Lele explored Indian-British heritage, the female body and the relationships between them.

Lele’s approach is a decidedly lo-fi one, as far as luxury is concerned. We were invited into a hybrid world of simultaneously robust yet flowing drapery contrasted with glossy plastics. Pastel pinks and saffrons silks came with dashes of gold gaffer tape with a palette that was floral, even herb-like. This followed into the handmade plastic-glazed crepes, and digital print flowers that evoked the tongue-in-cheek idea of Indian kitschiness. Lele took intimate cues from her own family history, heavily inspired by the relationship between herself, mother and grandmother. What resulted were minimal and ultimately chic silhouettes, in a romantic celebration of a cross generational matriarchy.