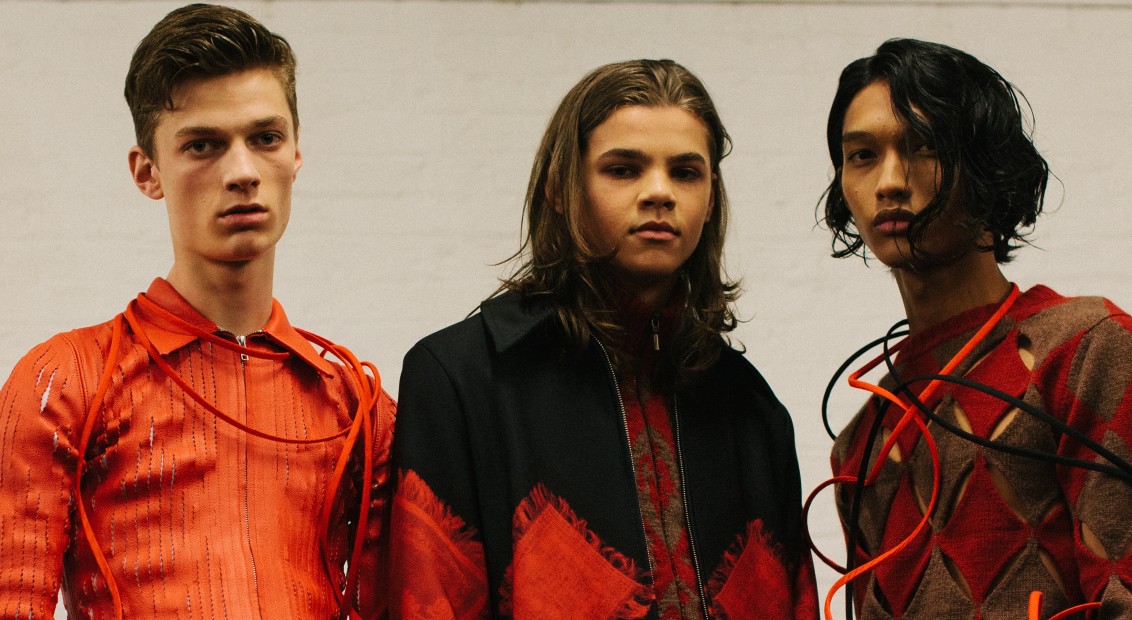 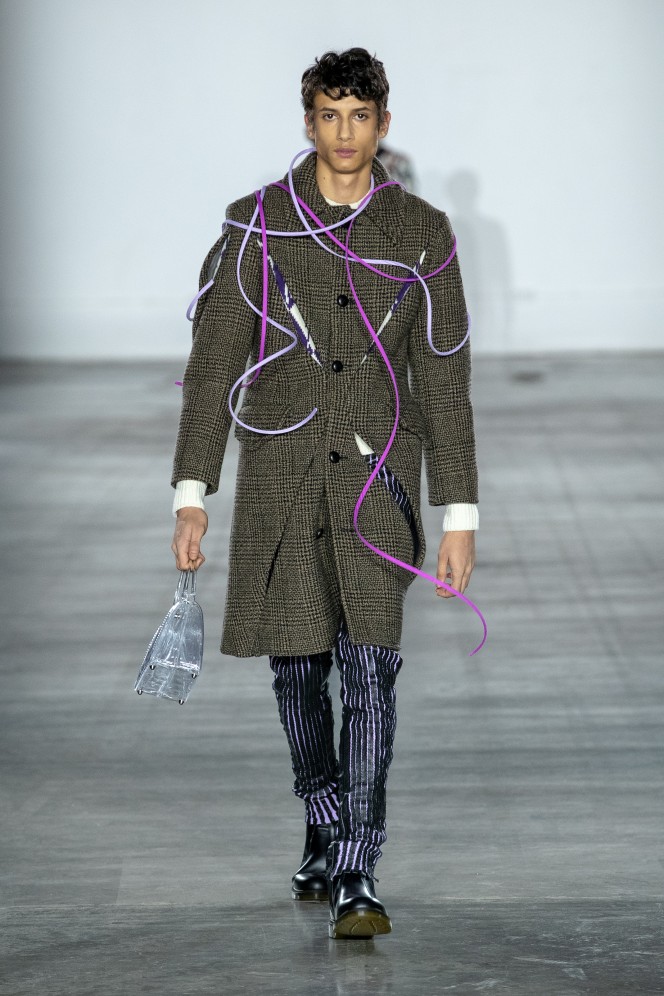 As one of the most aesthetic diverse line-ups fashion incubator program Fashion East has ever presented, their show this season was a rollercoaster ride: from the football pitches of Ireland to the sweaty clubs of Lagos before landing firmly back in 2019 London.

Headlining this season’s Fashion East line-up was Stefan Cooke, the label run by Cooke alongside his partner Jake Burt, on third and final trip down the Fashion East runway before graduating from the platform. And they went out in style – or “blatant glamour”, to use their own words – with an extraordinarily accomplished collection that marks Cooke out as one of London’s most inventive and rigorous designers. The technical details were, quite frankly, so breathtaking that they’re difficult to describe: elasticated leather bonded to Lycra made for impeccably form-fitting jackets and trousers that seemed to ripple as the models moved, with a final series that revealed diamond shapes (a Cooke signature) embedded within them; carefully engineered Argyle sweaters that moved to reveal peekaboo gaps between the various elements of the pattern; and a series of chainmail stoles elevating the looks – which, outside of all of this technical wizardry, were remarkably desirable – to something that carried an almost mythical air. Backstage, Cooke noted that the styling detail of sculptural, looping wires around the body were supposed to echo party streamers. With a collection like this on their hands, they really do have something to celebrate. 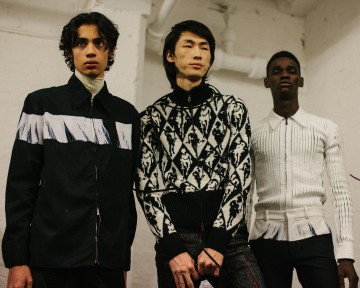