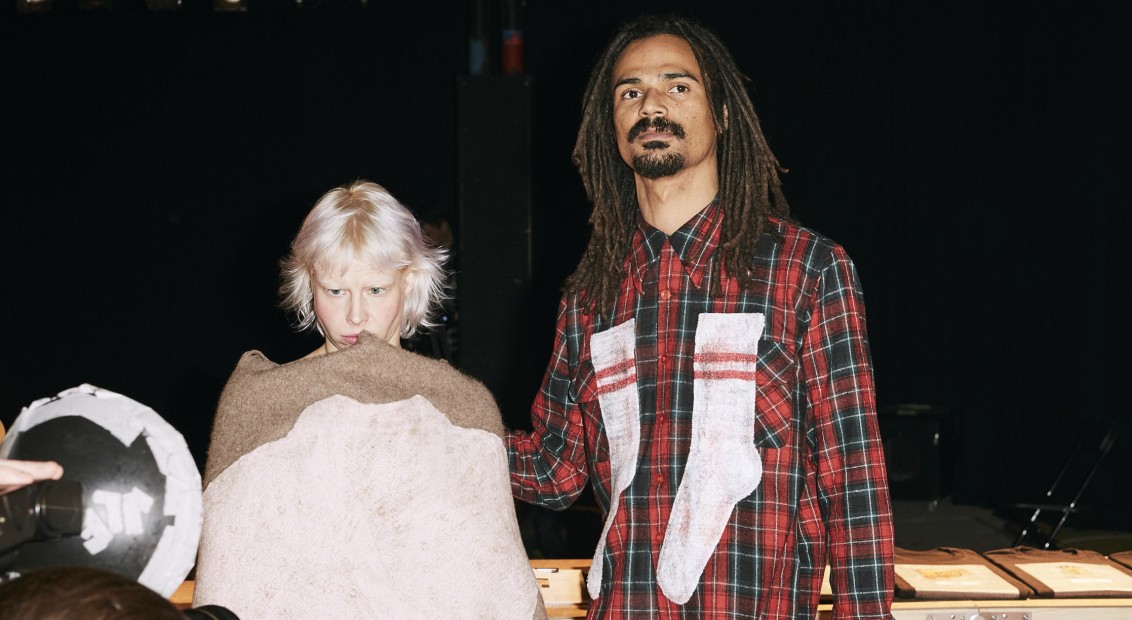 “Liquidise a scarf and reconstruct it,” and “use a white t-shirt and use it as a plate and eat a meal,” were seen printed on unconventional clothing labels and encased in small plastic cases in some fascinating food for thought. The laundry continued as the presentation saw socks needle-punched into shirts, extra-long scarves, and rugs in an interesting usage of the underwear draw.

In their first collection, they pressed fresh flowers, human hair, and balloons onto underwear, tights, and other garments in a showcase using jokey objects found around the home. FW17 saw a similar tangent: Ancient Roman coins were set into Blu Tack; textile fragments patterned by agents were sealed on t-shirts; and washing instructions were labeled with no-standard instructions in an intriguingly conceptual move from the duo. 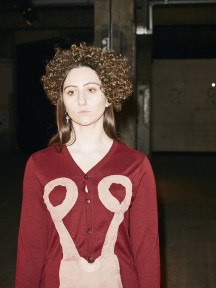