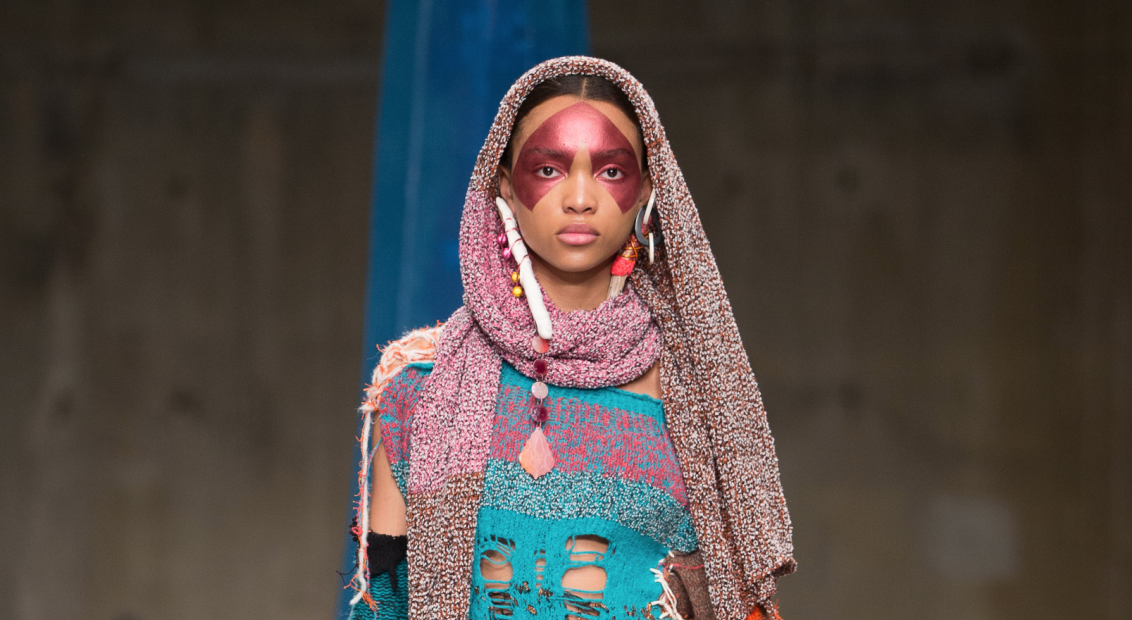 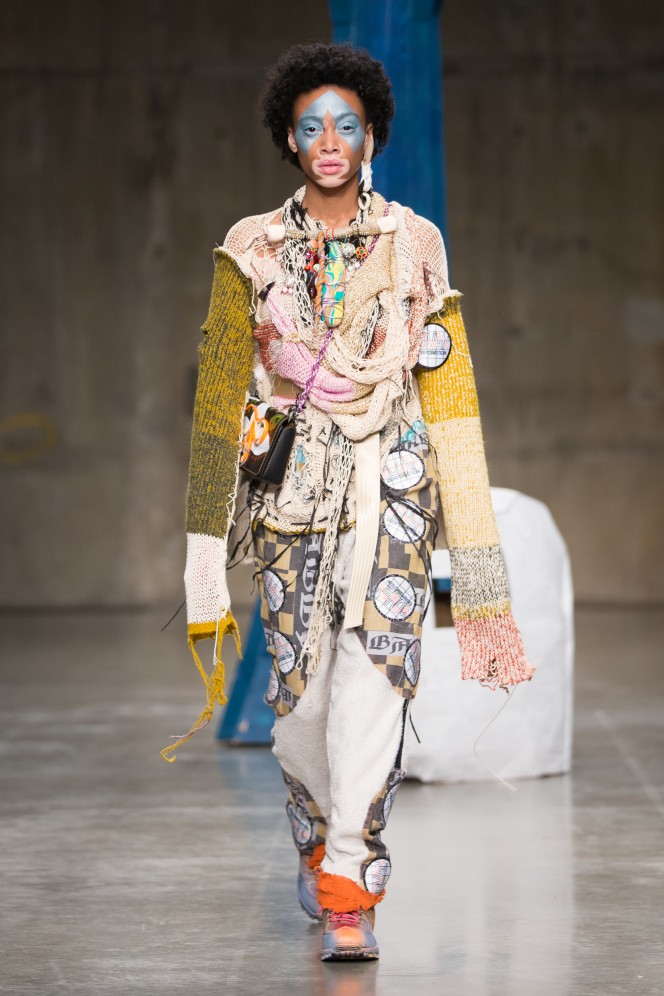 After graduating from the eminent MA Fashion course at Central Saint Martins, York-hailing Matty Bovan made his debut under emerging designer platform Fashion East last year, since carving out a fluorescent world of colour and texture. Rounding off this year’s Fashion East spectacle, the catwalk momentarily became drenched in deep indigo, while the centre walk was populated with crude cartoon-like high-rises, courtesy of set-designer William Farr.

Mise-en-scene in place, lights lifted and the denizens came forth one by one. Matty’s already signature chromatic bricolage of crochets and knits were laddered, warped and boiled. Earthy pallets mingled with metallic athletic-synthetics and silks, giving the impression of clothes from a tech-advanced future. Out of the textural melee came more the recognisable, among which were a 17th century doublet-cum-hoodie that nodded at his personal fascination with medievalism, and a mercurial reworked parka jacket.

Driftwood, among other things, became found objét necklaces, courtesy of the designer’s mother. Spray-painted hiking shoes were the footwear of choice, while bags that were provided by Coach for a second season were suitably modified by way of paint, machine embroidery and appliqué. Bovan created a masterclass in the artfully bedraggled and perfectly perverse.