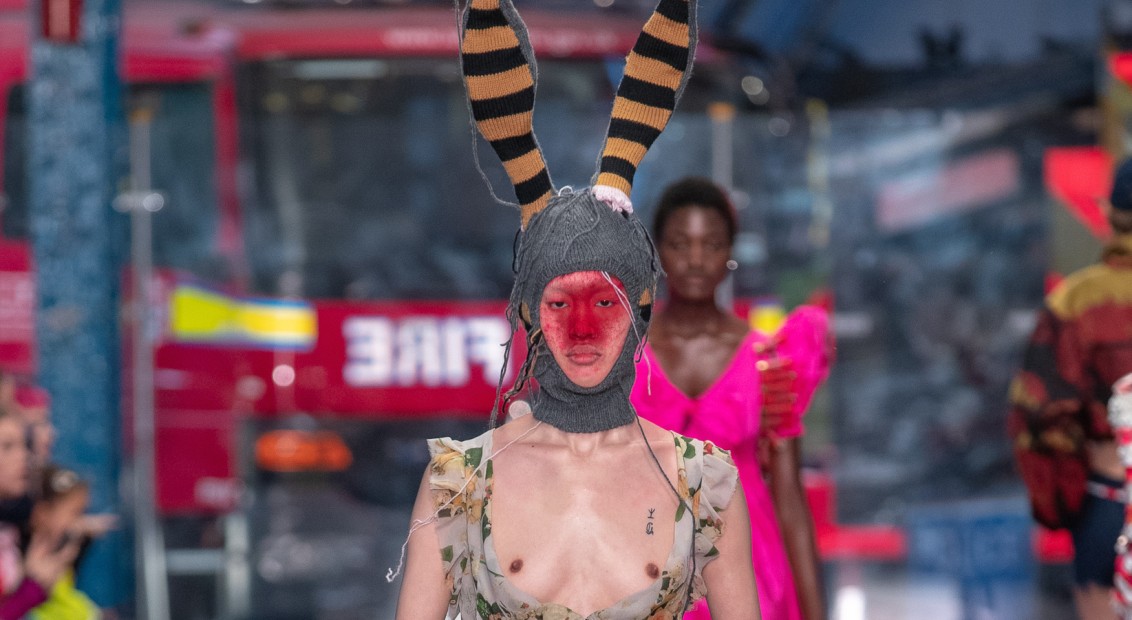 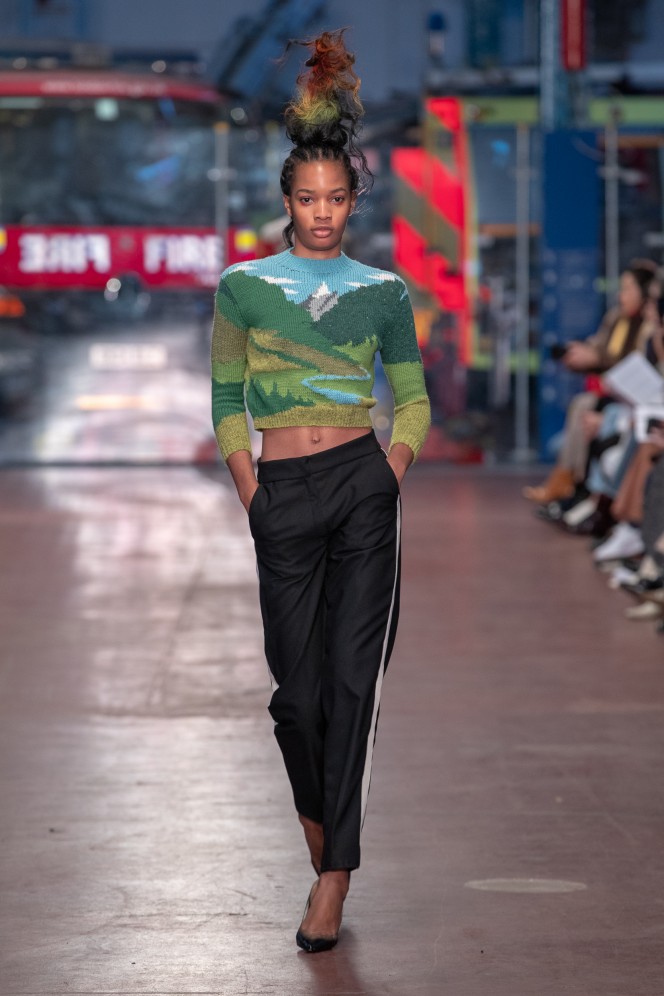 Since graduating from Central Saint Martins in 2016, Gareth Wrighton has consistently addressed environmental and humanitarian issues, and this collection was no exception.

Stepping into the Fashion East slot vacated by Asai, Wrighton proved his mettle with a twelve-look debut that explored Mother nature fighting back against the ruinous impacts of the modern world. Titled In the Pines: The Ballad of Meredith Hunter, the collection referenced the Leadbelly folk song of the same name while paying homage to the 50th anniversary of Hunter’s murder at the Altamont Free Concert in California.

Wrighton’s interpretation of “Americana in a blighted America” through folky, homespun knitwear and traditional craft techniques became more flagrant with each look. The first, featuring an intarsia-knit sweater emblazoned with bucolic scenes of lush pastures ribboned with streams, swiftly made way for knitwear in fiery orange and red hues to represent wildfires, as well as a knitted tableau of Chelsea Manning’s wiki-leaked footage, and security tape repurposed for belts and side stripes.