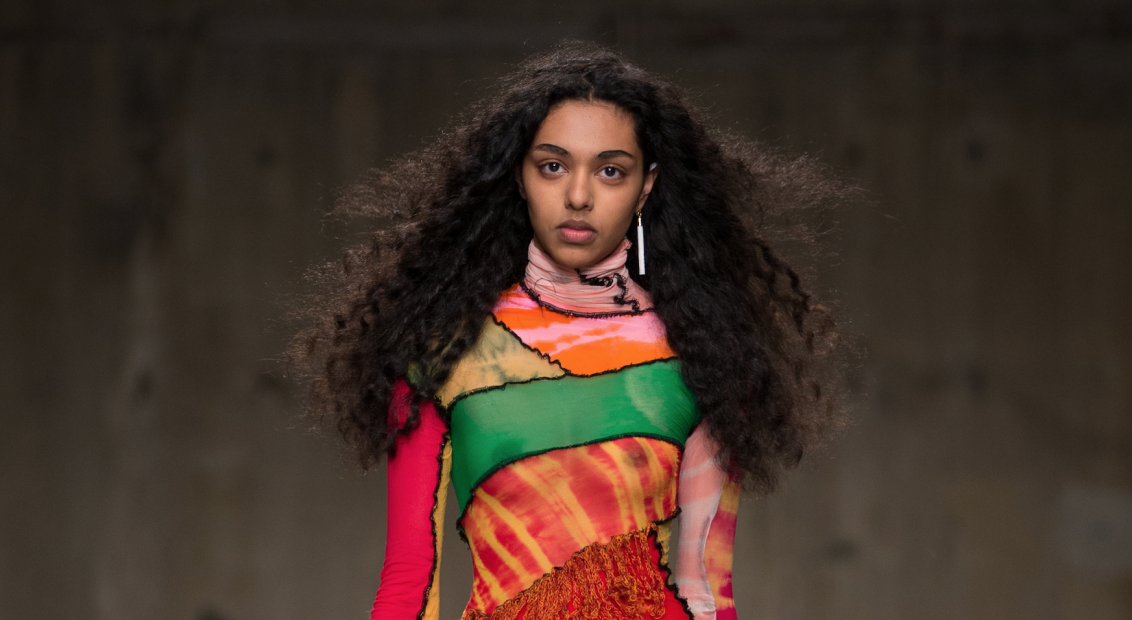 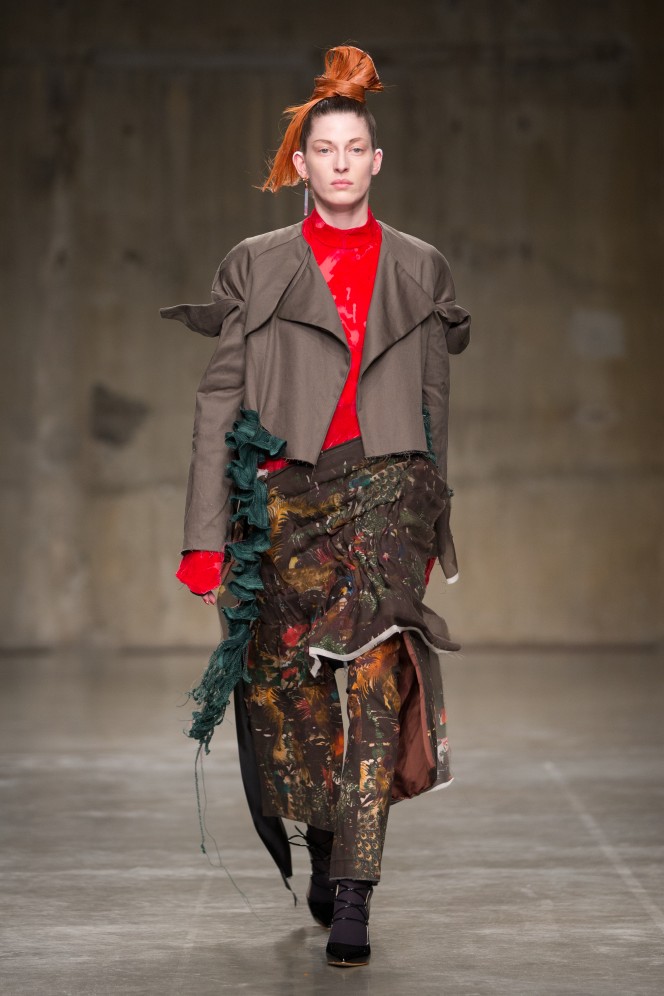 The British-Asian designer’s background is more than strong: completing a BA and MA in fashion at Central Saint Martins, then racking up accolades from L’Oreal Professional Talent Award for his signature overlocking embroidery, plus scholarship placements at Theory, and a position at Kanye West’s Yeezy.

For FW17, fabrics came over-engineered, distressed, needle-punched bleached and dyed. An autumnal palette prevailed, with militant greens, dove greys, sanguine reds and midnight blues. This focus on utilitarian finishes and muted hues reflected A Sai’s preoccupation with the mundane, and was mixed with Western stereotypes of Chinese culture. A belt made up of leather disks depicted a symbolic cracked porcelain plate, cinching a black shredded dress. Styled by Hood by Air’s Akeem Smith and with a booming soundtrack from Larry B, chaotic and emotional dissonance shone through this Fashion East debut.