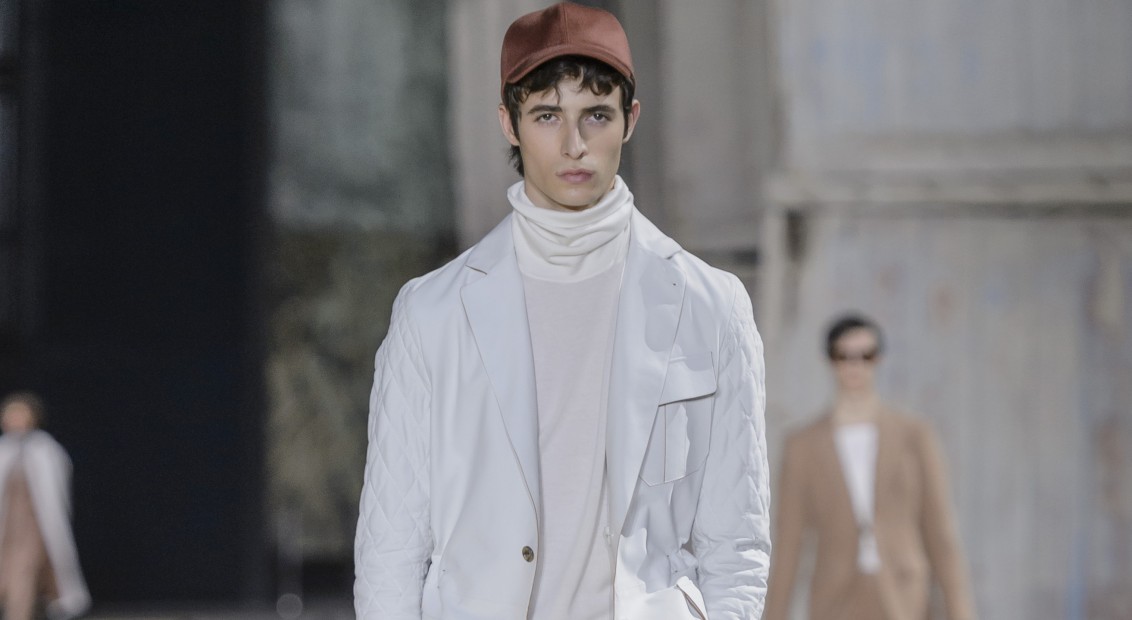 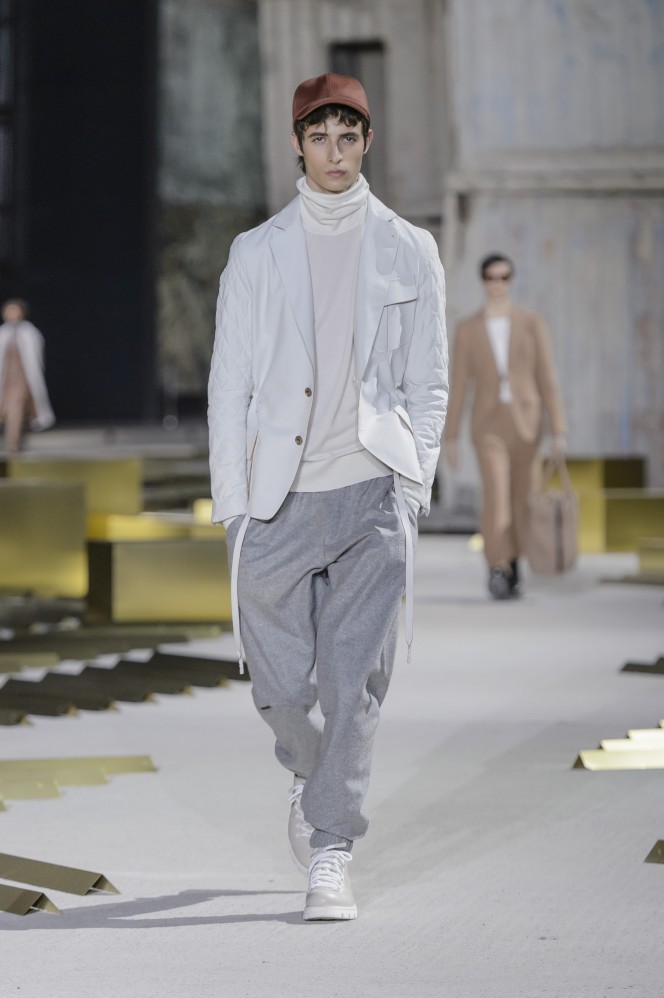 Described by newly appointed artistic director, Alessandro Sartori – formerly of Berluti – as going back to Ermenegildo Zegna’s roots, the Italian designer’s FW17 offering saw him realigning the brand by building on the basics: “a merging of the intensely artisanal  and the resolutely contemporary.”

Taking place just outside of Milan, in Pirelli HangarBicocca, models walked through the former locomotive factory (now museum), amongst German sculptor Anselm Kiefer’s sinister installation The Seven Heavenly Palaces. The artwork symbolised a journey of spiritual initiation, however it is a more physical adventure that has inspired the brand’s recent offerings: the imagery of an 18-year-old Ermenegildo heading to Trivero in the Alpine foothills in the 19th century. This story is carried by Sartori’s first line for the fashion powerhouse – although he’s no stranger to the brand, after designing for its second line Z Zegna between 2003 and 2008.

Although departing from Stefano Pilati’s FW16 jacquard-heavy collection, immaculate, clean lines still prevail in 2017, albeit with more light and shade. A nod to nature, the colour gradient referenced peaks covered in snow, opulent mountains, vastness and sonorous warmth. Transcending eras, roll necks paired with bold frame glasses and vintage caps are every bit ‘50s reminiscent, along with strong padded accents and tapered hems, however large and distorted geometric prints woven onto staple items are of contemporary distinction. A concept driven by the artisan with the adventurer in mind: the modern man.