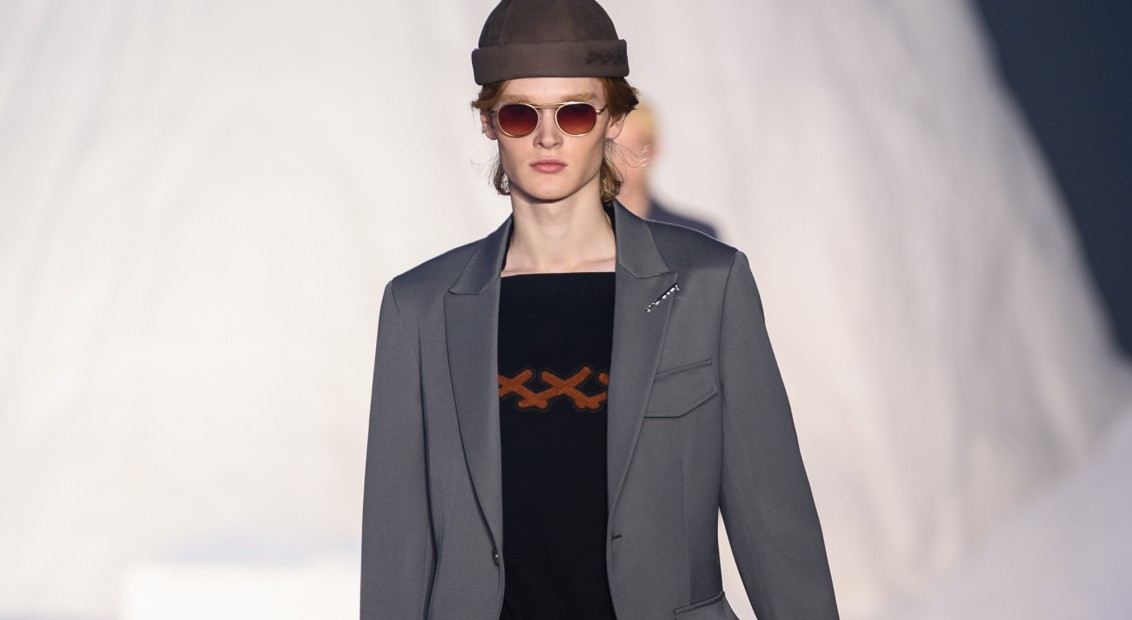 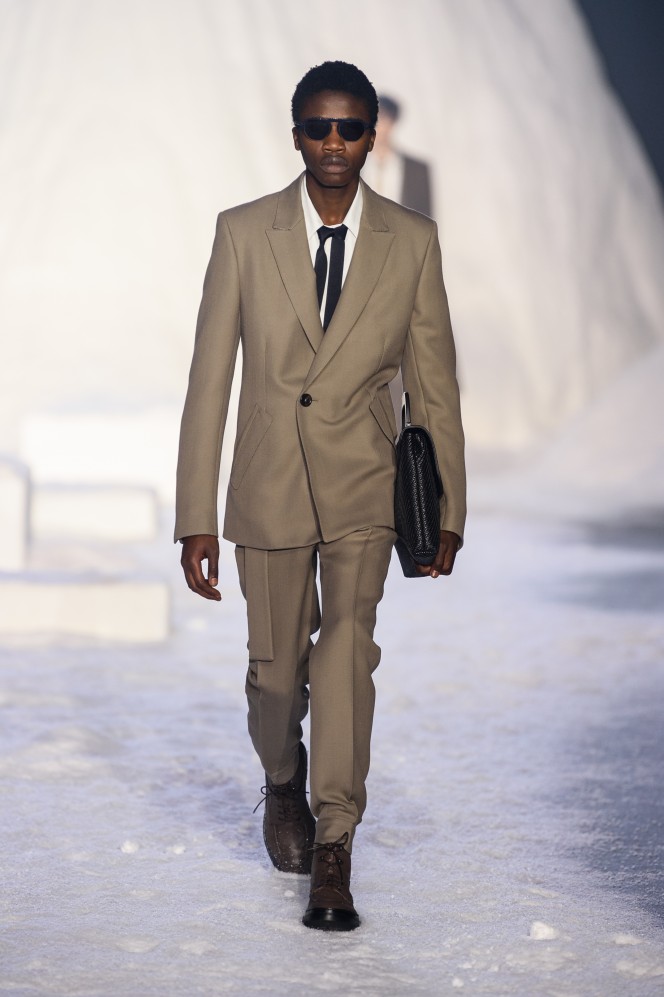 You can take the man out of the city, but it seems you can’t take him out of his Italian-tailored suit. The base camp of inspiration for Ermenegildo Zegna’s FW18 was the family’s alpine natural park Oasi Zegna, and creative director Alessandro Sartori called for us to breakaway from frenetic urban pacing and return to the pastoral.

Found in the mountainous province of Biella, Oasi Zegna has a proclivity for snow, and this, alongside the stark photographs of Swiss artist Thomas Fletcher, inspired the runway landscaping staged in the brutalist halls of Milan’s Bocconi university (which Zegna also commissioned Fletcher to create). Models kicked up the snow as they walked and left footprints of their mountain boots behind. A tessellated motif found along several pieces in the second half of the show referenced a similar idea, the soft treads of birds hopping on snow.

The show debuted a new textile that’s been in development at Lanificio Zegna for over twelve years. The Oasi cashmere is dipped continually into natural dyes of flowers, herbs, leaves, roots and bark to produce beautifully vivid, and even neon or black hues. Matte cottons and wool-blend corduroys made appearances on more casual silhouettes, but Zegna’s protagonist also managed to wrangle the majority of his suiting wardrobe off-piste. These were executed with more subtle drapes and slopes, and finished with ties knotted roughly, echoing the season’s collective movement away, so far, from perfectionism and into a greater sense of freedom.