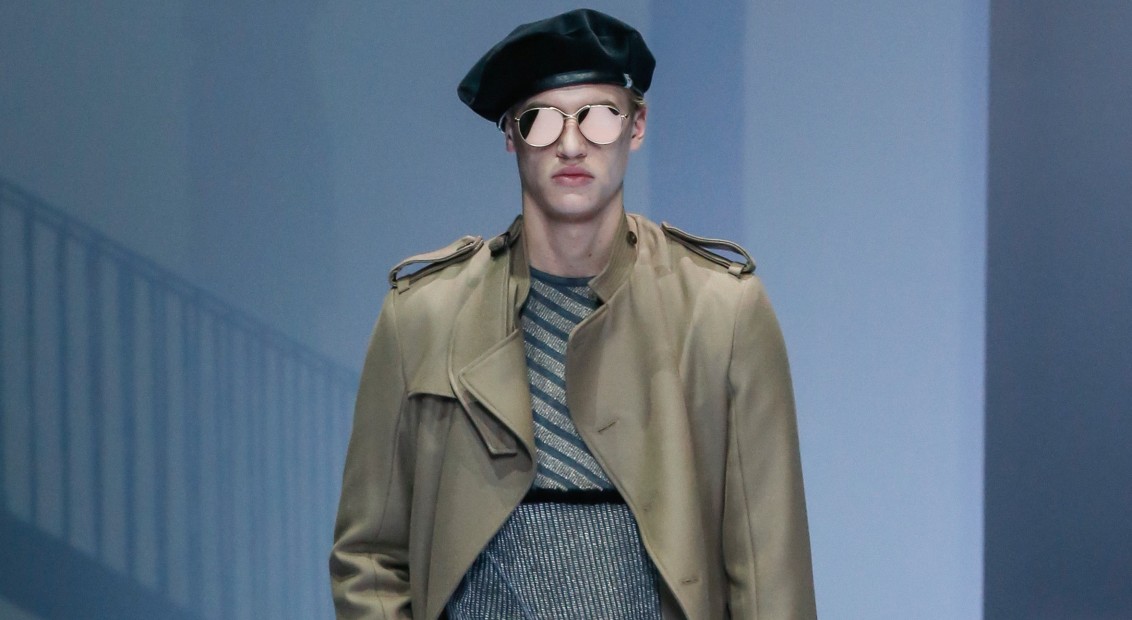 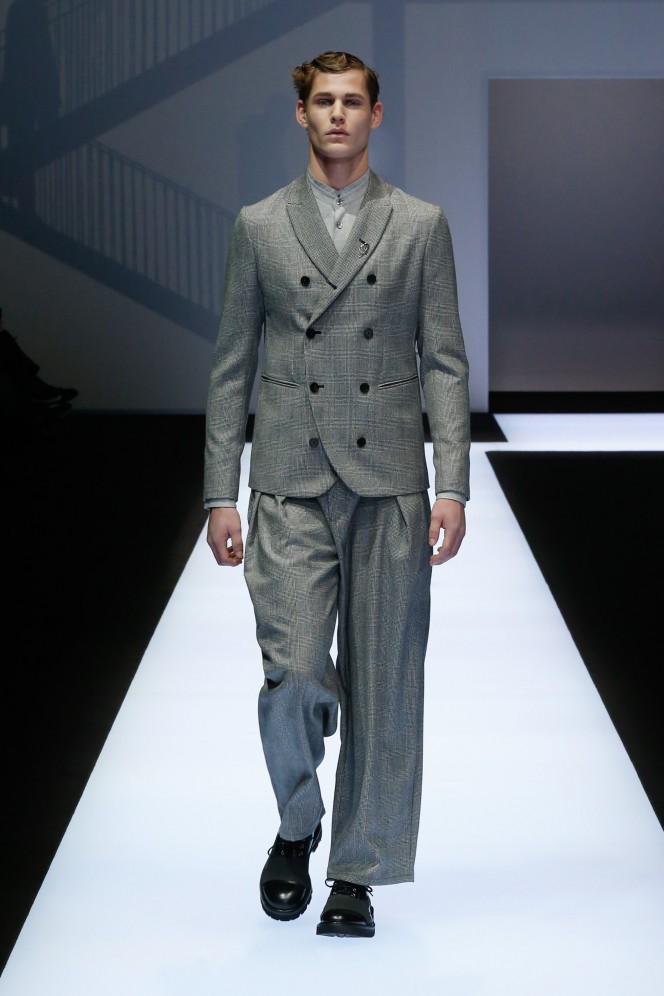 Emporio Armani set a prestige in menswear and a margin for quality, forever at the fore of creating trends, but always imbued with that film-to-fashion philosophy – from red carpet awards show to sticky carpet after party.

Here that blend of formal/casual was evident throughout, catering for all sides of the modern man. How you’d imagine James Bond’s wardrobe to look, immaculate crêpe jacquard blazers appeared alongside cropped bombers and outerwear with exaggerated lapels and shearling features – one long-line teddy fur patchwork coat was a standout – with ski gear and fur-hemmed messenger bags for any spontaneous chase scenes across the Alps.

Looks 79 to 89 (yes, 89 looks in full) saw models appear in classic velvet tailoring, from deep navy to rich burgundy, with four complementary womenswear looks alongside. As the man responsible for creating some of Hollywood’s most iconic looks (think Don Johnson in Miami Vice, or Di Caprio in Wolf of Wall Street), here was Giorgio referencing the past to make his mark on the present.