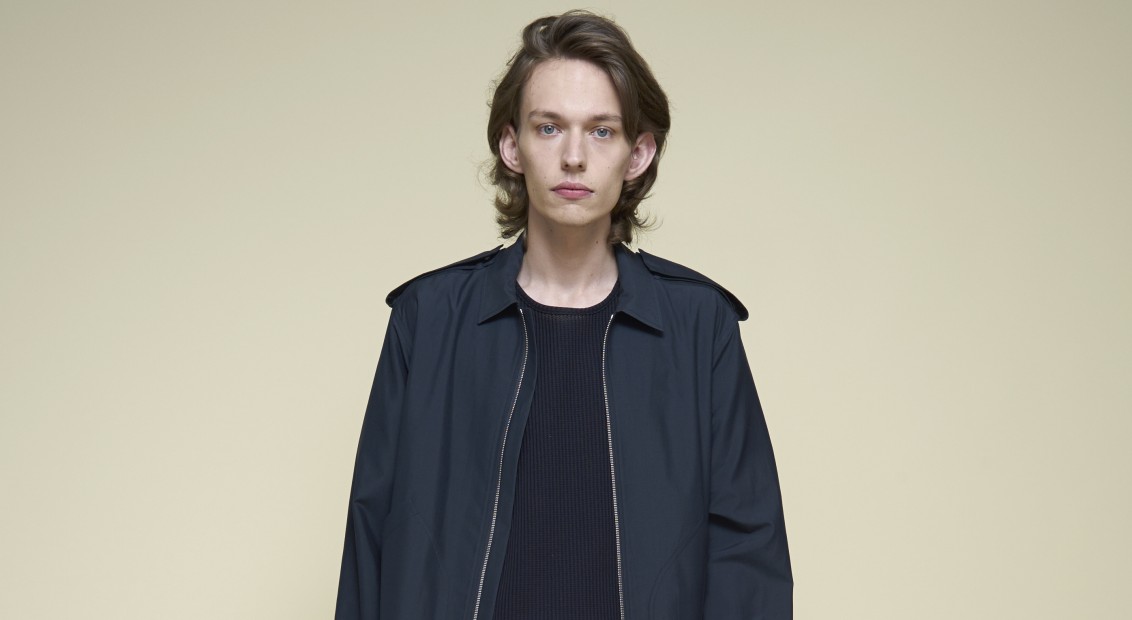 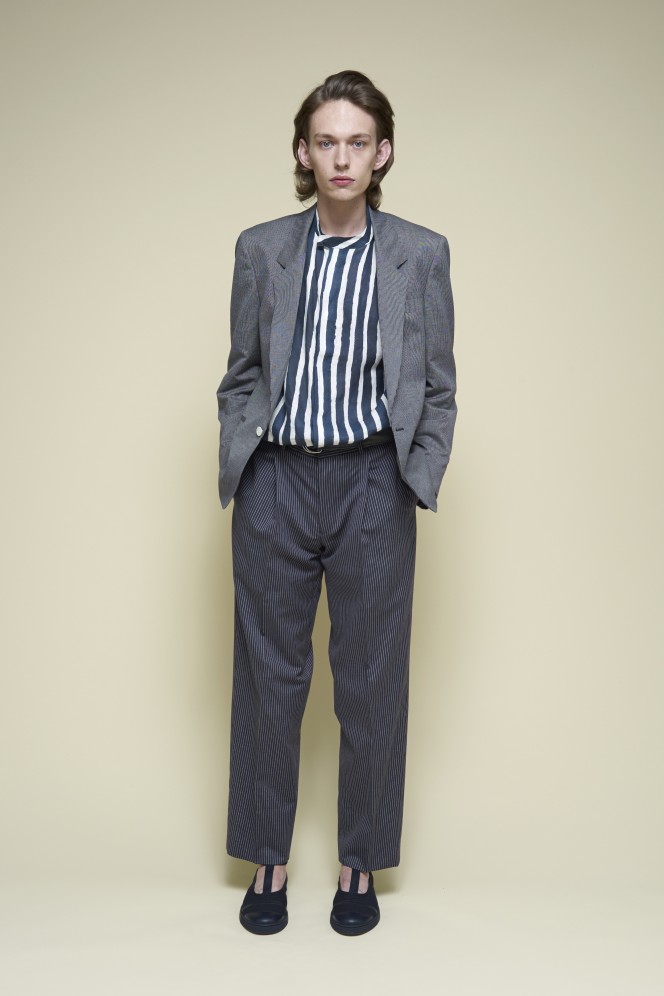 Two very different sides of the sartorial spectrum are predominant at LCM – sportswear, and the suiting influence of Savile Row. E.Tautz falls within the latter, and it was with fresh finesse that this season designer Patrick Grant sought to reshape the traditional suit.

Stripping down on the patterning and colour diversity of last year’s spring offering, he instead opted for the emphasis of the stripe amidst a muted monochrome palette. Pinstripes were prevalent, some woven with broader strokes to create textured tricks of the eye.

The variety that was reduced in embellishments and colourways was projected into dynamic design, Grant working naval and military influences into his refined formalwear. Meanwhile low-cut t-shirts were layered under sandy suit jackets with casual ease, those jackets cut boxy with dropped shoulders. Shirts were tucked in – a possible nod to his thoughts on the upcoming European referendum? Perhaps so: when he took his bow, Grant appeared wearing a white t-shirt emblazoned with the word “IN”.

Khaki muddied the muted colour scheme, whilst a seascape of blues alluded to Grant’s sailor-sewn inspiration; two shirts, one with a grandad collar, and one more classic, were cast in Aegean hues. Tying with the summer season were the shorts, which came high-rise with a dropped crotch, some cut wider for a lounge-y feel.

Referencing the suit silhouette Grant stated he was “bored of how it looked”. In response, he created a boxy and mismatched – yet sophisticated – outline. The designer succeeded in deconstructing conventional uniformity, renewing and revitalising traditional tailoring.