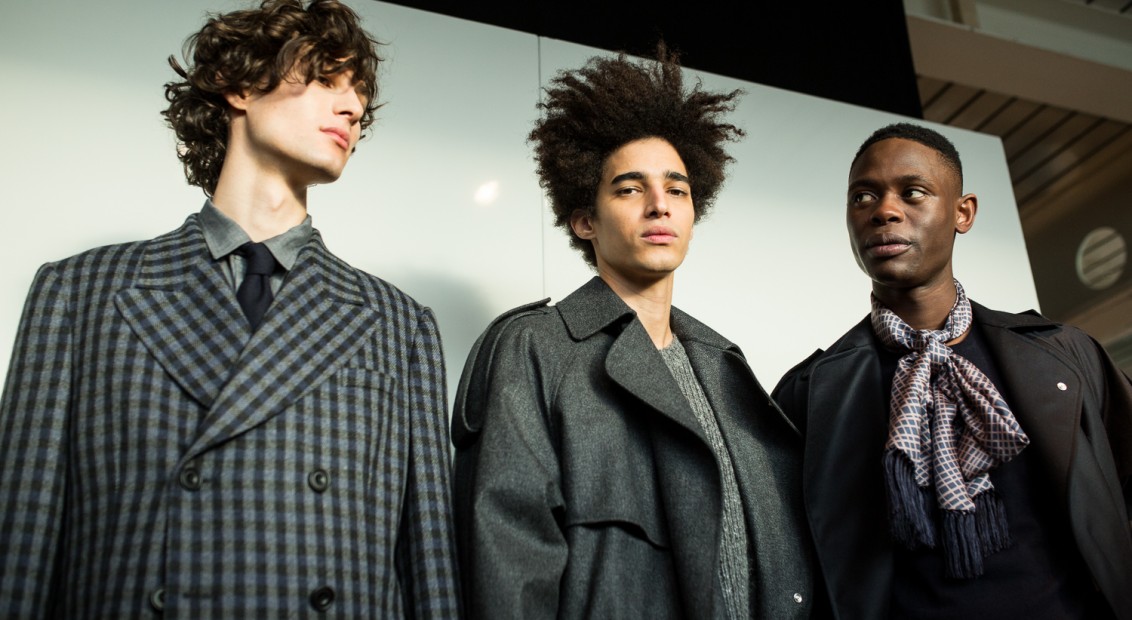 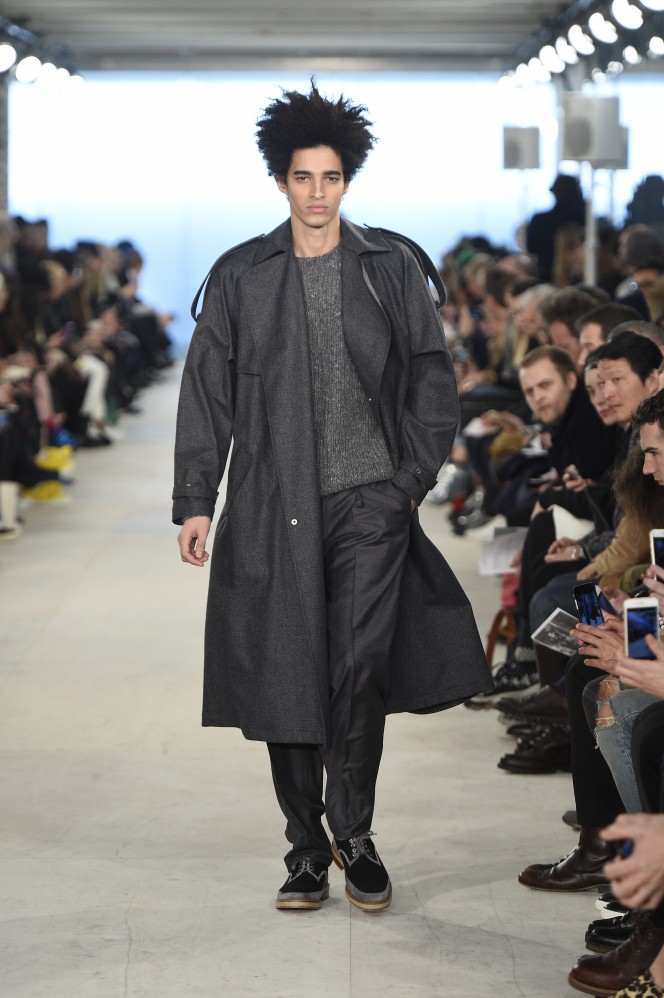 Almost seven years on from his appropriation of Edward Tautz’s Victorian military and sporting label, Patrick Grant has grown E. Tautz to glorious success, blossoming the brand from a background that began humbly away from the world of fashion. Since his migration from telecommunications, Grant has cemented his reputation for experimenting with the more traditional traits of formal menswear, with previous collections adopting Tautz’s tailoring roots but amplifying their audacity through exaggeration and embellishment.

Whilst in-keeping with the predominantly monochromatic and muted palette of his FW15 collection, the 2010 Menswear Designer of the Year drew inspiration from the vivacity of the 80s roller disco scene for his display at this year’s London Collections: Men. Strutting out to Eurythmics’ Sweet Dreams, the models donned oversized trench coats adorned with overstated pockets, great collars and stretched shoulder detailing. Everything was larger-than-life, and Grant’s influence became evident as the slack-fit, grandpa-collar shirts came out tucked into draping trousers and tied together with skinny belts.

The use of print and check was more sparing than in last season, as emphasis shifted towards an exploration of tone; blue, grey and black were employed in hues of midnight and cobalt, crow and onyx, fog and graphite. Approached in various forms, Grant’s knitwear consisted of a multitude of woolly crew-necks, some in polka-fleck and some more understated, which preceded a pewter-pressed piece cut low into a V. Though twisting and refashioning the ultimate vision of Tautz’s bespoke tailoring brand, Grant nodded to his Victorian predecessor with military-style outerwear. In doing so, he created a collection that sought to combine the distinctive values of traditional formalwear with retro-referencing, forward-thinking design. 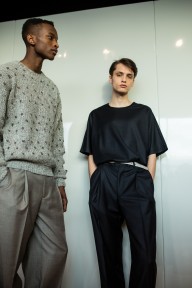