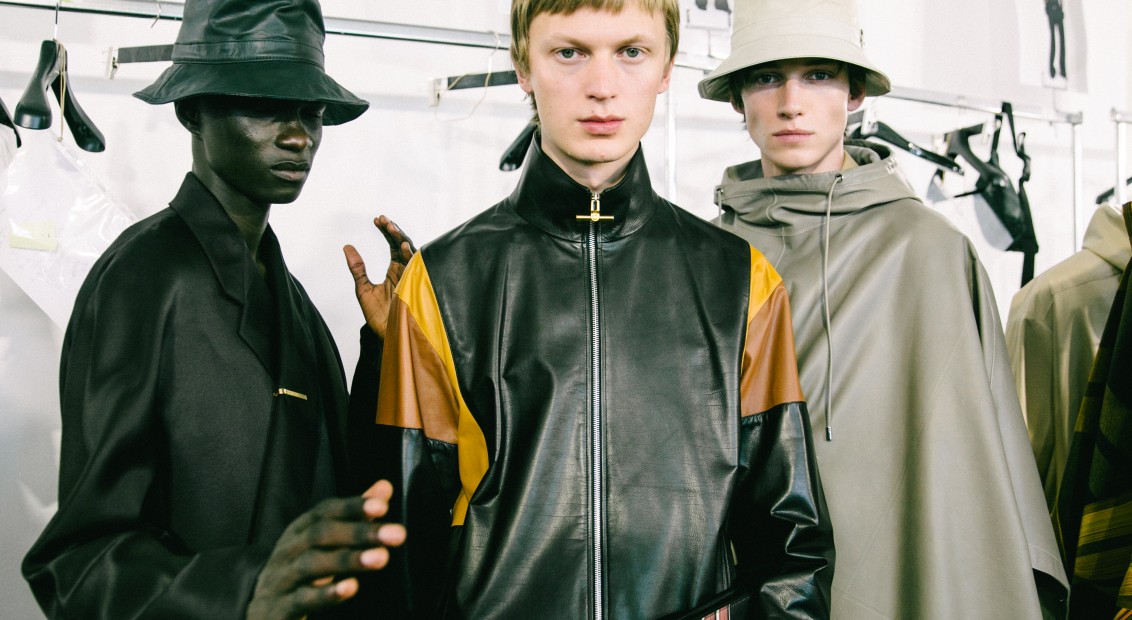 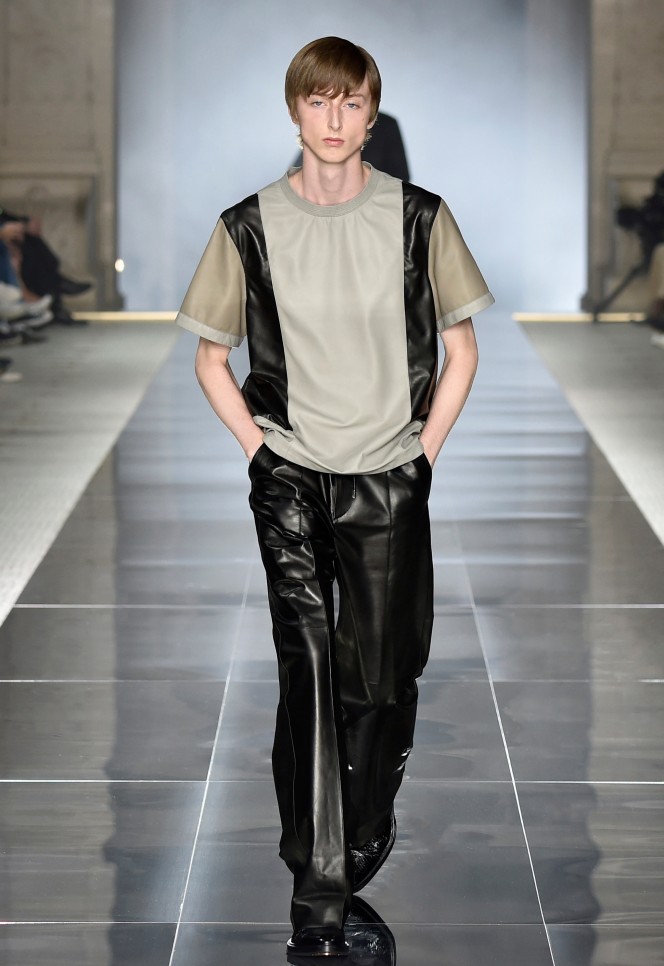 For SS20, dunhill looked to Japanese design and its impact on Britain’s casual clothing culture during the 80s – offering a collision of the two cultures.

“Classicism distorted became a defining theme for me this season,” said dunhill creative director Mark Weston, so it’s telling that he chose the British ‘Casuals’ movement – a period of fashion disruption, where football subculture appropriated popular heritage brands and gave them new meaning. Using this as a springboard, Weston looked to disrupt tailoring but in a more elegant and elevated form, adapting key Japanese shapes for its menswear.

Several elements of Japanese design are fused with Dunhill’s classic tailoring, playing with shapes and volume for a new take on subdued elegance. Instead of classic double-breasted jackets, we got relaxed kimono-esque cuts and pooled fabrics. Silhouettes are voluminous and rendered in a range of lush textiles, including washed wool-silks and a ‘poncho’ utilising a new form of quilted leather.

Weston also collaborated with Tokyo based digital artist, Kenta Cobayashi, known for his distortion and manipulation of images influenced by his home city and its evolving art scene, offering a Gen X update on hand-painted patterns and traditional craftwork Weston discovered in the dunhill archive. 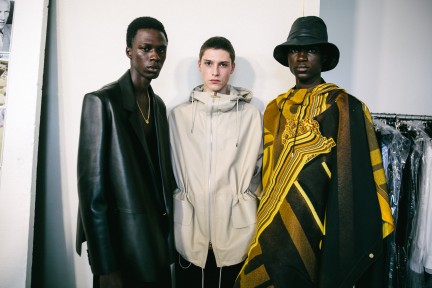