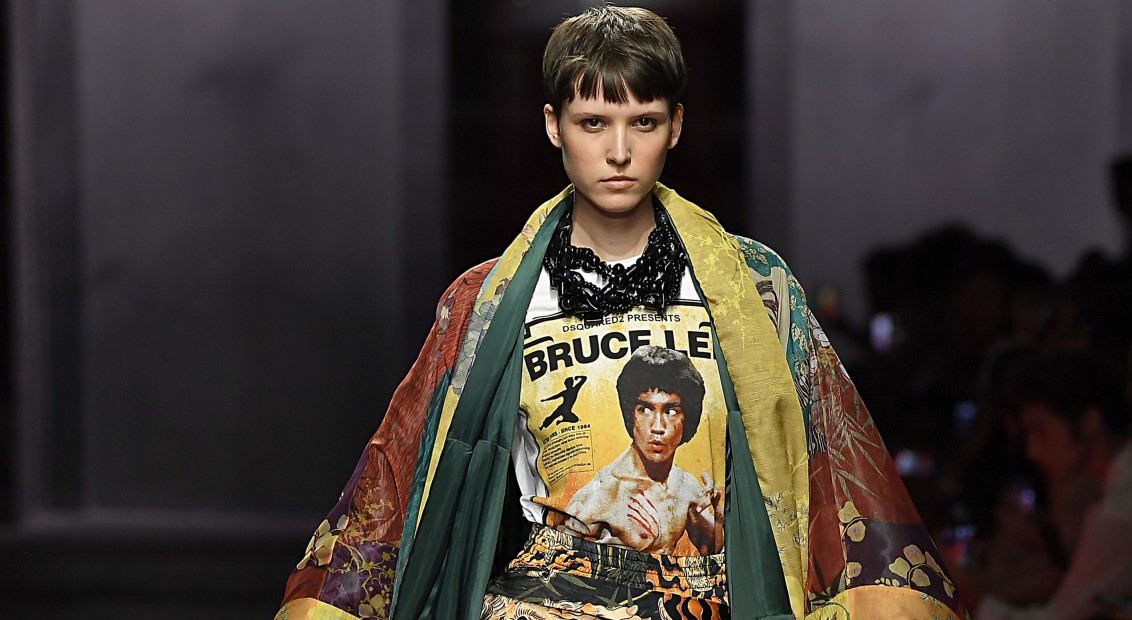 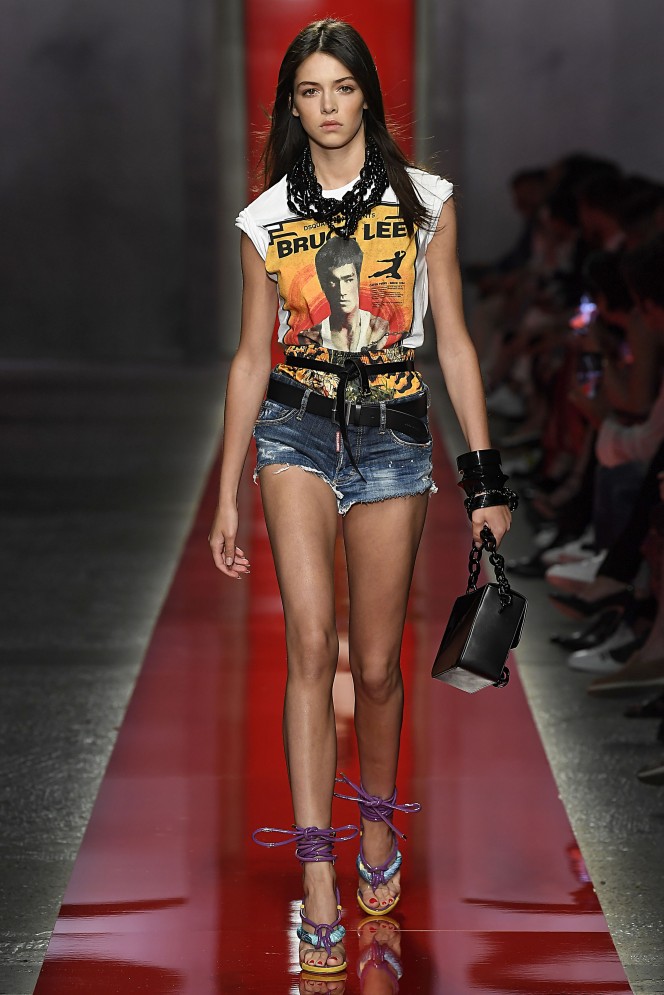 The ghost of late action hero Bruce Lee was written all over DSquared2’s SS20 show. From the moment a flame-red light hit the shiny, lacquered runway, it became evident that the cinematic, highly-stylised Hong Kong of 1970s kung-fu films would inspire the co-ed collection. “Looks draw on the colour and energy of the time,” confirmed an official press release, before listing a series of visual references: neon lights, splashy floral motifs, embroidered tigers studded through with crystals.

Backstage, designers Dean and Dan Caten spoke of these glossy action films giving them an escape from their sleepy surroundings. This fantasy was evident in the opulent collection filled with flashes of metallic gold, wispy organza and even silk boxer shorts, which peeked above waistbands and tucked in boxy, oversized shirts. Silhouettes were also designed with warriors like Lee in mind: lace tank tops and chiffon shirts hung loose, whereas a standout pair of trousers were cut with a paperbag-high waist and a slightly dropped crotch.

These were conceptual nods to Lee, but more literal reference came in the tees emblazoned with reprints of his most iconic film posters. Created in collaboration with the Bruce Lee Foundation, an NGO which provides social and educational assistance for struggling families, they represented a shared aim: to pay homage to one of Hollywood’s most influential actors.