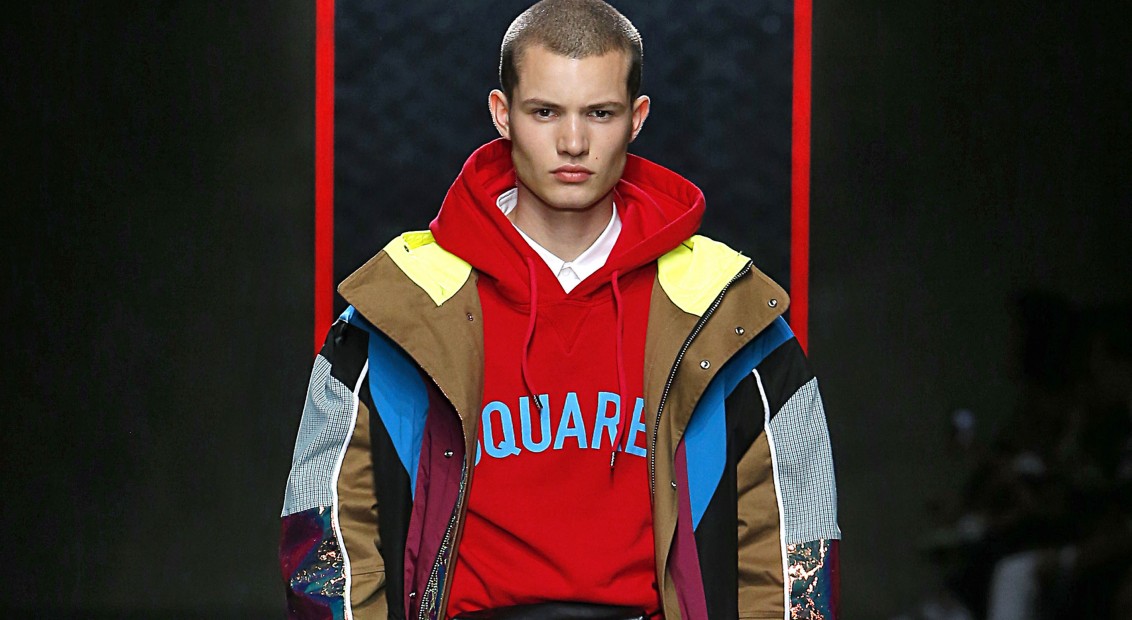 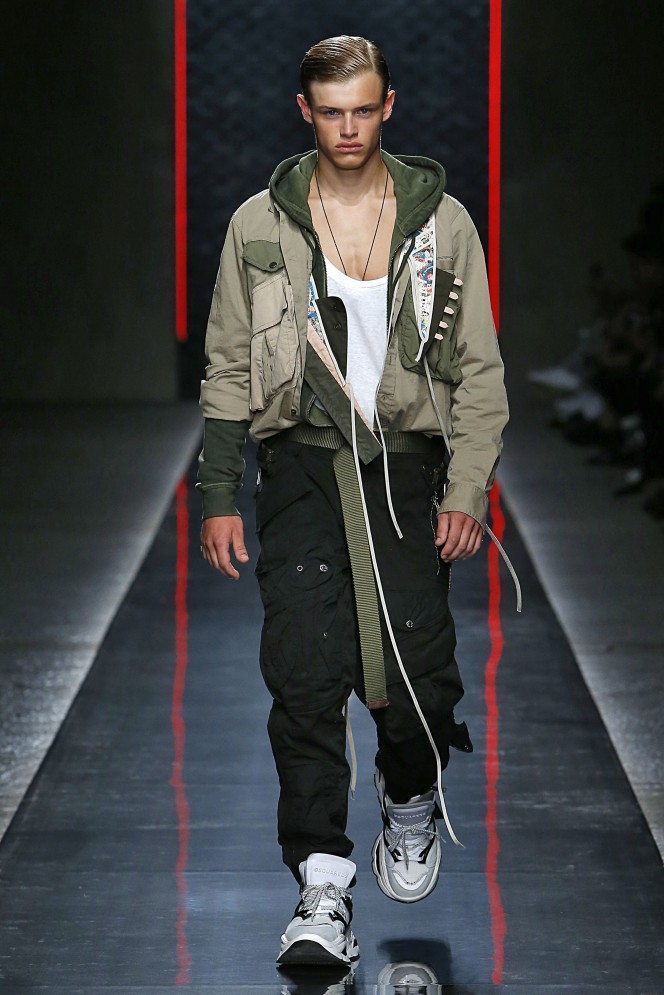 The Caten twins are known for their signature flamboyance and unwavering confidence. Where last season saw them look towards the Wild West, this season was influenced by military uniforms: in typical DSquared2 style, the apparent functionality of the looks did not undermine the sensual spirit of the collection. For women, corsetry was deconstructed and draped across the torso. Patent leather trousers and shorts for both sexes were paired with practical patchwork jackets.