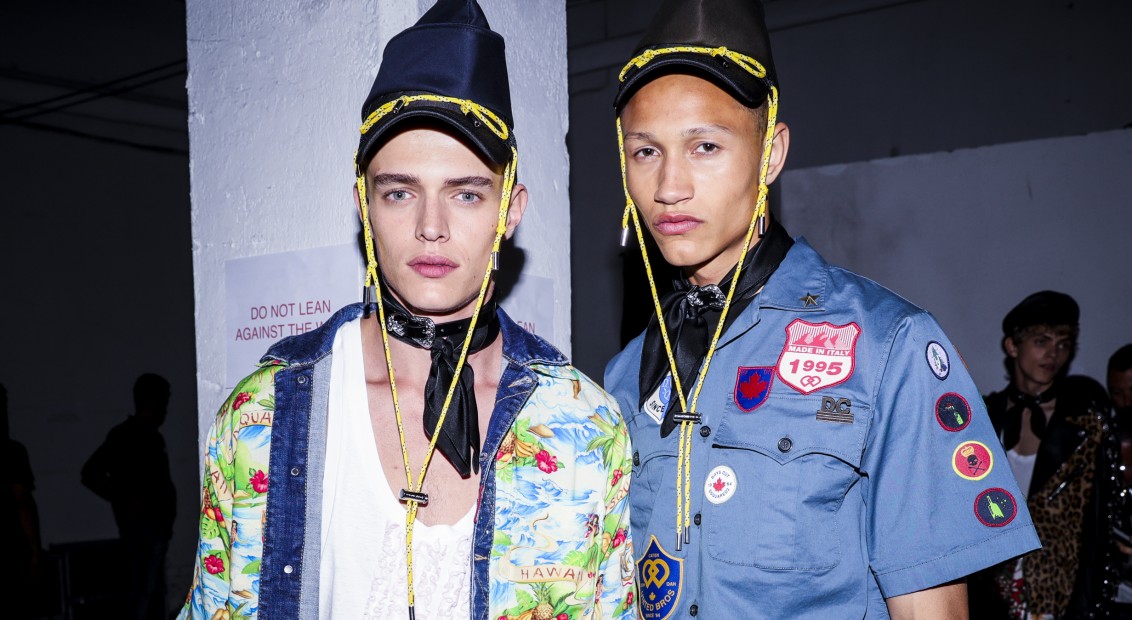 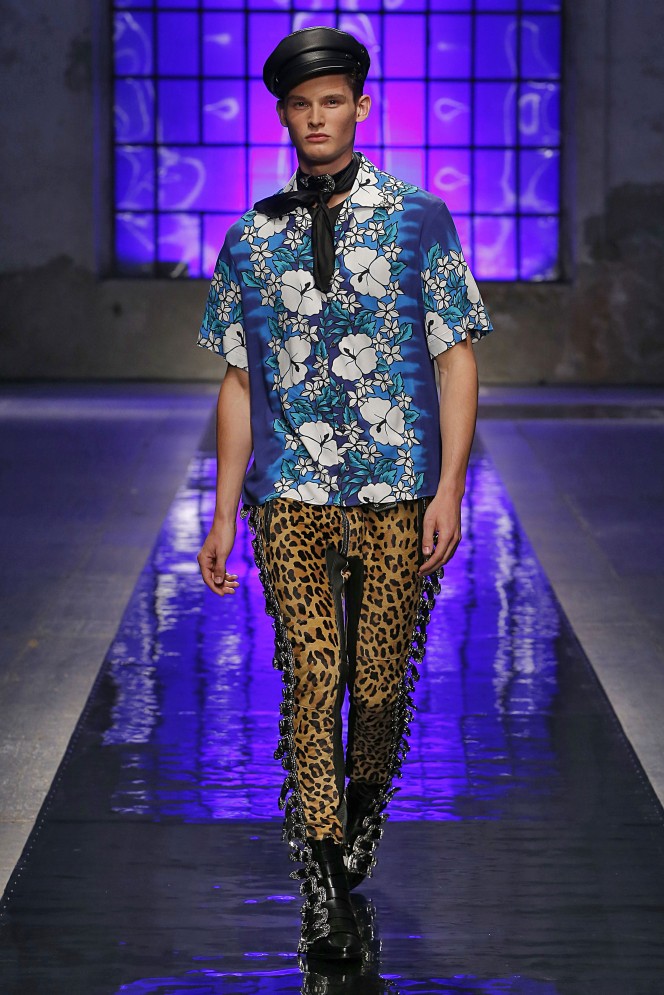 You can always count on the Caten twins for a spectacularly-kitch show. Their ability to combine camp-theatrics with high fashion is second to none and SS18’s lively offering certainly had heads turning with what felt like a Beach Boys meets the Village People mashup.

The brothers created a collection bursting with textures, prints and fetish inspired accents. Marking their second co-ed season; both male and female models hit the runway in Hawaiian shirts, leopard print biker jackets and leather pants adorned in multi-buckles with reams of tulle and swatches of red leather throughout. Several of the looks were completed with leather caps, following on trend from Raf Simons’ Robert Mapplethorpe inspired collection. A “bad-boy-scout” theme was also introduced to the the mix. Components from the uniform like official beige shirt, neckerchiefs and badges were a playful contrast to the womenswear, which felt feminine and sexy in a Courtney Love kind of way. 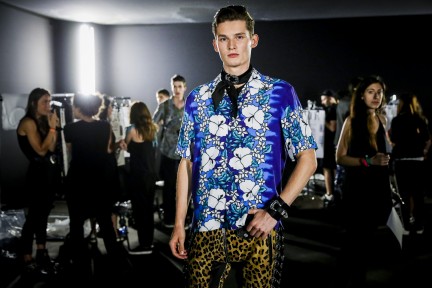