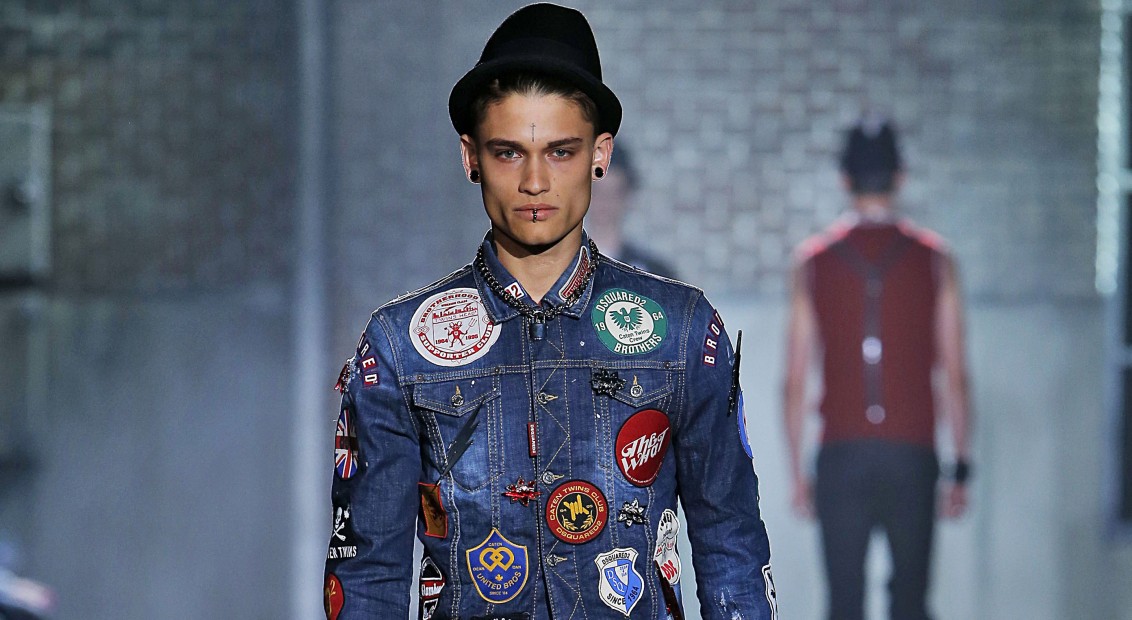 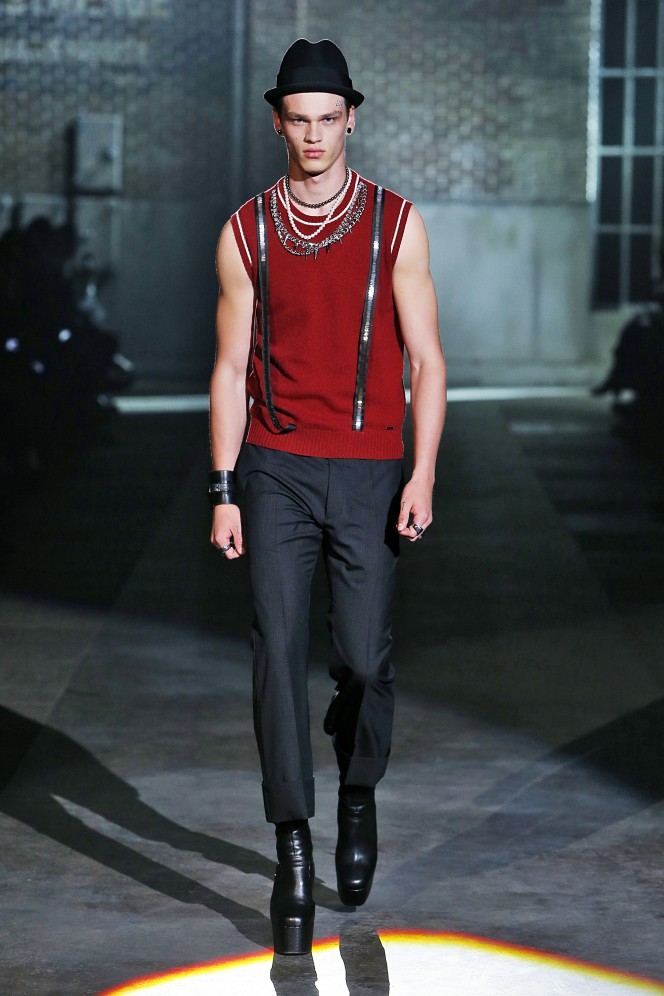 At Milan fashion week, there are a few brands we can rely on to make an impact with their show – and Dsquared2 is one of them.

For their SS17 collection the Canadian sibling duo referenced the street, playing with the ideas of what makes a ‘man’s man’ today, whilst also touching on politically rebellious stereotypes.

The cast were a cool collective of skinheads, headbangers and boys with long french crops – each sporting a lip and nose piercing. There were references to mods and glam rockers throughout, with punk acid wash jeans, calf-high laced boots and braces alongside glitter platforms and jackets.

The same metallics crept onto the other garments too, with silver skinny jeans and subtly flecked knits with hints of shine as well as delicately embellished bombers.

All these elements were then tied together with a racing black and white chequered print and the Caten brothers’ staple jean jackets and parkers, adorning numerous budges featuring mock band names and whimsical statements.

The twins finished their show with a wash of rainbow flags during their finale, a poignant reminder of the recent events in Orlando.