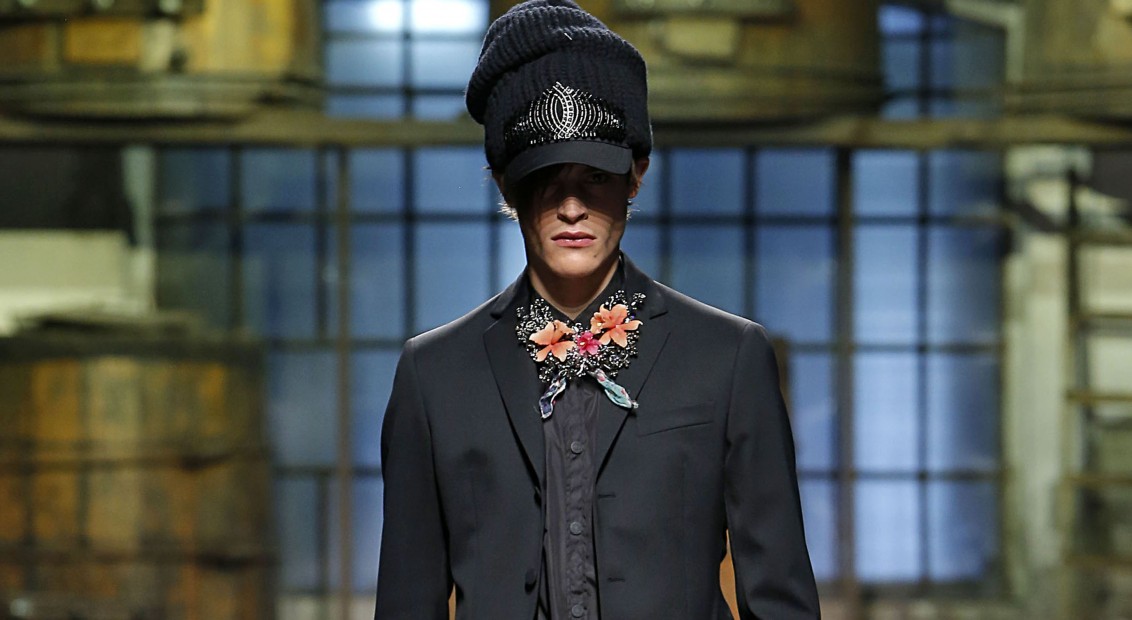 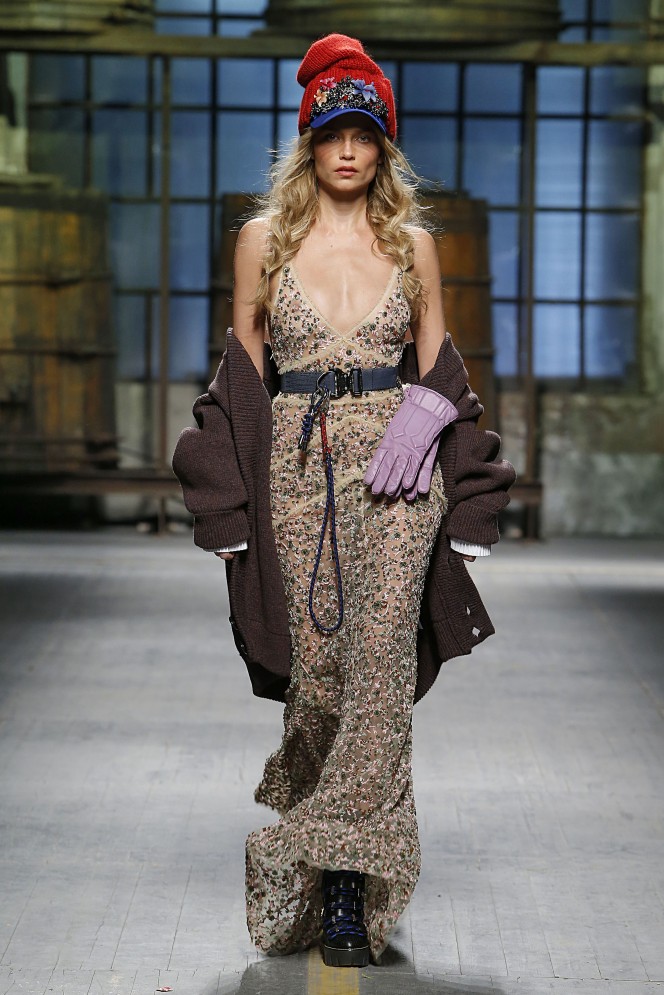 This season’s dose of DSquared2 was a double mash-up of menswear and womenswear, the Caten twins delivering a collection designed to be worn in tandem. “We created a look for him and her, and her and him,” the brothers explained. “She wears bouquets of flowers on her dresses, he wears them printed on his shirts and jackets; his long knit over a shirt which is also her look.”

It was important for the designers that their first co-ed show communicated messages of unity, their male and female counterparts created equal. And so we were led on a Canadian winter hike, headed up by “glamorous mountaineers” dressed in look-alike outfits that mirrored one another.

DSquared2 is never short on a reference, the designers preferring to include a contrasting mix of ideas and influences rather than edit to just one or two. Last season saw the duo go heavy on British influences, tapping into the youth movements of the 70s and pulling inspiration from mods, rockers, and suedeheads. Here, they looked to glamour and grunge, merging the two into a movement they tagged “GLUNGE” – a very DSquared2 hashtag if there ever was one. Cue decorative jewels that were hand-sewn on lace, long dresses on girls with Morman-esque necklines, loose flower print pants on boys, shearling-trimmed backpacks, and high-shine fabrics encrusted with crystals.

Though cuts differed, accessories for men and women were identical, with silk foulards knotted at the neck in an expression of co-ed style. The show closed with models wearing mega sequinned boots, like a salute to David Bowie – the ultimate chameleon whose pioneering fashion pushed the boundaries of gender-led fashion. The boys made a show of it once again, but here their statement was in double time.