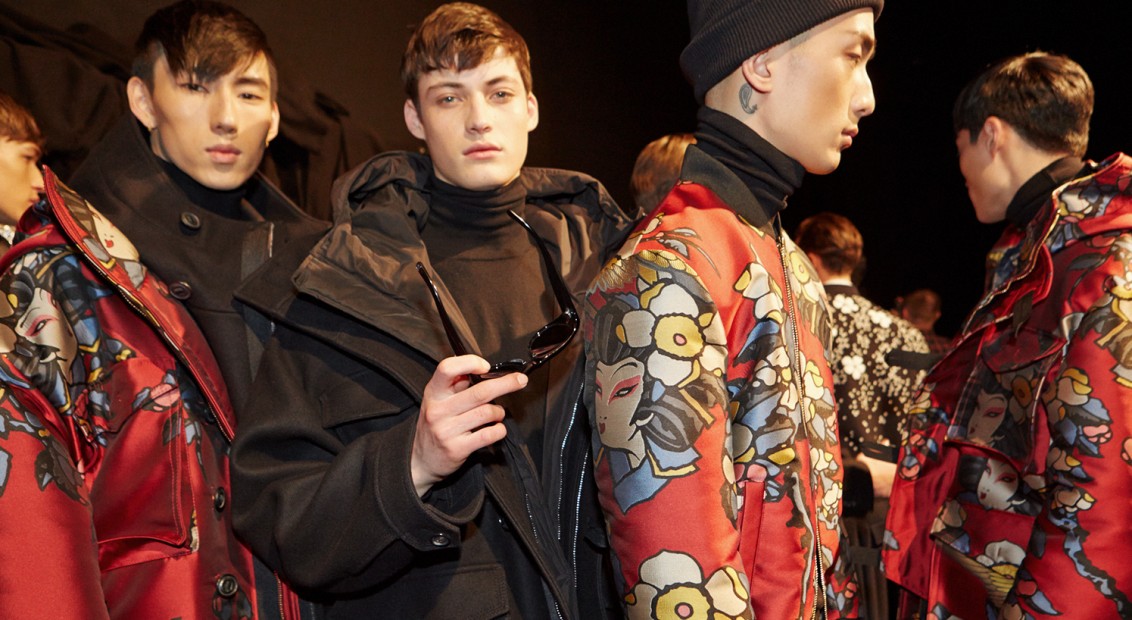 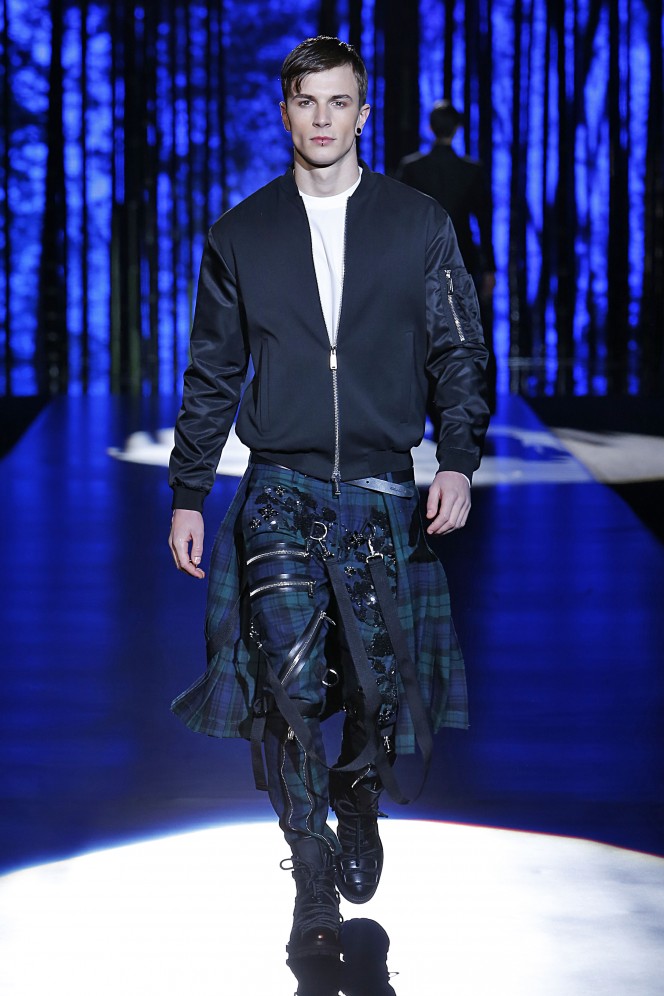 #Mangapunk was its name. Tropes from either tribe were visibly flaunted in their respective boundaries from impractically placed, chunky zips, tartan-printed separates, box, side, and inverted pleated mid-length and asymmetric skirts to manga’s archetypical, muscular use of colour, illustrative strokes and other worldly character base. Within both parties, however, are opposing forces attached to said clans: punk is point-blank zeal rooted in anti-establishment sentiment and anger; manga is whimsical, quaint, dreamy and exists in a realm of innocent escapism.

Despite that the Caten’s managed to get both factions cooperating by mediating the conversation with their affinity and expertise in indigo-denim manipulation and tailoring. So pleated-denim kilts were cut up in halves and quarters and attached at the side of hips and at the back – some were embellished slightly, too – while tailored trousers, worn underneath, were occupied with varying lengths of zips. (Total punk vibes.) And manga characters were printed haphazardly on bombers, skirts, huge coats and panel inserts on jackets. A parade of unification. 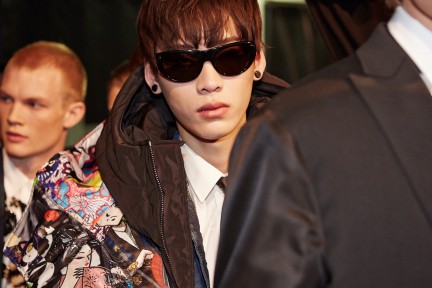