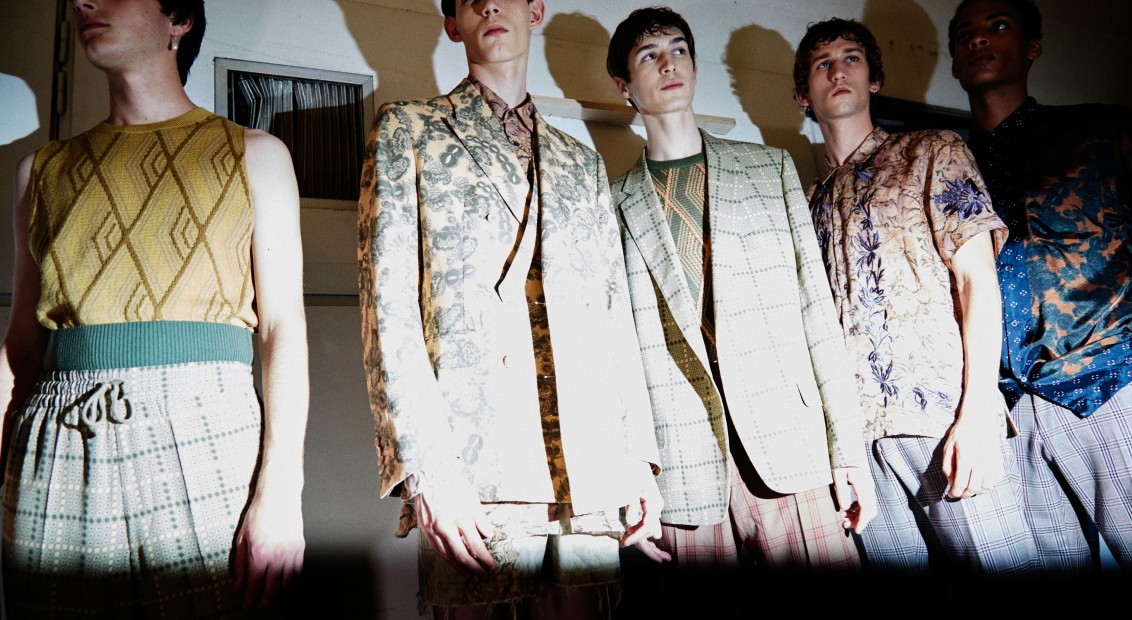 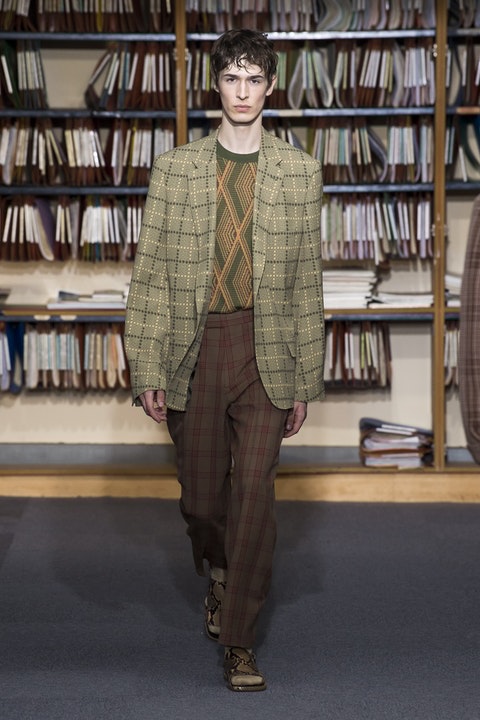 Dries Van Noten held his SS18 show at the former editorial offices of a French daily newspaper ‘Libération’, on Rue de Béranger in Paris – a newspaper founded in the wake of the protest movements of May 1968. Entering through the car park, guests circled eight concrete floors to beneath the roof of the building. On route we passed empty hair and makeup stations and the backstage TV monitor, providing a candid behind the scenes perspective of the show.

According to Van Noten the collection isn’t a theoretical offering, it’s an exploration of colour within the confines of menswear. When it comes to colour Van Noten is one of the best, like a painter, he captures the subtle intricacies of tone. The show began with monochrome menswear staples that quickly transformed into a feast of hues, ranging from petrol to dragoon blue, marine, mouse, lettuce, bark, chestnut and amber sand. Notable garments included the matching shirt and necktie combos worn with pearl pins; the military shirts with front pockets and shoulder epaulettes; and the high-waisted trousers created a taller and softer cut.

Overall, the silhouettes were oversized with exaggerated sleeve lengths and wide dropped shoulders in a number of the garments. And, a fun detail that we picked up on were the long retro socks – a playful counterpoint to an incredibly chic collection. 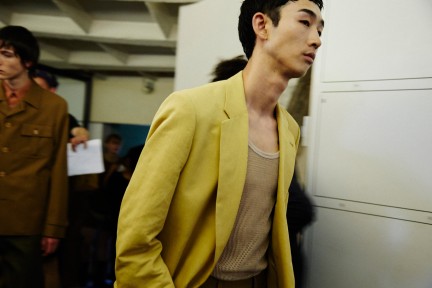