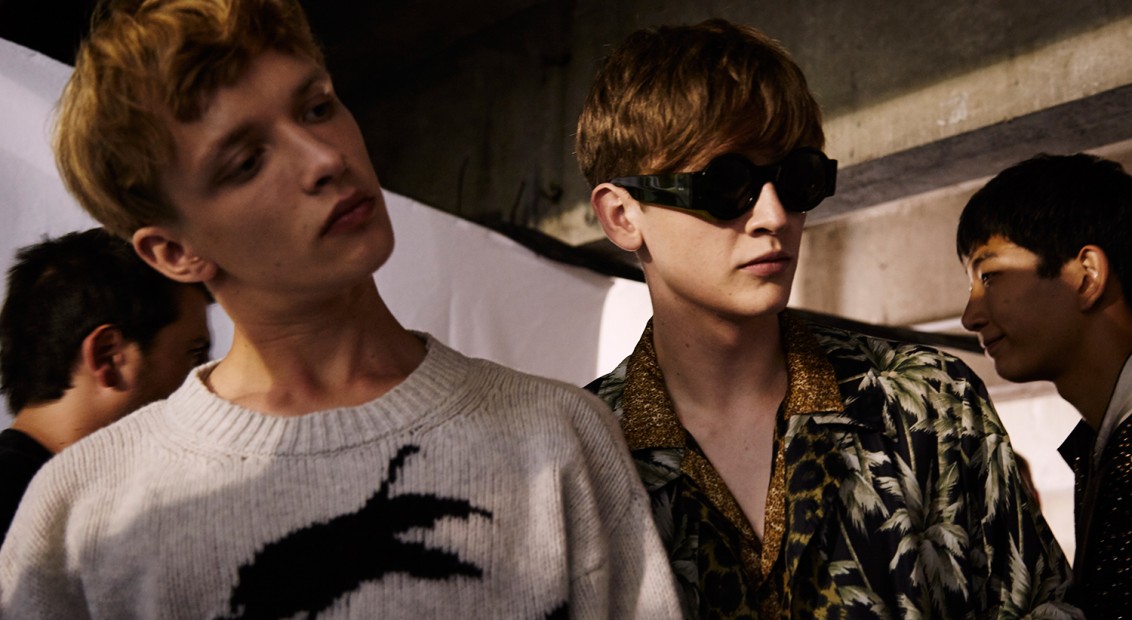 If Dries Van Noten is a composer of the fashion plain, his clothes are an immortal symphony. Instruments are his references, a richly textured wash of cultural signifiers heavy on contemporary art and botanics: the Belgian designer is a keen collector of his artistic contemporaries, his most impassioned and recent favourites ranging from photographer Ryan McGinley to Azuma Makoto, the Japanese artist famed for sending a Bonsai tree into space.

Yesterday in Paris we were treated to a suite of heavier than usual artistic proportions. Take the soundtrack. Crafted by Kid Koala, a soundscape tittering with the voices of Marilyn Monroe and Salvadore Dalí and Punk provocateur John Lydon backgrounded the boys as they stormed the catwalk. As is standard with a Dries collection, the significance wove deep, but you could draw the lynchpin as the insatiable commercial hunger than drives our digital machine of a society today. Take the Monroe-Dali connection – the Mao influenced silk bombers. Monroe’s face cackled its way across silk shirts and elsewhere a double breasted suit, even shorts, while sequinned lips popped. Van Noten touted his string of references as ‘creative provocateurs’, another of which was Elsa Schiapparelli, whose attraction to leopard print made killer outerwear, the best a coat with a hard lounge sensibility. Oh, and a lobster clawed its way across knitwear – as the B-52s screeched ‘Rock Lobster’ through the speakers. Fitting.

The musical romance that carries across Van Noten’s work was here, but amongst it all there was a sharp feeling of humour – irony, even. As Andy Warhol’s Factory churned out pop stars like Monroe as commercial objects d’art, his output underscored the sellable ability of just about any object. Was Van Noten this week commenting on the connection between this idea and the quickening pace of the fashion industry today? Perhaps. After all, the industry runs on us going gaga for signifiers, objects and symbols that imply status or meaning, churned out again and again just slightly differently each time. The point being, that’s okay. When you make clothes like Van Noten, repurposing is a precious art in itself – no more so than when it’s served with a sharp raise of the eyebrow. 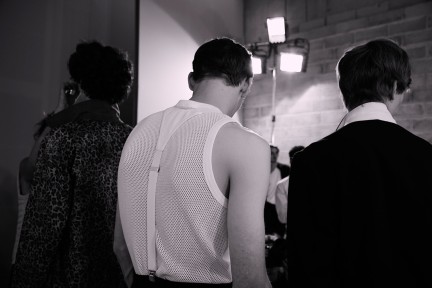