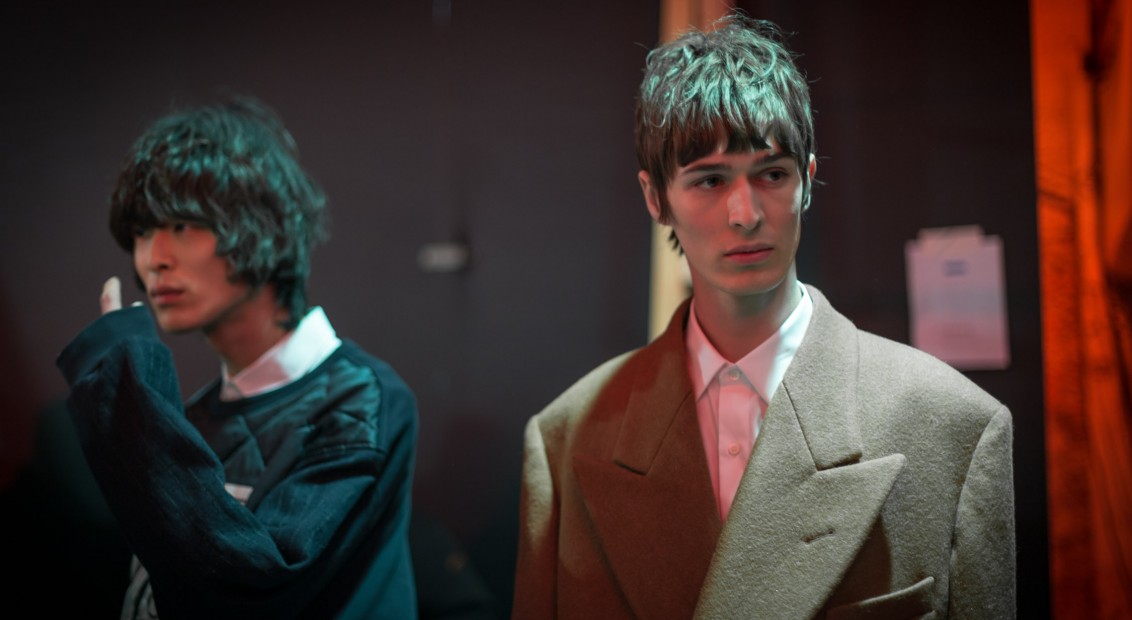 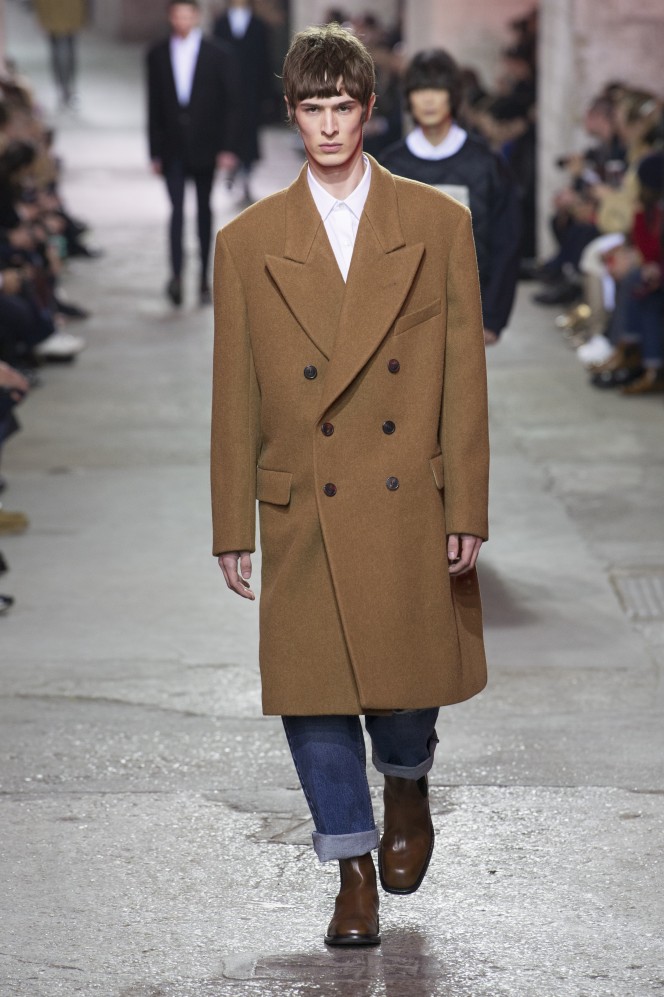 Another spectacular show from Dries Van Noten – his 99th in fact. To mark the occasion, he showcased “menswear archetypes” from his incredible archive, rehashed and reinvented for collections to come.

Held in an underground tunnel in Porte de Versailles, the venue is of great significance for the designer. It was a location that he’d used back in the early 90s, during the key years of the Antwerp Six, when Van Noten was on the verge of major success. Tonight it was all lit up red, floor to ceiling, gearing guests up for an exhilarating few moments to come.

After three decades in the business, Van Noten stood strong. Models with cropped mod haircuts burst onto the runway to Iggy Pop’s wild high-energy Lust for Life. Stripping things, back he showcased his skill as a master tailor with “An emphasis on volume over embellishment and formality.” Where draped silhouettes and elaborate detailing might normally stand, here was an exploration of form and function, playing with archetypal blocks of the man’s wardrobe: coats, jackets, shirting, trousers.

The key silhouette throughout was an exaggerated body with tapered legs, including double breasted suits with strong, angular shoulders, sweeping floor length duffles and puffer-jackets, and big voluminous knits (so good). And though things felt cleaner than usual, it wouldn’t be a Dries Van Noten show without a touch of embellishment. Flowers were sewn onto the shoulder of a checked tweed suit and rubies were used as as blood-red beading on a boxy bomber jacket. Verging on the big 1-0-0, Van Noten is the master who just keeps getting better.