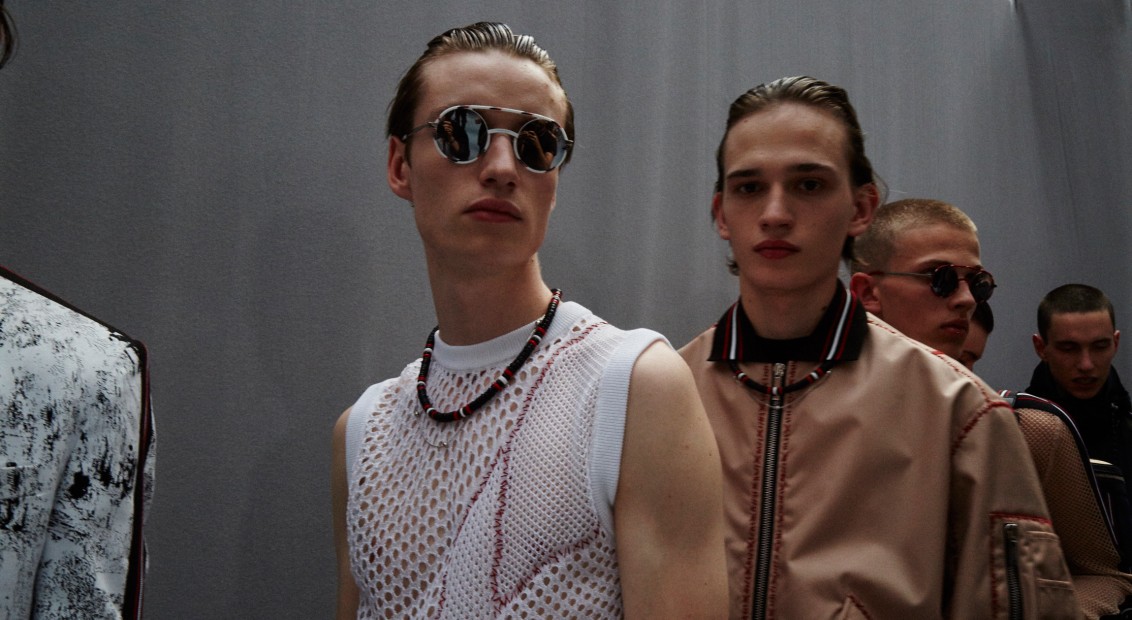 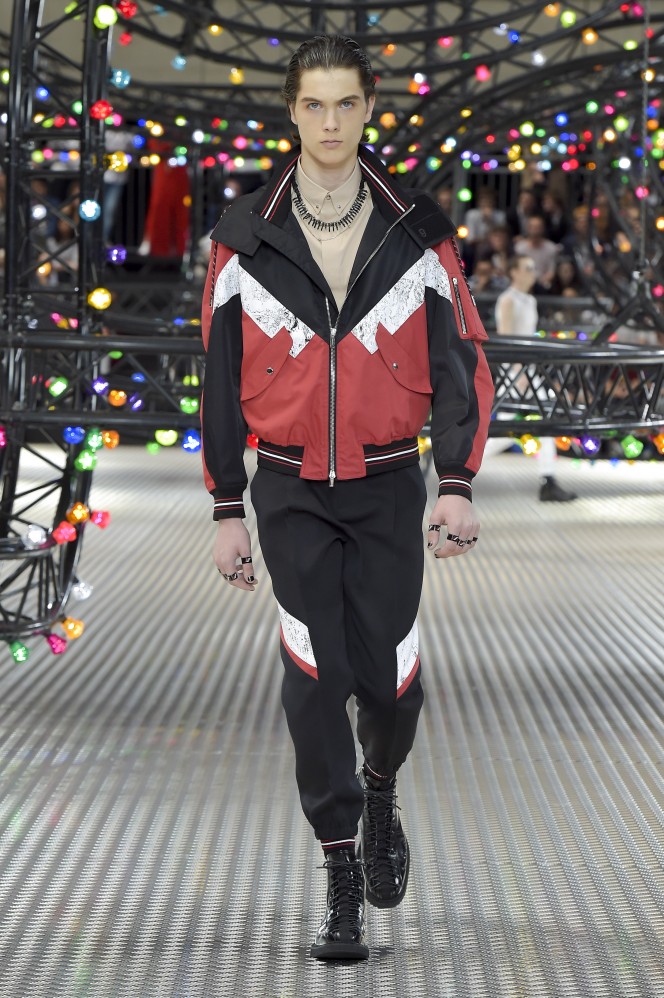 The influence of punk and its fortieth year has ricocheted across SS17 collections this fashion week, but Kris Van Assche has been otherwise occupied. The designer was thinking about another riotous subculture: the explosion of acid house in the UK during the late 80s, and the subsequent rise of a youthquake that quickly proved itself the biggest (and most moral-police shattering) the country had seen since the 60s. Acid house.

The inside of the Tennis Club De Paris was transformed into an industrial Fun Fair (the name of the collection) by way of a black rollercoaster structure complete with leery carnival lights. Looming over the audience and catwalk it channelled the spirit of the ultimate New Wave party temple, the legendary Manchester nightclub, Haçienda.

Factory Records and New Order jumped the gun when they built the Haçienda in 1982. They envisioned it as a major music destination but, as it turned out, Manchester wasn’t yet ready for a mega discotheque and the place was dead for the first five years. But when dance music became popular in the late 80s the Hac exploded, becoming a hub for anyone looking to lose their heads on the dancefloor, from Manchester scallies to international club kids.

It was this supercharged energy that Van Assche looked to this season. “There is a sense of collective consciousness to the collection – a remix of shared boyhood memories,” he said. For that’s what made a place like the Haçienda so special – young people of all backgrounds came together under one roof, unified by sound and movement.

Last year marked Van Assche’s tenth at Dior Homme and if there’s one thing that has defined his output it’s his innate knack for filtering the youth zeitgeist through his own vision. SS17 was proof that, as time passes, this ability only gets stronger, more acute. Working with the mechanics of tailoring that cornerstone Monsieur Dior’s legacy, he pushed expected elements to new heights via industrial additions. A slim suit, punctured with eyelets. Staples and lacing, punched and looped down arms and legs. Bondage style straps and harnesses across chests and thighs. You could just picture the Happy Mondays getting around it all.

Silhouettes were big, trousers gaping far from the ankle, balanced with netted tops in black or nude. (Perfectly breathable for an all nighter). Outerwear was imposing, heavy raincoat style cuts like those Manc kids wore out in those early Hac years. And like a second skin, the clothes these kids wore developed battle scars as they danced through their own realities. Here they lived on as frayed pinstripes, knits that looked torn, everything a little fucked up. A constantly evolving uniform for rebellion.

All together it felt full of life, energy, subversion – one of Van Assche’s strongest for Dior Homme. In today’s brittle world climate there’s something powerful in creativity that celebrates the underground as an extension of cultural unity. Youth movements often rise up without a home base, bubbling beneath the mainstream for long before they’re clocked on popular level. Anyway, Haçienda’s name was taken from Ivan Chtcheglov’s text, ‘Formulary for a New Urbanism’: “You’ll never see the haçienda, it doesn’t exist. The haçienda must be built.” 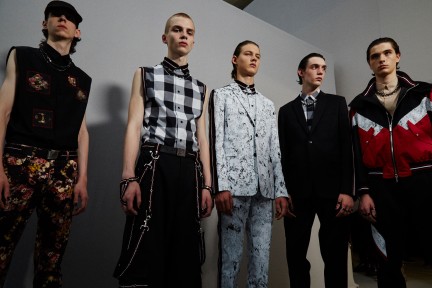