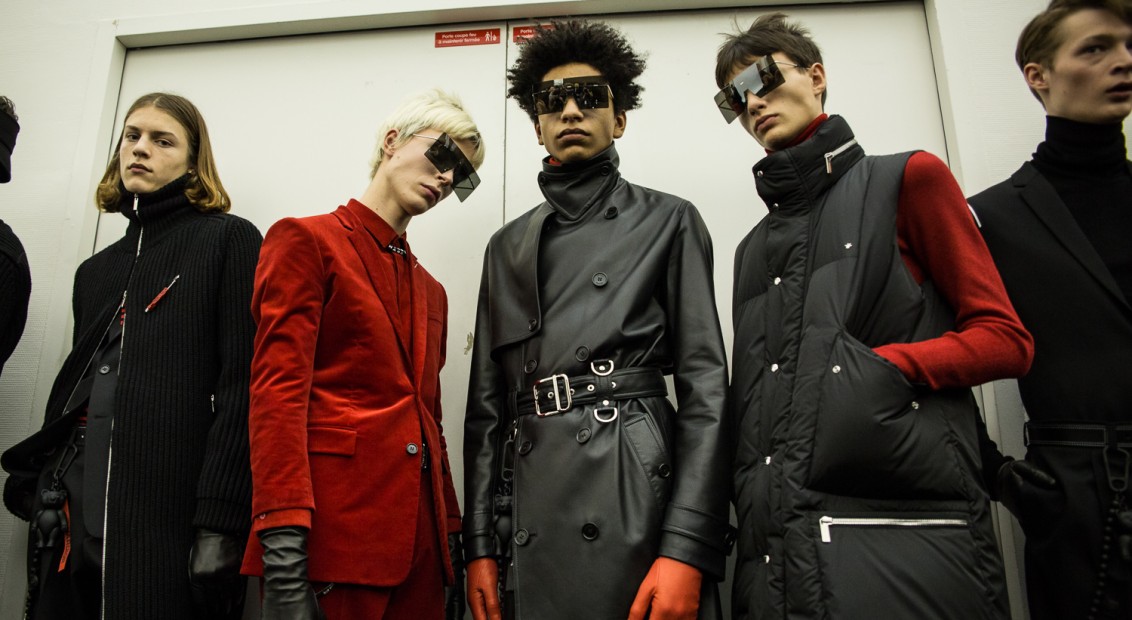 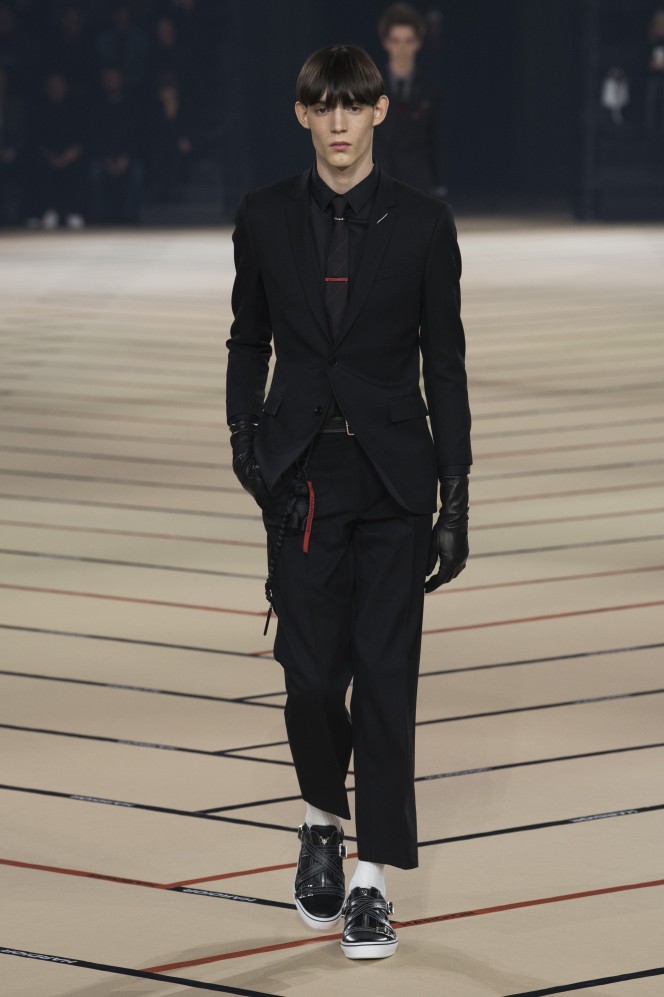 Big moments come and go for designers, some larger than others. For Kris Van Assche, the Belgian designer who helms Dior Homme, today was the major kind. This year marks his tenth at the house, where he has finely tuned a language that fuses the legacy of Christian Dior’s own handwriting with a modern attitude, hardwired with the energy of youth. Oh, and that legacy? It turns 70 this year. The ultimate double-barrelled achievement – time to make a show of it.

First we got word of a new venue, the Grand Palais. Not exactly your average space – close to the Champs-Elysées, the iconic museum holds more steel than the Eiffel Tower, and if you can tear your eyes away from the art on the walls, you’ll see the Paris sky through its incredible domed glass ceiling. The Salon d’honneur was strung with hundreds of shimmering party flags, lit up by orange lights everywhere. Suddenly the title of the collection, ‘Celebration’, made a lot of sense. This was a party – the Dior Homme kind.

Van Assche looked to the ultimate symbol of youth in celebration mode: the rave. “There will be noise complaints,” and “They should just let us rave,” read the show notes, referencing the all-or-nothing attitude that fuelled all-night scenes across Europe in the late 80s and 90s. Specifically, it was about the hardcore end of the spectrum: gabber, a style that pumped its way – 200BPM, hands in the air – from Detroit to Rotterdam in the late 80s, and from there to Italy, Germany, Scotland, and the rest of the UK. Pure, unfiltered energy… youth at its rawest.

Cue a rigorous new slogan, ‘HarDior’, that was emblazoned on sweaters, bags, open-top bucket hats and ties. Flashes of jarring orange appeared across a sea of black. Straps, suspenders, metal accessories and sinister little black bears hanging from belts. Massive safety pins on lapels, raver sunglasses. A mega fur gilet, white and blue, worn with a turtleneck knit like a luxury kind of techno gangster. Puffer jackets and tan trench coats. Oh, and those statements about the noise complaints? Here they were on knits, like cut-out newspaper stabs – below a portrait of Monsieur Christian Dior himself.

That’s where Van Assche’s take on the Dior Homme language comes in – that contrast of heritage with future, mixing tailoring with the sport and street codes that are emblematic of men’s fashion today. Call it Suits and Sports, or “Sartorial meets Street”, headed up by a new take on tailoring and a double-edged silhouette. That meant a progressive trouser, wide-legged and cropped above the ankle, revealing white socks above the creeper-sneakers. The outline up top was sharper, jackets fitted close to the body, arms elongated with gloves in an homage to Christian Dior the tailor. Those accents of legacy were everywhere – from flowers on knits (referencing Dior’s love of flora), to the designer’s lucky charm turned into a keyring, to the super fine threads delicately hanging from inside-out suit jackets and bombers, like a nod to the elite craftsmanship that defined the house from the very beginning.

The last few models walked to a stomach-sinking beat, their clothes cast in images by artist Dan Witz. A crowd of young faces at a rave – messy, moshing, elated. In that second, nothing else matters. A powerful finale, Kris Van Assche executing that clash of tailoring and youth culture at a few levels above the norm. Congratulations Dior Homme, here’s to the next wave. 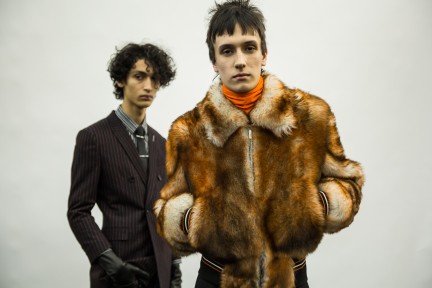