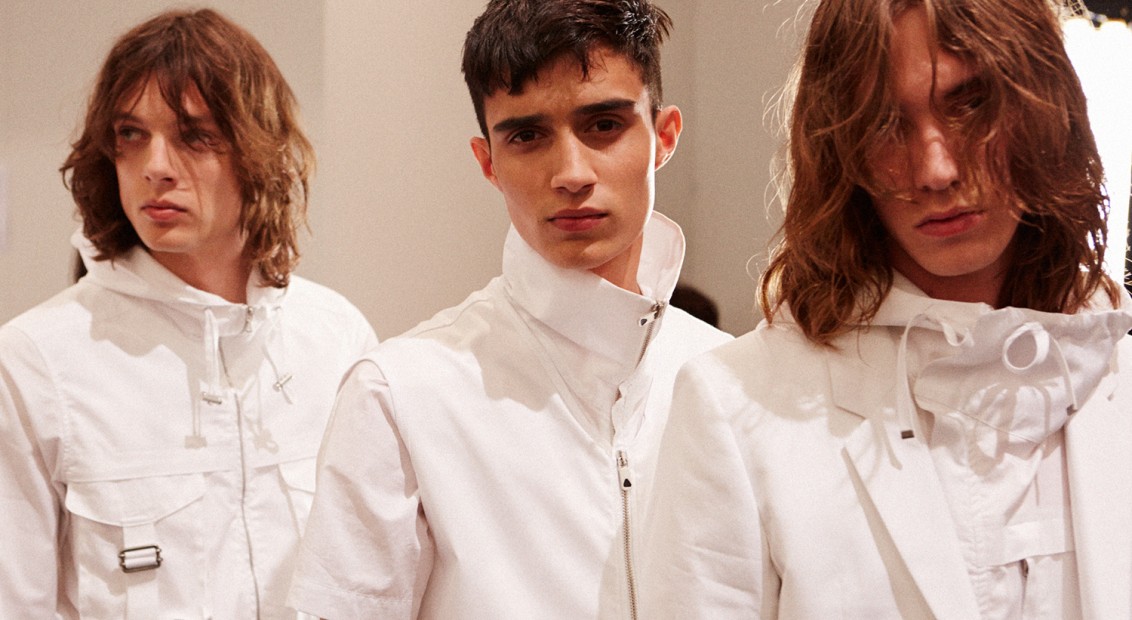 Andreas Melbostad toyed with the modern-day, male urbanite. This idea of an urban safari. What sounds like an innocent idea was turned on its head by Melbostad’s inherent fluency with sartorial grit.

Leather jackets, denim and torn-up jeans were the first few looks. Rough around the edges, slightly dark and sexed-up a tad: patent-leather trousers glimpsed through the multiple, top layers of shirts and jackets on jackets. A fetish edge. But all placed before looks that were drenched in a radiating white evoking a sense of purity, before diving back into an asymmetric, considered chaos that put denim inserts on diagonal horizons and strapped-up, mash-ups of the traditional leather jacket.

Fetishisation continued to make an appearance, creeping in the form of a jacket with laced-up fastenings embellishing seams and shoulders. And the same for a pair of trousers. Not before – again – being purified with gleaming whites and light shades of grey. What a tease: Melbostad gave you tastes, balanced and in small doses, before giving you permission to swallow a grittiness that was entirely palatable. A locked-down dance-off between an eager darkness and the purification of innocence. 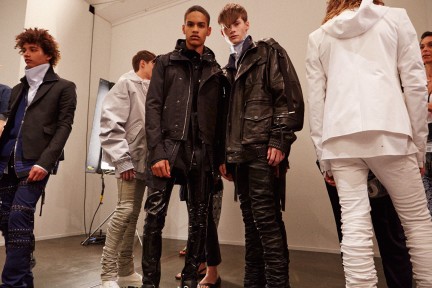