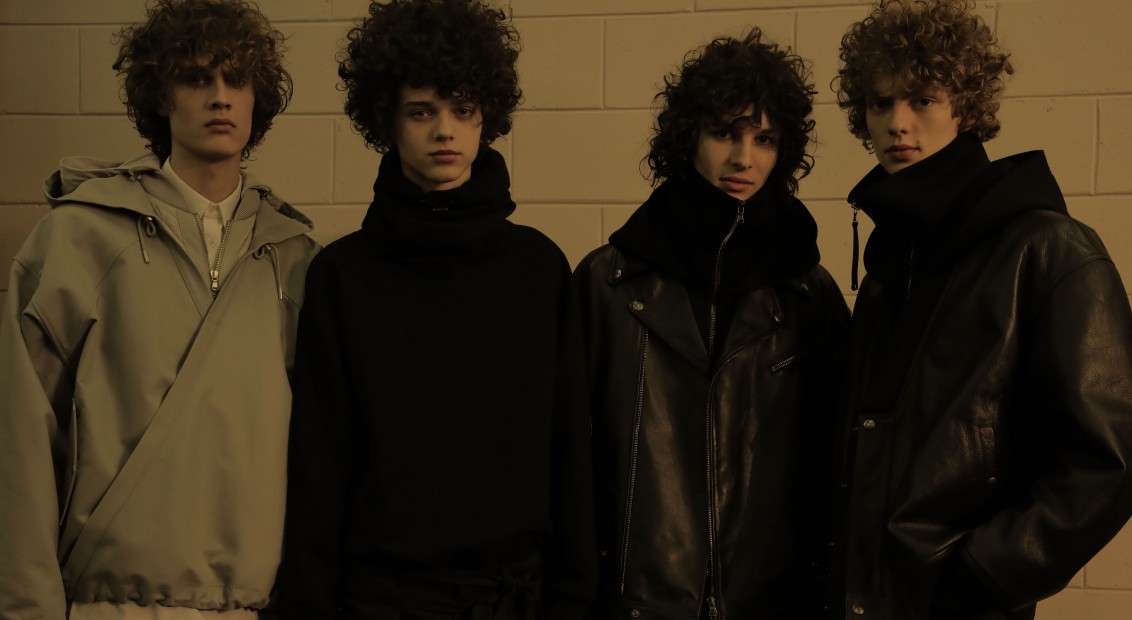 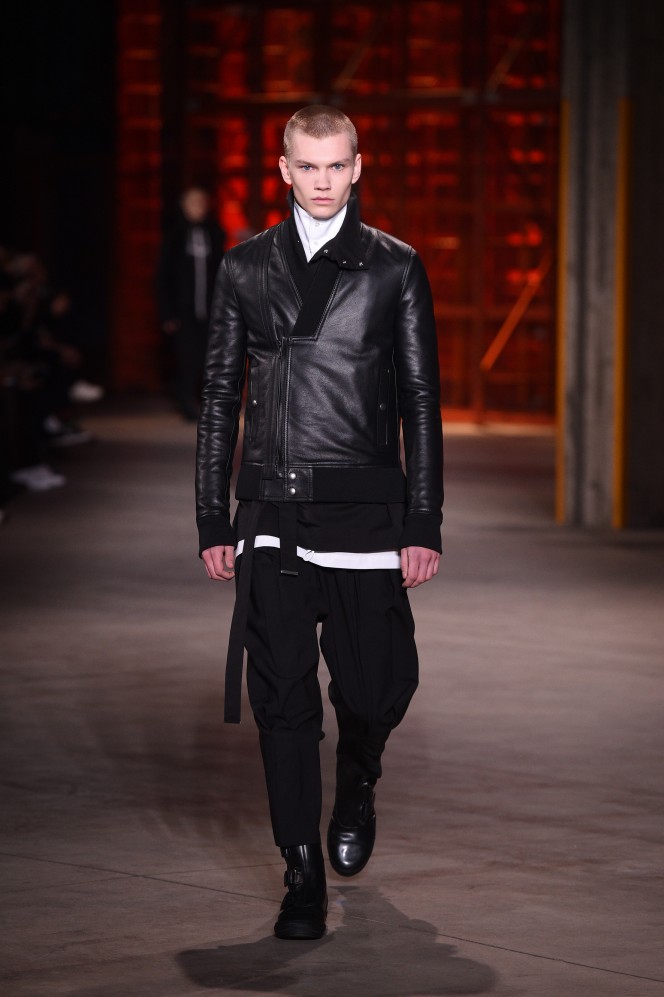 Commencing with the soundtrack of Ghost Dog: The Way of the Samurai (1999), Andreas Melbostad showcased his latest menswear collection for Diesel Black Gold, alongside a debut capsule for women. The show notes read that Melbostad had been inspired by “the mysterious, enigmatic attitude of Far East’s covert agents and mercenaries.” It was an influence that felt perfectly in keeping with the restraint and precision often found at Diesel Black Gold.

In a tension of martial arts and urban culture, kimono details were applied to motorbike jackets, in wrapped silhouettes and tie belts, or strictly tailored shirts styled with romantically draped trousers. Oversized outerwear, a Diesel BG mainstay, featured heavily: here, the imposing shapes were rendered in black leather, and embellished with Japanese monograms. The mix together left a faint impression of Bōsōzoku biker gangs in Japan, totally cool and a little threatening. 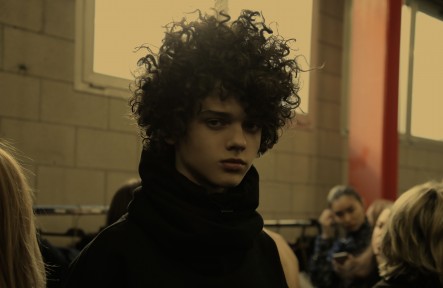