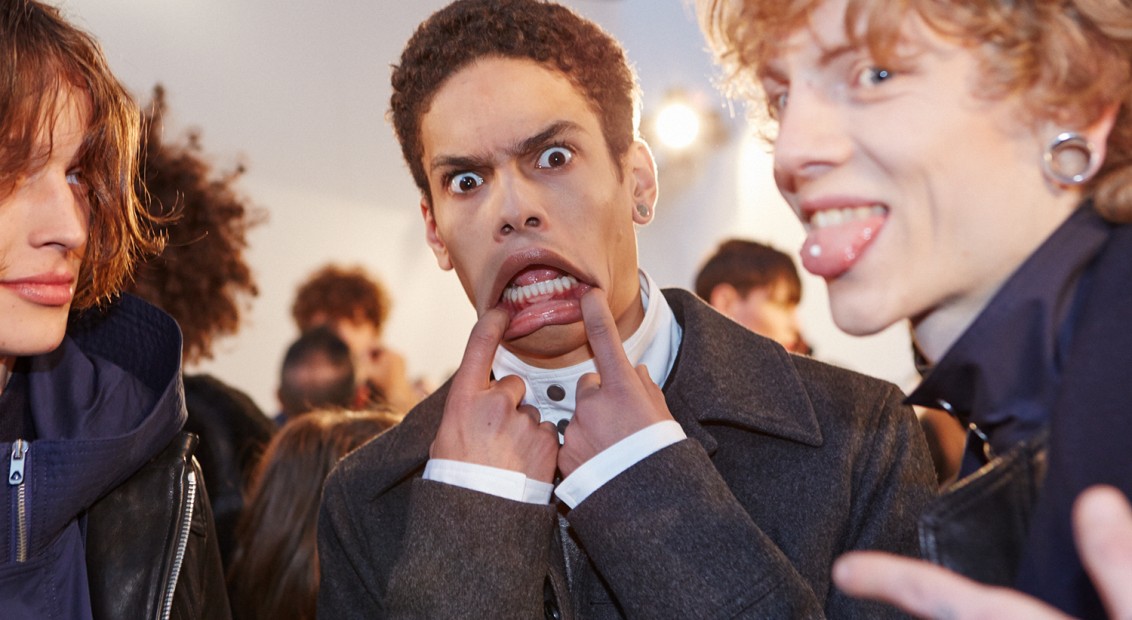 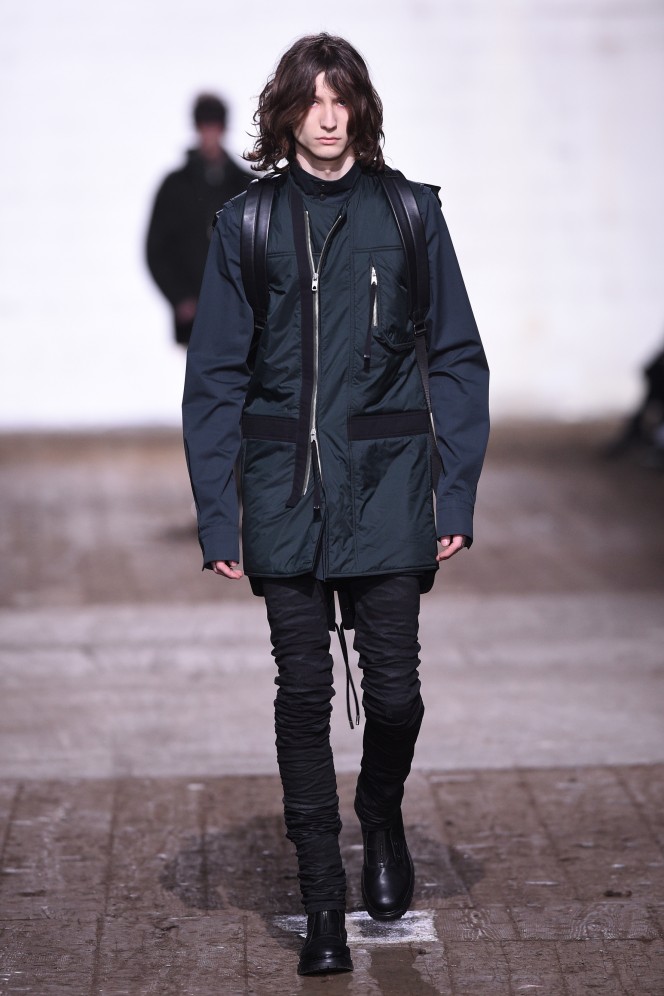 It was a series of photographs showing NYC bike messengers in the 90s that first sparked the interest. Clad in textured dark hues, collectively their faces wore a rebellious uniform of their own. This influence translated to the catwalk with utilitarian appeal. The flow of fabrics, their continuum and their representation as standalone pieces were all considered and precise. Short suits and quilted shorts were paired with skinny leg trousers, giving an otherwise casual look a renegade edge. After all, streetwear-cool is Diesel’s pedigree, and character is paramount. Trousers were fitted – at times adorned with horizontal patchwork -,layering was key and outerwear was king.

Diesel staples–parkas, bikers, field jackets bombers and slim leg jeans– were rebooted with an urban functionality, whilst tall, teddy fur jackets gave textural warmth to designs accentuated by metal trimmings–a standout being that black, shearling perfecto with wide lapels and exposed zip detail. Mega. Those studs, chains and embellishments that comprised the FW15 line weren’t as heavily played on this season, as Andreas Melbostad markedly made the tailoring the focal point.

Within the subtle collection that defining Diesel attitude was woven through, paired with a youthful practicality paramount to their brand dialogue. 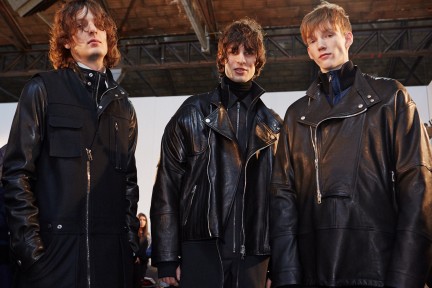