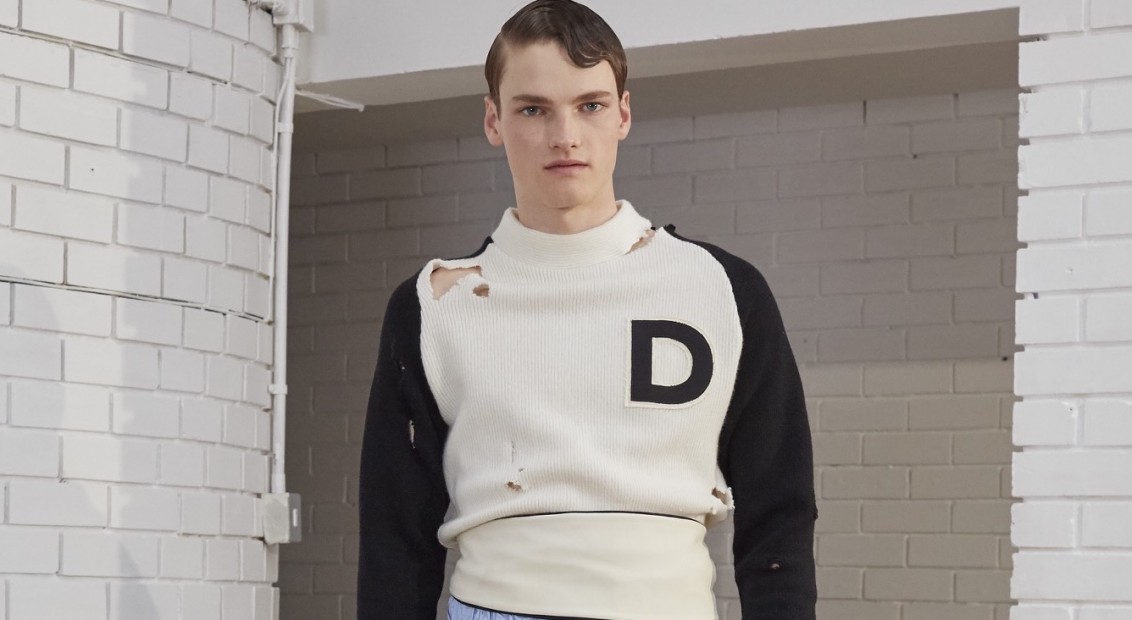 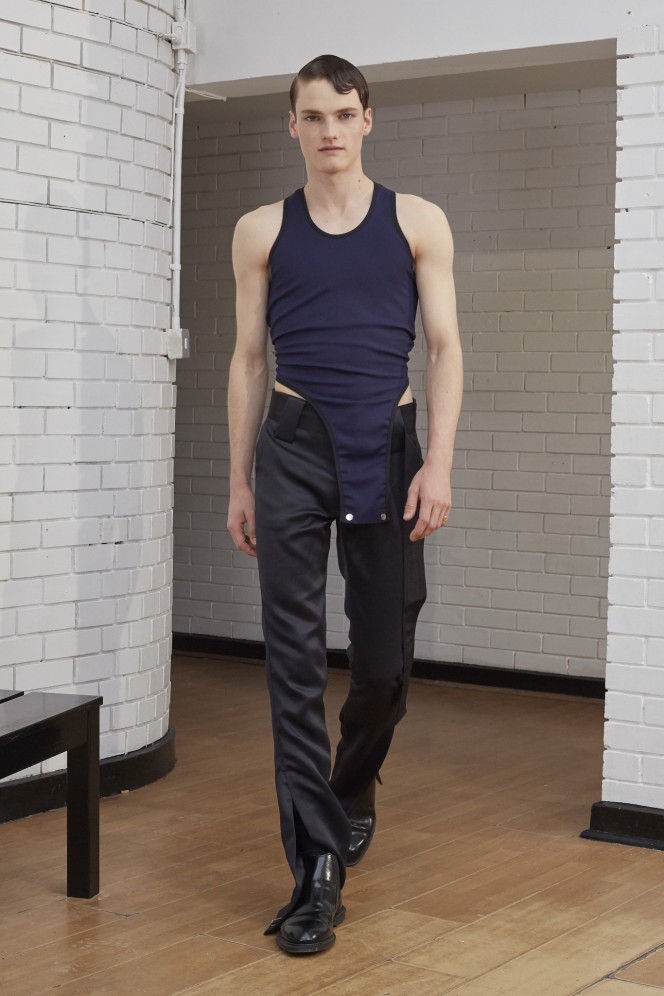 SS20 marks a shift for Daniel W. Fletcher; after years of showing in London, where he studied at the prestigious Central Saint Martins fashion school, this season sees the designer make his Paris debut. And this isn’t the only geographical change – usually inspired by his northern roots, Fletcher instead looked further afield for his SS20 muse: an all-American jock, stuck without an outfit just hours before the arrival of his hot date.

Sports uniforms have cropped up in Fletcher’s work in the past – see his FW19 football shirts for reference – but this season saw the embroidered initials of varsity jackets emblazoned on jersey sweatshirts and short-shorts. Wrestling leotards with button-up crotches were left to hang loose over sharp, tailored trousers with zip hemline detailing, and knitwear came complete with random rips and tears, as though tugged at by players on the pitch.

Titled Hopelessly Devoted – Grease reference we assume – the collection saw Fletcher stay true to his signature navy colour palette, but flashes of powdery lilac and pastel blue marked out highlights including a buttery-soft, knee-length coat teamed with an otherwise casual look. A series of dark denim looks printed with makeshift prom confetti rounded off the collection, which saw Fletcher build on his signatures while exploring new ground – both geographically and sartorially.