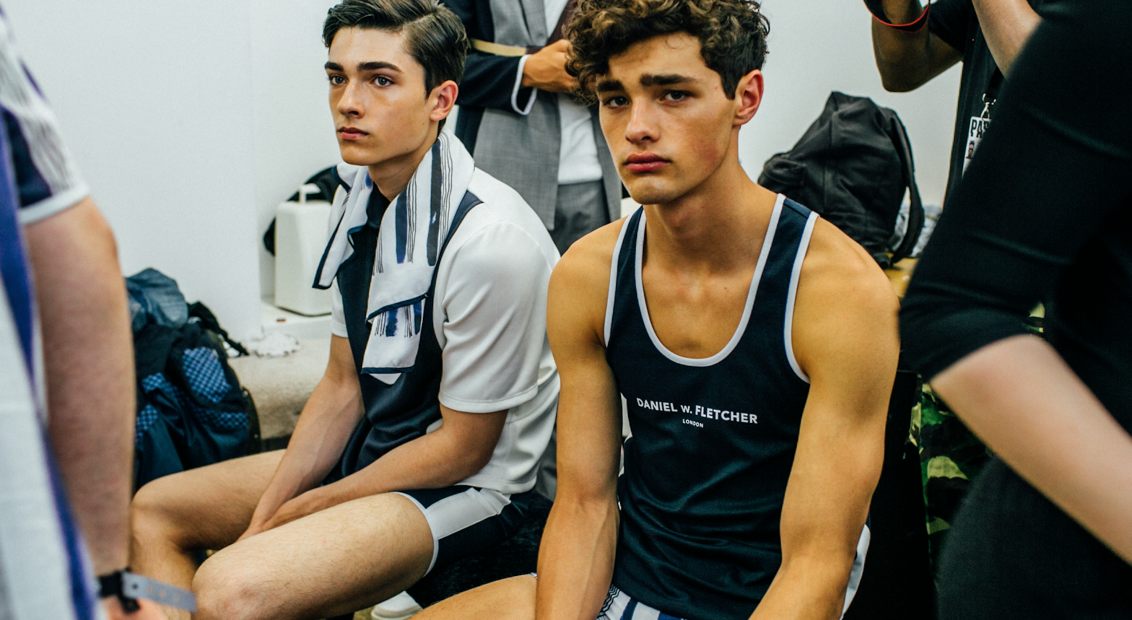 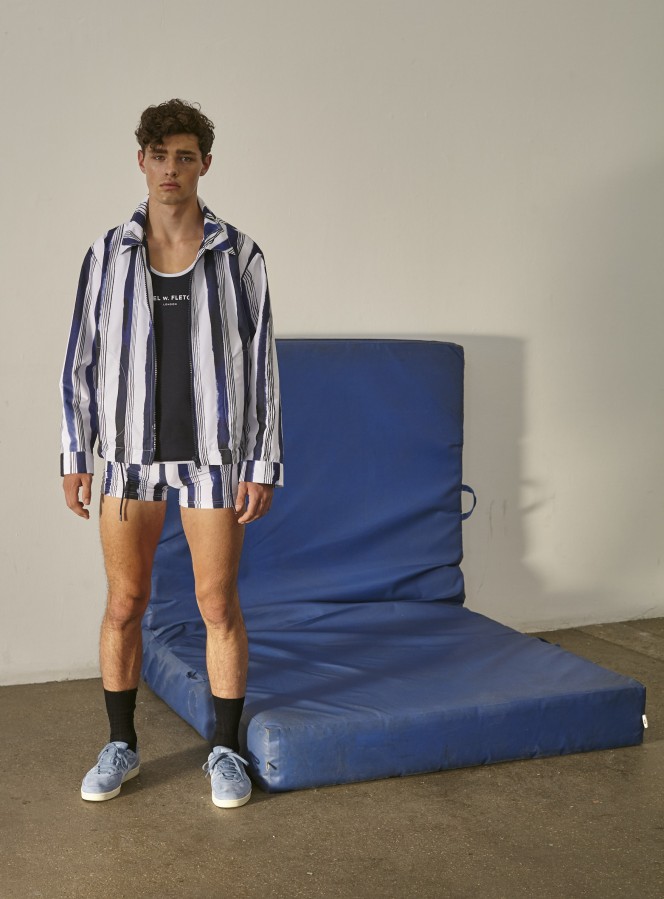 Since graduating Central Saint Martins two years ago, Daniel W. Fletcher has moved on up fast. Just this week, he was awarded the Boden Future British Sponsorship from the British Fashion Council, an achievement that follows on from several over the past few months, including the launch of his line at iconic London retailer Liberty. Now in his fourth season, Fletcher has firmly established his perspective, framed by an outspoken approach and a boyish aesthetic.

For his FW17 presentation, Fletcher had white warehouse walls scattered with gym mats – the kind we all remember from school. They nostalgically set the scene for Fletcher’s collection: twelve looks representing the symbols of traditional Britishness. That meant a focus on outerwear, utilising the structure of tench coats, field jackets and anoraks, paired with neoprene shorts and singlets reminiscent of 80s sportswear. Further down the line, stripes made an appearance on vests and shorts, bringing up thoughts of 60s poolside film scenes.

To support his meticulously curated collection, Fletcher teamed up with Onitsuka Tiger to create sleek tennis shoes in leather and suede with the D.w.F logo on the sides. There was also the slogan element that has become quite a fixture for the designer, having previously commented on the NHS crisis through phrases like ‘Save our NHS’, on London’s housing issues through ‘RENT’, and on Brexit through ‘STAY’. Here, the buzz word was ‘OUT’, Fletcher telling us pre-presentation that it could symbolise whatever you like: “OUT of the EU, OUT of the closet, or Tories OUT (my personal favourite)!” 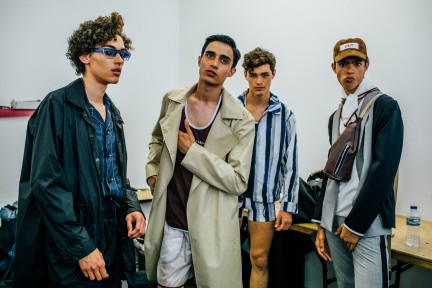