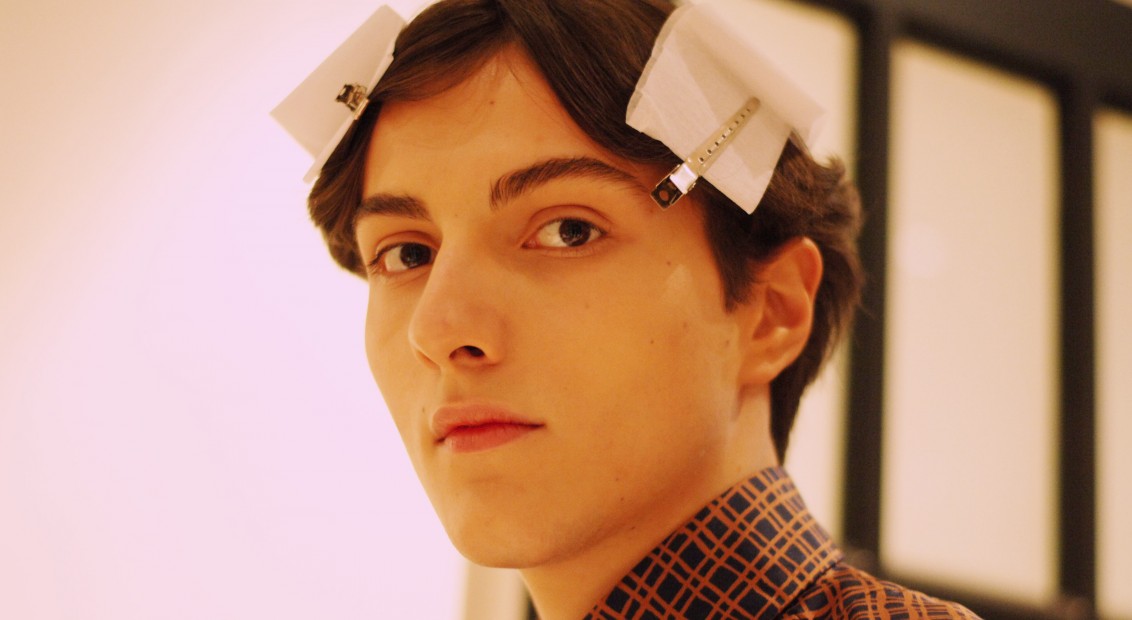 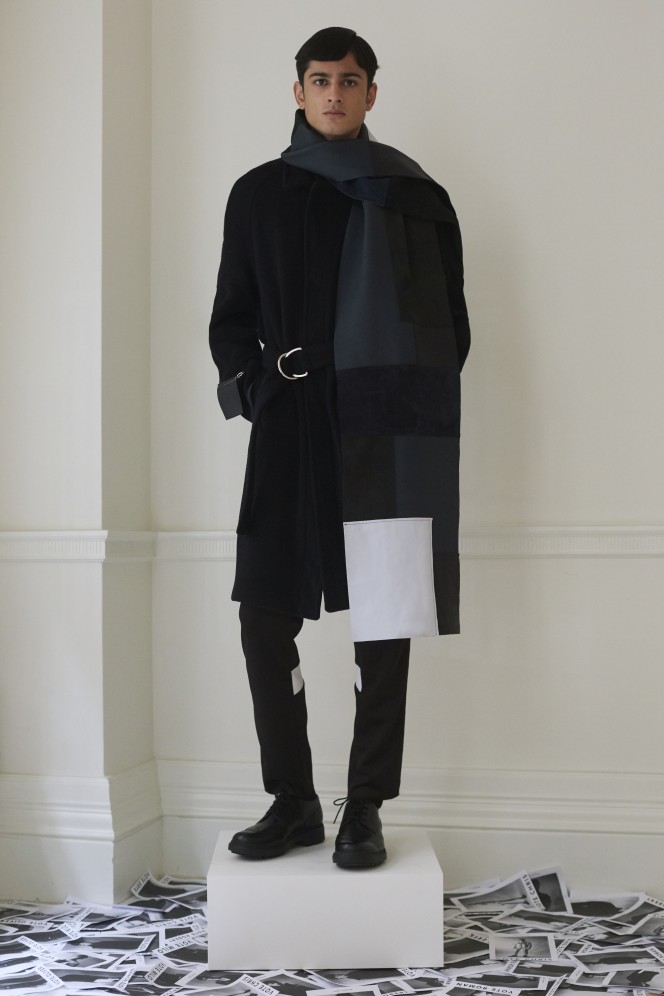 With the current crop of political candidates at an all time low, London designer Daniel w. Fletcher has taken matters into his own hands, revealing his FW17 political rally line-up, complete with canvassing flyers for each model strewn underfoot.

As a designer who draws inspiration from society’s political and social climate, Fletcher has been spoilt by six months of very few ups and a hell of a lot of downs. “It feels like we have taken a step back towards rightwing politics, xenophobia and protectionism and I want to start 2017 off on the right foot and make it clear we are not prepared to bow down to this,” Fletcher told us prior to the show.

Communicating a call for unification, Fletcher drew inspiration from the idea of formal uniform. What began with the concept of designing a uniform for the politically-shafted youth of today, soon evolved into a representation of positivity, protest and progression. In a mature colour palette of predominantly blacks, greys, navy and tan, suiting came reversed; literally via inverted binding; and metaphorically via a subversive desire to play ‘the Suits’ at their own game.

Leather patchwork bonded pieces together (sorry no leather trousers here, Mrs May), whilst shearling netball vests, leather boot bags and thick brogues (a collaboration with Camper) were a nod to 1970s school uniforms kits – a period of similar political discontent. Later in the day at HERO Talks Fletcher said of his collection, “I wanted to channel my anger through my designs, it’s a uniform of community and unity.” 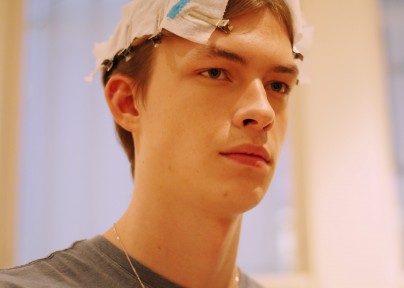