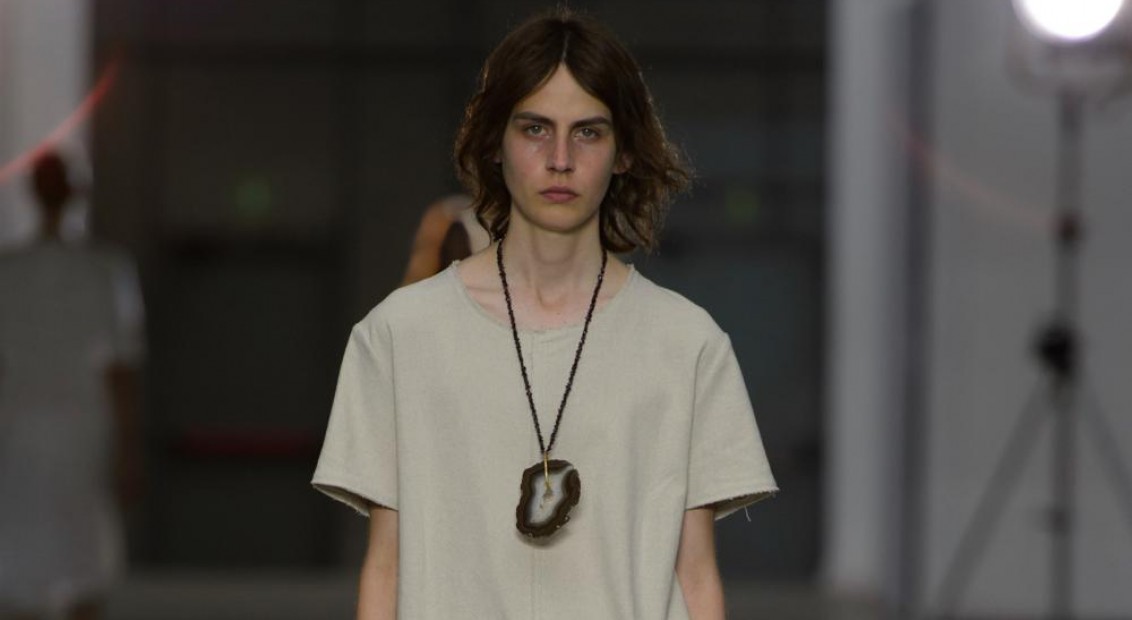 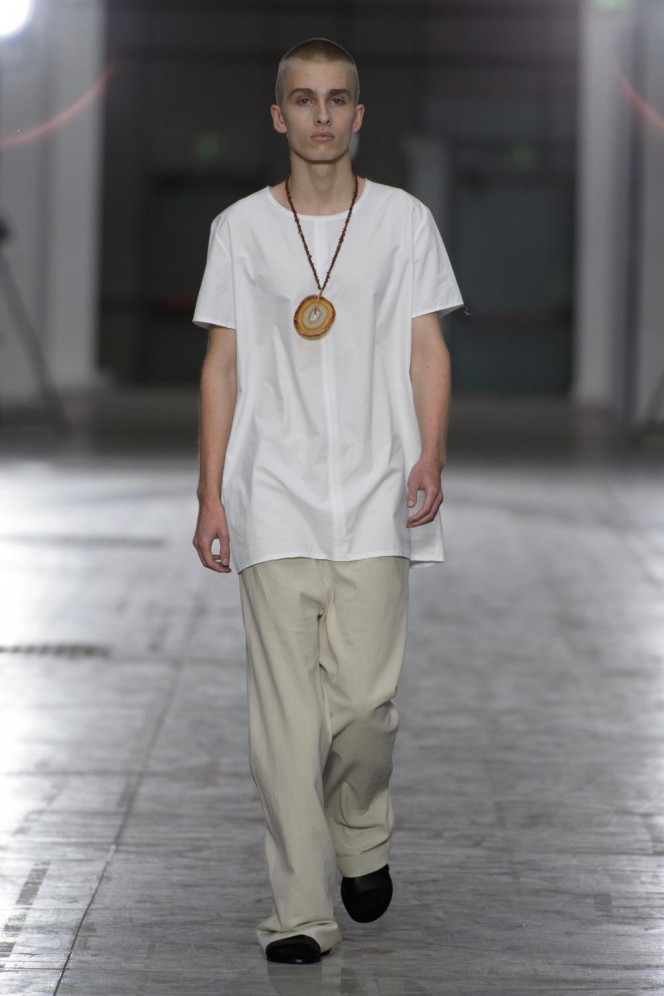 Simplification, in the broadest sense, was exercised by Damir Doma through various ways: no elaborate soundtrack – just a piano; a pared-back venue at Via Tortona; and clothes that were minimalist. But highly considered nonetheless, in every sense.

Pristine, undisturbed colours created an exacted vision. One of purity. Gleaming-white shirts only amplified their construction, one shirt having three-quarter cut sleeves with added volume. Clean-hemmed tunics were tied at the sides, and smaller details like the cowl-neck collars, stood upright, looking unfamiliarly contemporary.

On the flip side, patchwork-style knitwear with contrasting patterns, broke up this theme of serenity: a whisper of chaos and a welcomed differentiator that averted monotony. But what really made its presence were the all-linen looks. One, in a salmon pink, looked as if it was dressed on the model in a controlled drape, with hems pooling at his feet. But the shapelessness created new shapes, something more fluid and intrusive to traditional masculinity. But that’s cool: Doma clearly understands the creed of the modern man.