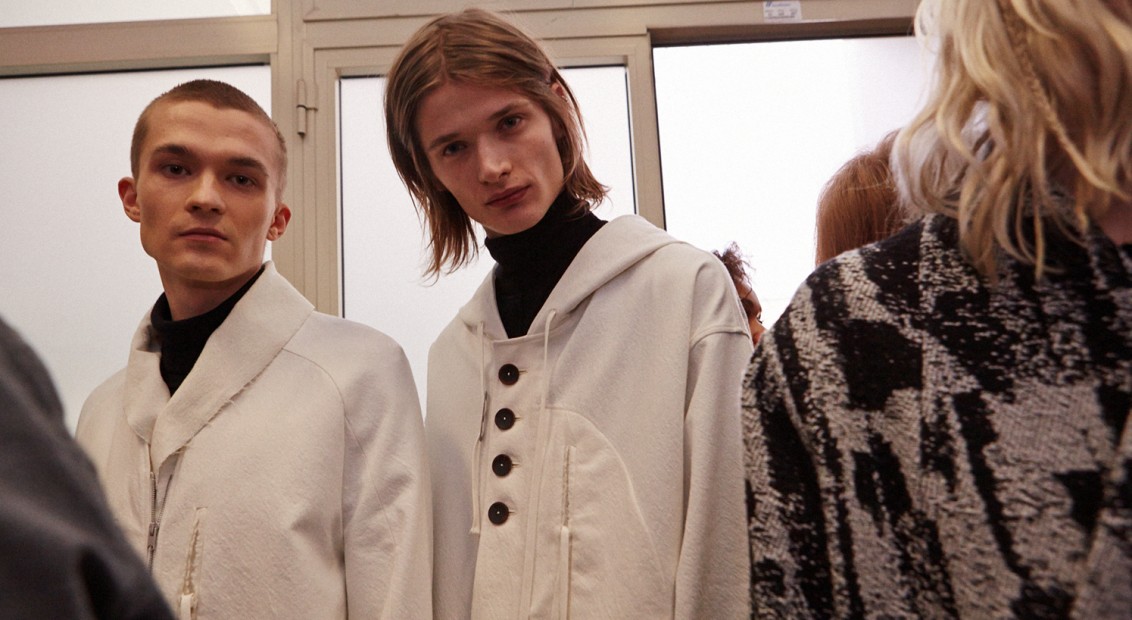 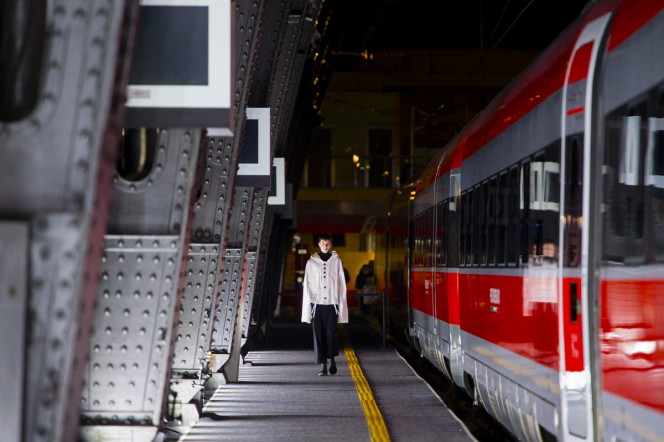 For this season’s show, Damir Doma took the platform at Milan’s Stazione Centrale, a bizarre but brilliant backdrop for his subsequent renewal of street sophistication. Having nurtured his craft under the wing of Raf Simons, the designer founded his eponymous label in 2006, his wielding of cut and a sharp monochrome palette gifting his designs with an engineered elegance that led to his being dubbed “a modern Armani”. And it was this combination that swallowed up the grand old station yesterday.

Full and flared, Doma’s first display saw trousers swathed over the models in a coal-black frame of cloth that came coupled with an equally generous, optic white, button-down hoody, sleeves overextended and hems frayed. Paired with a roll-neck knit it was evident that Doma had sought to mingle smart staples with wild and coarse nuance. The boxy fits came and went with knee-length overcoats and coach jackets, before Doma’s concept of “construction and deconstruction” revealed itself as the substantial shapes were swapped for precision tailoring.

This contrast was not only exacted between the looks but within them – roomy trench coats in crow and smoke abstract print came paired with more optic white in the trousers, meticulously cut this time. The coats themselves bore a slim lapel that polarised the exaggerated sleeves.

The minimalism had evoked an aura of purity, and as if to break the image once more, Doma introduced striking dashes of colour; mustard macs detailed with short tassels, olive knits, a pine-green overcoat and an Atlantic-blue shirt featuring semi-circular embellishment. These sharp bursts flushed the collection with a warmth that beautifully balanced out the bright glow and the deep murk of the rest of his output. 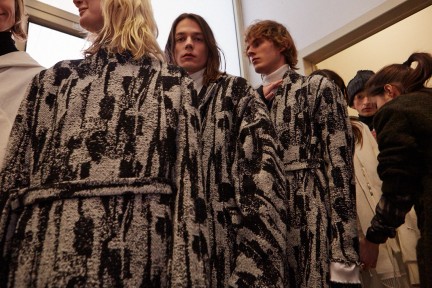