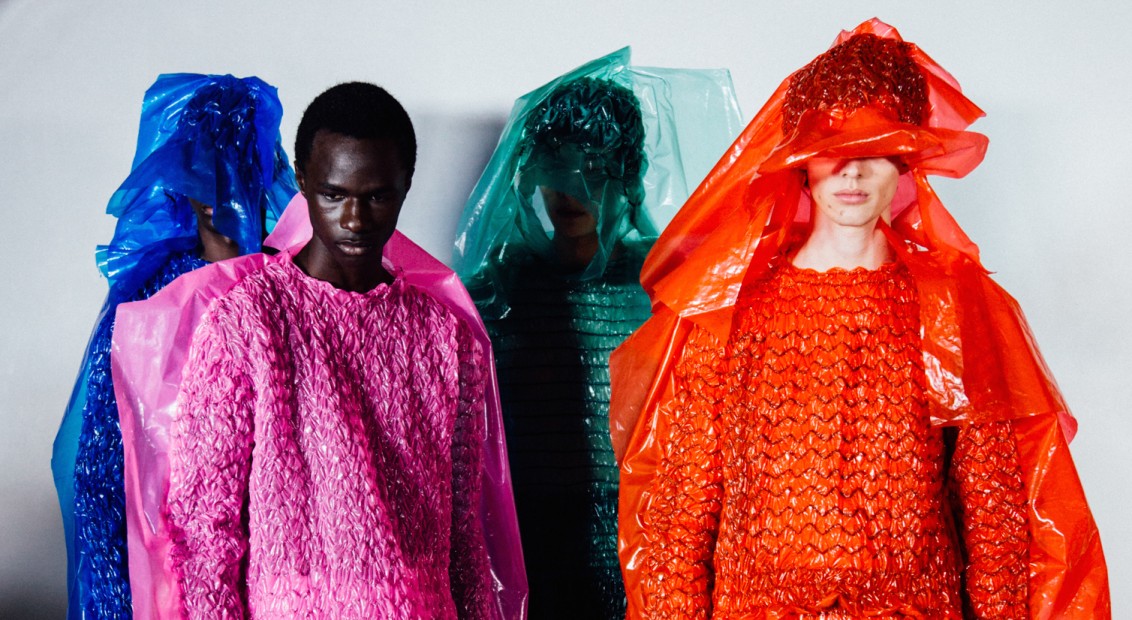 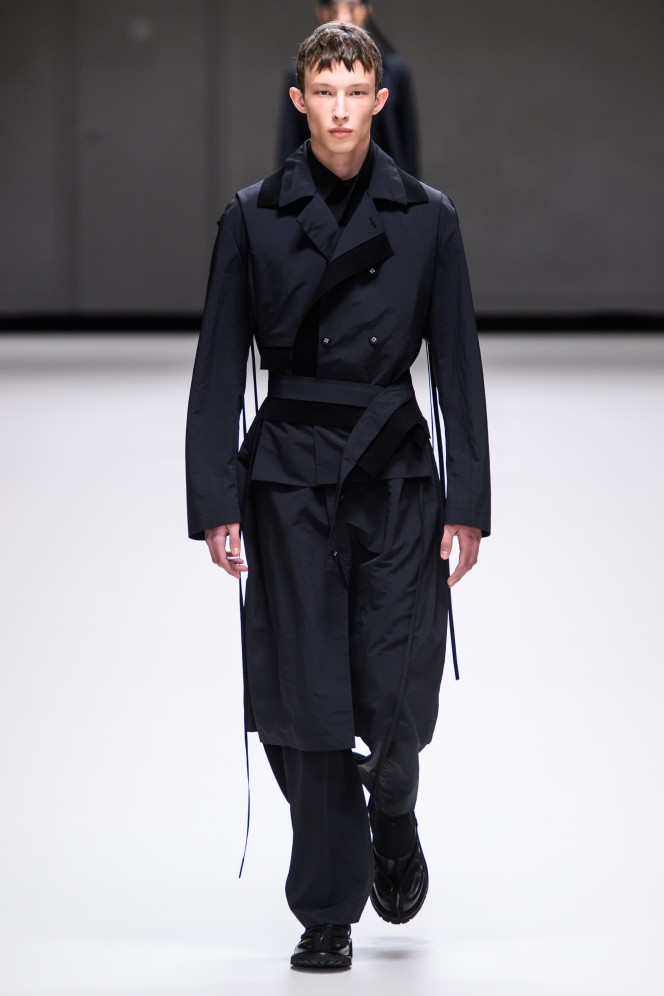 It’s hard to believe that it’s only been six years since Craig Green, now the undisputed king of London men’s week, launched his eponymous label. His inventive twists on workwear have inspired a whole generation of designers, while the sartorial flights of fancy in his shows are balanced satisfyingly by his instinct for supremely wearable clothes. So it was a delight – after the more sinister undertones of his last collection, shown in the Boboli Gardens of Florence as part of Pitti Uomo – to see him move towards something lighter and brighter to round off what was certainly a more upbeat week across the board for men’s fashion.

Where for SS19 he adorned models with sculptural, skeletal structures that seemed to constrict around them like medieval torture racks, here there was a sense of exquisite fragility and lightness, despite the underground setting in the bowels of the old Billingsgate Fish Market. That sense of lift-off came most dramatically with the standout series of looks crafted from smocked plastic, with a visual effect of bubble wrap or blown glass, in a series of translucent candy colours. “I was thinking about a man made of glass, and how emotion doesn’t always mean weakness – it can also mean strength,” he said after the show.

Aside from the genuinely emotional spectacle of this technicolour moment there were, of course, plenty of pieces that practically sold themselves off the runway: gorgeous double-breasted parkas in teal and burnt orange, shirts and trousers with meticulously layered panelling, and for the more adventurous dresser, a series of stylised djebellas that along with the plastic looks were the most memorable takeaway from the show.

“Though indelibly connected, Craig Green’s nomadic men have begun to disband, and gradually discover their individual power,” read the press release. “Now unmapped, their trajectory has broadened its singular focus to encompass many distinct voices, that break away in different directions.” Whereas before Green’s travellers worked as a unit, here they were able to break free, proving their individual worth and freethinking personalities. 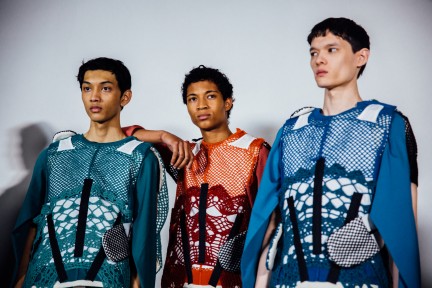